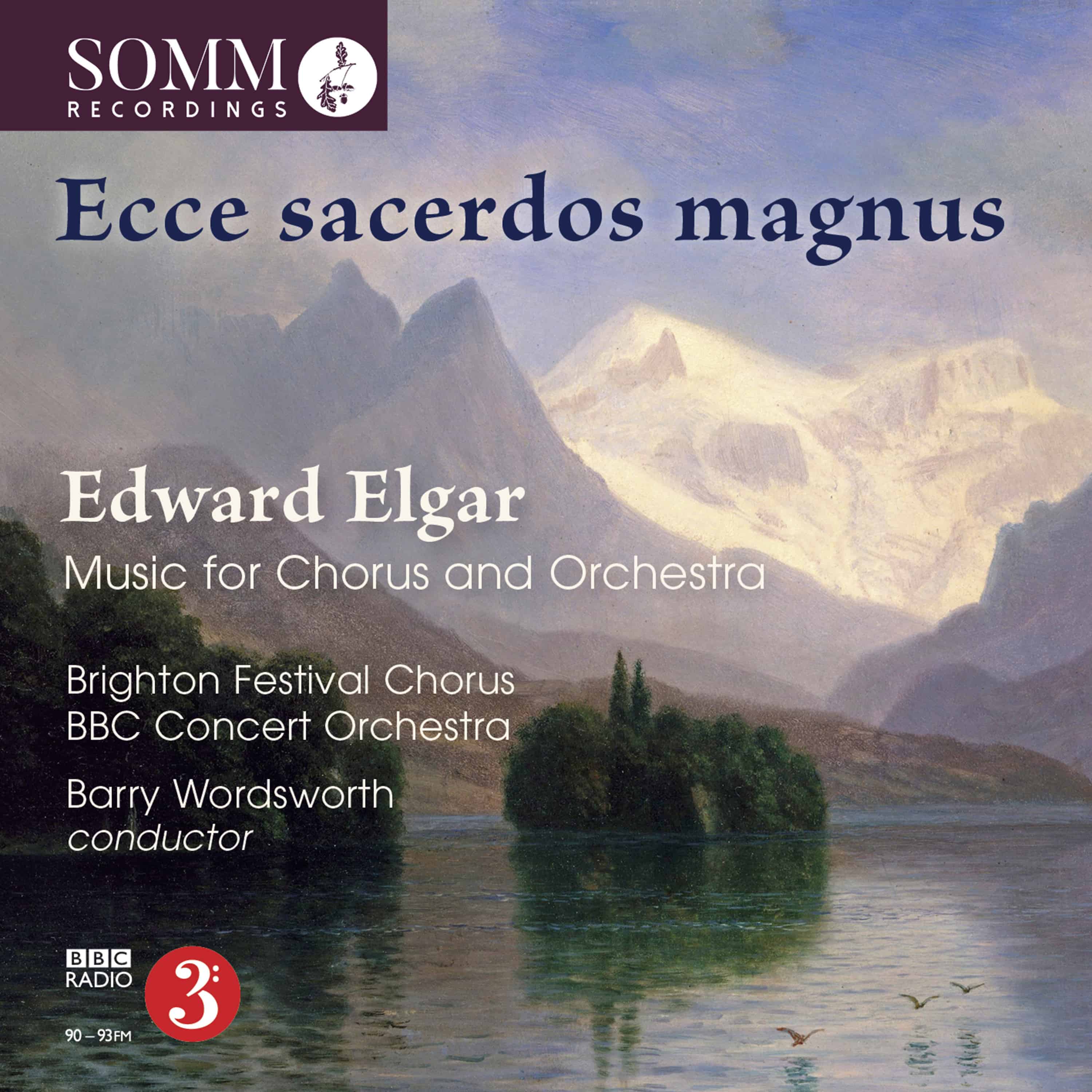 New from SOMM Recordings, Ecce sacerdos magnus, Edward Elgar music for chorus and orchestra, Barry Wordsworth conducting the BBC Concert Orchestra and the Brighton Festival Chorus.  And so Ecce sacerdos magnus "we behold the great priest who, in his days pleased God" : a short piece for chorus and organ, from 1888, written for St George's, the church in which Elgar had been baptized, and where he followed his father as organist.  Elgar's Te Deum op 34/1  and Benedictus op 34/2 were first heard at Hereford Cathedral at the opening concert of the Three Choirs Festival in 1897.  The energetic introduction to the Te Deum brims with the expansiveness we now associate with the mature Elgar.  Searching chords herald the Benedictus, the voices of the choir building up texture, the higher voices particularly lucid. A stunning finale : "Glory be! Glory Be to the Father and to the Son and to the Holy Ghost!", and a sudden, emphatic conclusion. Perhaps this confident spirit caused the then Hereford organist G R Sinclair to remark "It is very very modern, but I think it will do".

A more contemplative mood for O Hearken Thou op 64 (1911) a short Offertory anthem written for the Coronation of King George V at Westminster Abbey in 1911. Two Psalms, Great is the Lord (Psalm 48) op 74 (1912) and Give unto the Lord (Psalm 29) op 74 (1914), demonstrate Elgar's ability to give an individual touch to conventional form.  Great is the Lord is set with particular vividness.  The Brighton Festival Chorus define the swaying cross-currents in the choral line suggesting the "trembling" excitement that takes hold of the crowds in the vast City of God. No matter that the texts are less clearly articulated, since the chorus provides background for the solo voice that rises above it. "We have thought on thy loving kindness, O God".   Give unto the Lord ends with an almost theatrical climax.

Secular adventures, starting with  Spanish Serenade op 23 (1892)  based on a play by Henry Wordsworth Longfellow, The Spanish Student.  Cue for cheerful music, evoking guitars, student songs and gypsy dancing. A nice entree to the ever popular Scenes from the Bavarian Highlands op 27 (1895).  Richard Strauss's home turf, but here heard through the filter of a Victorian Englishman and his wife.  These are Edward and Alice's "holiday snapshots": vignettes of cheerful peasant song and dance with a background of colourful mountain scenery.

As a bonus, a short clip from Haydn's Harmoniemesse Hob XXII :14 from an early  radio broadcast by the Munich Cathedral Choir where the Benedictus is taken at a slow pace, illustrating possible connections with Elgar's Ecce sacerdos magnus.