Remembering Márta Kurtág - a true artist and human being 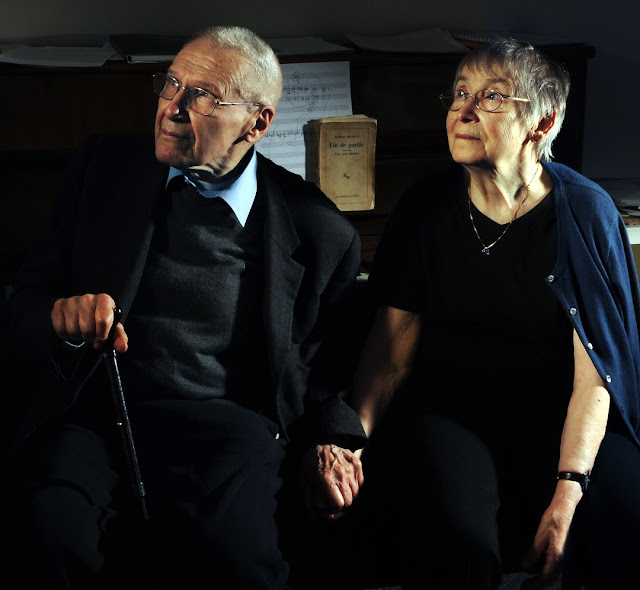 Márta Kurtág has died.  Her relationship with György Kurtág was very much a partnership of creative equals. They were together for 73 years, working, playing and inspiring each other. Shockingly, wikipedia leaves her out of his entry !  She was a great pianist in her own right. Fortunately, we were privileged to experience  them together many times : the symbiosis between them was so strong, it was palpable. In recitals, they often played together, picking up on each other so closely it was as if they were two parts of the same whole. That chemistry seemed to impart to those around them, too. Many of their students became very close personal friends and colleeagues. What a warm, sympathetic person Márta was ! Her spirit will live on.
Hearing them play together their performance embodied a lot about the Kurtág ethos of understatement. They would sit before a humble upright piano, just as if they were at home. No grandstanding. Backs to the audience, expressing the essence of music, drawing the listener into that private inner circle, like part of the family.  Sometimes their arms would cross diagonally so each would be playing at the opposite end of the keyboard. The world has lost someone who understood what it is to be a true artist, and human.
at October 18, 2019

Email ThisBlogThis!Share to TwitterShare to FacebookShare to Pinterest
Labels: Kurtag

Thank you for your very eloquent eulogy to a great artist and human. I had the honour to meet the Kurtágs and hear them play; it was exactly as you say and an unforgettable and life-changing experience. May her memory be a blessing.