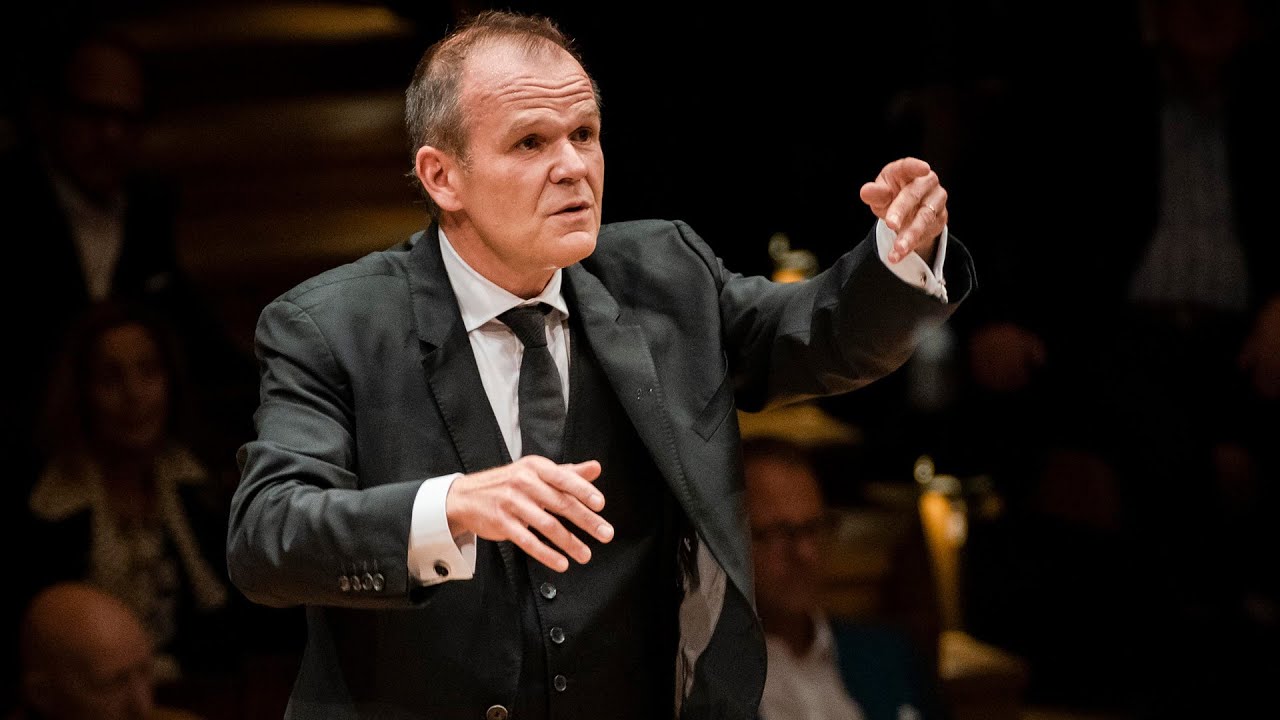 Edgard Varèse Night  - two concerts - at the Philharmonie, François-Xavier Roth conducting the Berliner Philharmoniker, with Pierre-Laurent Aimard.  By sheer coincidence, this waas the day after the death of Chou Wen-chung, Varèse's friend and foremost scholar. (Please read more here)   Thoughtful programming !  First off, Joseph Haydn Symphony No. 59 in A major “Fire Symphony”an early work, from the 1760's.  The connection to Edgard Varèse?  Haydn was a court composer, obligated to turning out music for his employer,  Prince Nikolaus Esterházy. Yet Haydn created the modern symphony, paving the way for many others.  Varèse was a lone figure, pioneering new forms in a new world. The first concert featured Béla Bartók, another highly individual personality, who didn't write conventional symphonic works, but forged new approaches to other forms.

Pierre-Laurent Aimard played Bartók's Concerto for Piano and Orchestra No. 3, Sz 119 (1945), followed by Roth and the Berliners with Bartók's Dance Suite, Sz 77(1923). Stylish ! Varèse's Arcana for large Orchestra completed the set. Arcana is the biggest of Varèse's works, and relatively accessible.  The original version,from 1925-7,is scored for massive forces, roughly 120 players altogether,  68
strings, 20 woodwinds, 20 brass and a phalanx of percussionsts playing 40 different instruments from timpani to castanets.  It's also very visual : watching is very much part of the experience.  It's not every day you see rows of trumpets and trombones, some muted, some not playing together, or 8 horns raised heavenwards. This time,we heard the more compact  revision from 1960, which balanced more neatly with Haydn and Bartók. Arcana is big, but its bigness springs from its musical function. It proceeds like a gigantic beast, its component parts articulated to move in stately formation, groups of instruments impacting on each other in constantly varying combinations. Whatever Varèse meant by its title, the piece moves as if it were a mythical creature brought to life by arcane spells and incantations. Varèse might be called the Wild Man of Modern Music, but he was aware of the importance of structure and progression.

Logically then to the Late Night concert with members of the Berliner Philharmoniker in smaller ensemble. Varèse Density 21.5 for solo flute, emerging mysteriously like primeval sound, a single melodic instrument developing many different motifs. In Intégrales the piercing cry of the clarinet is answered by rumblings and fractured tappings in the percussion, the other winds picking up on the clarinet's long lines. At moments a snatch of a vaguely familiar tune, almost like Ravel Boléro which was not published at the time Intégrales was completed in 1923. Hyperprism, for winds and percussion, experiments with new sounds, the "klaxon" of Amériques, just one of the procession of timbres, textures and rhythms. Ionisation is orchestrated solely for percussion instruments. The concept, though, is ancient, since much non-western music is percussion based.  It connects, too, to the “primitive” that fascinated modern artists like Braque, and the ethos of Africa, "the Dark Continent" to New York audiences who were horrified by the piece at its premiere in 1933. Ions are particles that build up to form larger units. so Ionisation foresees the idea of cells of sound multiplying to form more complex structures, while fragmenting and re-forming.  Octandre for seven Winds and Double Bass is a group of three miniatures. In the first movement, marked assez lent, an oboe calls, answered by clarinet, both pitched closely so their sounds seem to vibrate off each other. This vibration becomes even more marked in the second movement, marked Très vif et nerveux, the dichotomy developed still further in the last movement marked Grave-Animé et jubilatoire. Nothing primitive in this tightly crafted orchestration.  Sarah Aristidou was the soloist in Offrandes from 1921, soon after the groundbreaking Amériques.  The instrumentaion is relatively conventional, but the vocal lines are freer and more modern, pitched high like the instruments the voice imitates. The texts come from Vicente Huidbrodo and José Juan Tablada.