A Face in a Crowd 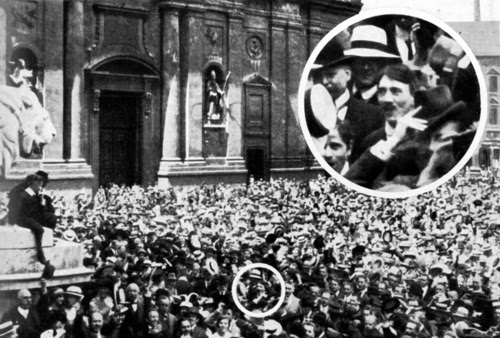 One hundred years ago today, Austria-Hungary declared war on Serbia. From relatively small beginnings, thus was ignited the "Thirty Years War" of the 20th century. In Vienna, saccharinely rebranded the "City of Dreams", people gathered to cheer. The Face in the Crowd ? Adolf Hitler. Those who don't learn from history are doomed to repeat it.
at July 28, 2014

Email ThisBlogThis!Share to TwitterShare to FacebookShare to Pinterest
Labels: 1914-18, war