BBC First Night of the Proms 2014 Elgar The Kingdom 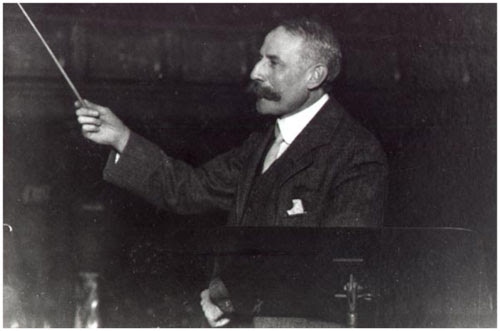 Sir Edward Elgar's The Kingdom, First Night of the BBC Proms 2014. A magnificent start to the season, particularly one which commemorates 1914, the start of the First World War. From that perspective Sir Andrew Davis's The Kingdom moved me deeply.

Elgar dreamed of writing a trilogy of oratorios examining the nature of Christianity as Jesus taught his followers, using the grand context of the Edwardian taste. In The Apostles, Jesus sets out his beliefs in simple, human terms. Judas doubts him and is confounded. In The Kingdom, the focus is more diffuse. The disciples are many and their story unfolds through a series of tableaux, impressive set pieces, but with less obvious human drama. The final, part would hase been titled The Last Judgement, when World and Time are destroyed and the faithful of all ages are raised from the dead, joining Jesus in Eternity. The sheer audacity of that vision may have stymied Elgar, much in the way that Sibelius's dreams for his eighth symphony inhibited realization. Fragments of The Last Judgement made their way into drafts for what was to be Elgar's third and final symphony, which we now know in Anthony Payne's performing version. There could be many reasons why Elgar didn't proceed, but he may well have intuited the contradiction between simple faith and extravagant gesture.

In his excellent programme notes, Stephen Johnson describes The Kingdom "as a kind of symphonic 'slow movement', a pause between two much more monumental pillars. It doesn't exist on its own out of context, and can't really be judged as a stand-alone. Elgar's creative output declined after the First World War. Since we know the wars that followed, listening to this piece is even more poignant. The Kingdom is a fragment of a confident but doomed past. I also like The Kingdom because, like The Apostles, it portrays Jesus and his followers are down-to-earth ordinary men and women encountering events normal comprehension. They're not pious saints but simple folk with fears and insecurities, saved by faith. 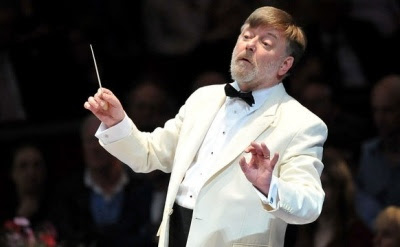 Andrew Davis conducted the Prelude with sober dignity. The disciples are starting a journey that continues 2000 years later. Davis's tempi were unhurried, with just enough liveliness to suggest the excitement of hopes to come. There are familiar themes from The Apostles here, and lyrical passages, which Davis conducted with particular finesse. I watched his hands sculpt curving shapes, and the BBC Symphony Orchestra responded well. Nice bright horns, seductive lower winds. The long pauses with which Davis marked the different parts of the piece serve a purpose, but tended to break the flow. However, Davis masterfully contrasted extreme of volume and relative quietness, giving dramatic structure.

When the combined forces of the BBC National Chorus of Wales and the BBC Symphony Chorus entered, the effect was splendid. This is what good choral singing should be: lush richness yet brightened by sharp, disciplined diction, individual sections clearly defined within the mass.  These Christians march forwards but don't lose themselves  to the multitude. Unsurprisngly, the chorus masters were two of the best in the genre: Adrian Partington (of Three Choirs fame) and Stephen Jackson.

The soloists were Erin Wall (Mary the Virgin), Catherine Wyn-Rogers (Mary Magdalene), Andrew Staples (St John) and Christopher Purves (St Peter). All are extremely reliable, and well experienced in large choral repertoire, and they delivered well. Staples, however, was unusually  expressive. His firm, animated tenor seemed to shine from the dense textures in the music around him. The Kingdom unfolds like a procession of tableaux, each savoured at a measured pace, so Staples provided welcome individuality.

Interestingly, The Kingdom focuses on female figures. The contralto (Wyn-Rogers)  has lovely recitatives and the soprano (Erin Wall) has the glorious"The sun goeth down".  The female choruses have good music, too,  and were very brightly coloured and lively. Davis highlighted the relationship between solo voices and instruments, such as the dialogue between Wall and the First Violin, Stephen Bryant. The Kingdom is a showpiece, not because it's flamboyant but because it's restrained.  More a prolonged recitative than an aria, but without recvitatives to hold the drama together, where would we be ? It's better, in many ways, to start the BBC Proms season with something esoteric than with something crude.

This review also appears in Opera Today. Each year I cover around 40 Proms, so please keeping coming back. Please also read my other posts on Elgar, on Three Choirs, The Apostles, Caractacus, The Dreeam of Gerontius, The Powicj  musiuc and so on.
at July 19, 2014