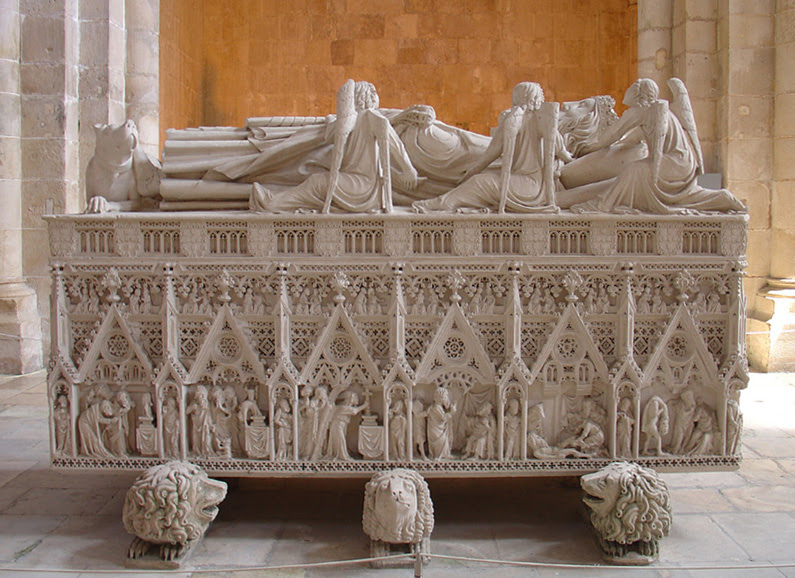 James MacMillan’s Inés de Castro, revised and revived with the Scottish Opera, Edinburgh.  Read Rupert Christiansen in the Telegraph here.  The romance of Inés and Pedro has inspired works of art for centuries.  Horrified by adultery (and its political consequences) the King of of Portugal had  Inés's head cut off, reputedly in front of her children (his grandchildren). There are stories that Pedro had her exhumed, and her corpse crowned in a semi-Satanic ceremony.  Nice Catholic kids studying Camões learned not only about great love but also about lust, murder and the macabre,

The photos show the tombs of Pedro and Inés in the Mosteiro de Santa Maria de Alcobaça. Even the setting is dramatic. The tombs are in what seems to be a spartan, empty wing of the main building, reflecting  the desolation Pedro must have felt. Then, as you come close, the sculptures, among the finest in all Europe, reveal their glories. You could spend hours studying the detail and imagery. The romance is depicted, its tragedy, and its moral epilogue: souls descending into hell.

I've wanted to hear MacMillan's Inés de Castro for twenty years  but short of travelling to Scotland, what's the chance   This is where the idea of a nationally aware arts organization (even if London based)  comes into play. Scottish Opera, no matter how hard it tries, can't hope to reach the rest of Britain on its own. MacMillan is one of the major names in British music, and his music is readily accessible.  This would be a chance for the BBC to deliver on Tony Hall's promise of making it a major force for the arts.

But what do we actually get when we turn to the flagship BBC Arts ? There's a short clip of MacMillan talking about the opera, which is very useful, but no substitute for the music. Without context, it's pretty much meaningless.  The BBC Arts homepage is barely more than a collection of random clips.  The Space, its predecessor,  failed because it was disastrously mismanaged.  If the French and Germans can do umbrella arts web channels why can't the British? The BBC is in a better position to do this than anyone else, even if it drives Rupert Murdoch crazy, but it seems to have lost the plot, and learned nothing from the mess The Space descended to. 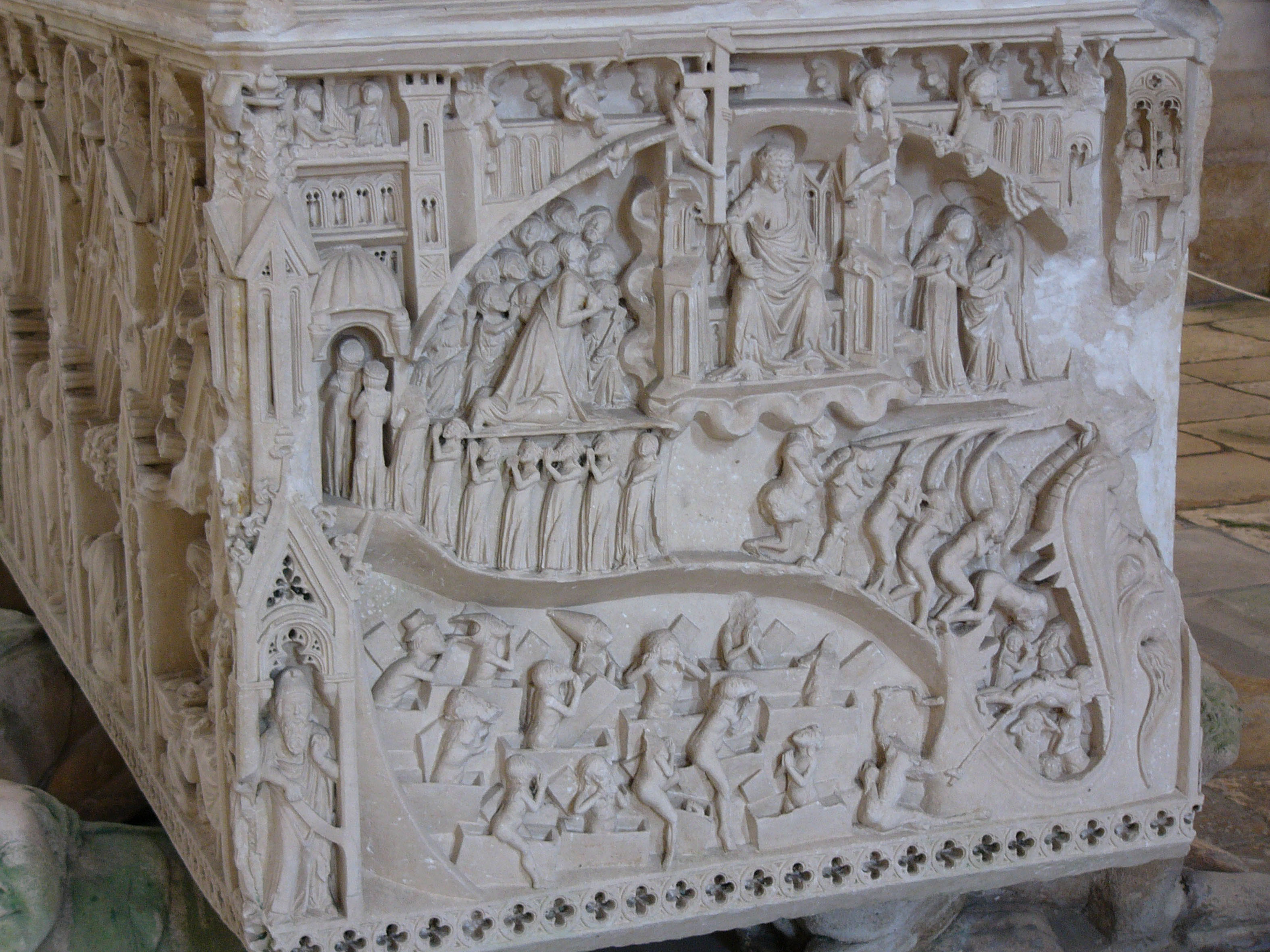 Such a magnificent opera... I wish it could be televised again or performed in London