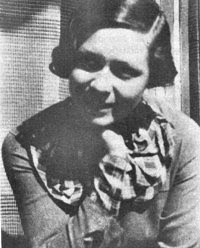 Vítezslava Kaprálová would have turned 100 this weekend. Had her situation been different, she might, conceivably be alive today, respected  in her own right, rather than a passing footnote in the shadow of others.  We need to remember her, for her music, but also for her place in Czech history. I won't say for her place as a female musician because I don't believe in cynical bandwagon feminism. No-one should be classified by gender. Kaprálová is far more interesting as herself.

Kaprálová  was was five years old when Czechoslovakia gained independence. She left the country before the Germans invaded in 1937, and died in Montpellier, soon after the fall of France. Like the first Czech Republic's, Kaprálová's life ended far too early. Kaprálová is largely forgotten, for anyone who dies aged only 25 leaves little for posterity. They haven't had a chance to fulfil their potential.  She was born into the Czech musical aristocracy.. Her father, Vaclav Kapral, was a composer, her mother a singer. They knew everyone in close-knit Czech musical circles. Kapral was a student of Janáček, and contributed an article on the elder composer's choral music in a magazine celebrating Janáček's achievements. Evidently young Kaprálová heard or read the scores of what Janáček wrote, and no doubt was familar with a great deal more. She came into contact with almost every big name in Czech music circles, so perhaps it was inevitable that she was something of a child prodigy. She started writing her own music from the age of 9 and entered the Brno Conservatory aged 15. She moved between Prague and Paris, developing a strikingly original voice. 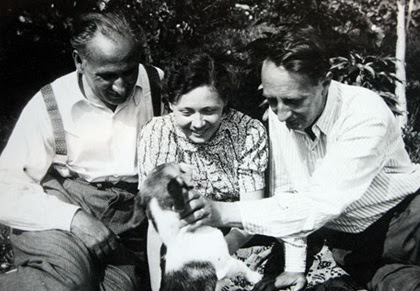 Consider her song January, for voice, piano, flute, two violins and cello (1935,  (link HERE) the month  she turned 20. This is a beautiful piece, the non-vocal writing exquisitely balanced. The poet is Vítězslav Nezval (1900-58), whom Kaprálová probably knew personally. He was a musician who studied with Janáček but is better known for his association with the thriving Czech avant garde in the 1920's and 30's, where literature, music and film art flourished in a kind of Czech renaissance largely unknown to anglophones. "In the night the frost painted on my window a delicate vase. I am horrified of winter days and vases!" The protagonist sees frozen virgins in a boarded-up house, a chill church organ, ceilings falling in. Exquisite balance, the instruments (especially seductive cello) curving round the voice, slowly encircling it. And this is just Kaprálová's op 5! 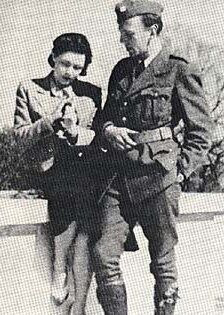 Evidently she had a very original, creative mind. With her impeccable connections, she was very much part of the lively arts scene in the new republic, creating its own distinct identity through music, literature, visual arts and film.  She also lived an independent , liberated lifestyle.  Much is made of her affair with Bohuslav Martinu, but their relationship didn't last. She  married Jiří Mucha, son of Alphonse Mucha, who defined art nouveau painting and design. After Kaprálová's death he married Geraldine Thomsen Mucha. Their home in Prague was a shrine to a remarkable era in Czech history.

Kaprálová began conducting in her teens and worked with masters like Vítězslav Novák and Václav Talich. In her early 20's she was conducting the Czech Philharmonic and made a notable impact on her contemporaries, including Rafael Kubelik, also part of the Prague musical elite. In 1938, aged 22, she conducted the BBC  Symphony Orchestra in her own Miliitary Sinfonieta (1937). Against the background of Nazi confrontation, it's quite a statement. Fierce, bright brasses suggest defiance, more lyrical passages suggest the endurance of more peaceful (possibly Czech)  values.. The tension between driving ostinato and themes of soaring  freedom give the piece considerable sophistication. Perhaps we can even hear echoes of Janáček's Sinfonietta in the cheeky, rhythmic fanfare towards the end.  It may well be Kaprálová's humorous way of acknowledging quirky nationalist spirit. No really good artist copies, or lives under the control of anyone else. Kaprálová is unique. When she died, aged only 25, after the invasion of France, a truly fascinating talent was extinguished.

Please read my other pieces on Kaprálová and on Czech music and film.

Email ThisBlogThis!Share to TwitterShare to FacebookShare to Pinterest
Labels: Kapralova