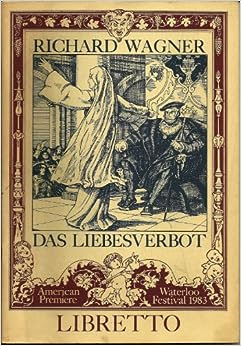 "Aron Stiehl’s production of this rare early Wagner opera cheerfully brings commedia dell’arte to La Cage aux Folles.At the outset it should be said that as Das Liebesverbot has so seldom been staged since its disastrous premiere in Magdeburg nearly 180 years ago, this was more a case of re-birth than resurrection. Reportedly after word had got around that the opera was echt Abfall, only three people turned up to the second performance and Richard Wagner (who was 23 at the time) virtually disowned his own composition and insisted that it must never be performed in the sacred Bayreuth Festspielhaus"    MORE HERE

Email ThisBlogThis!Share to TwitterShare to FacebookShare to Pinterest
Labels: Wagner.