Boulez at 90 : a personal appreciation 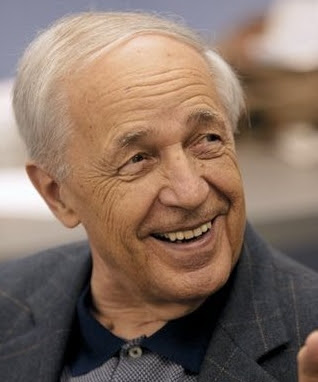 Pierre Boulez turns 90 on March 26th. Celebrations started months ago, and will continue for a while.  There's so much interest in Boulez that it would be impossible to squash it all in at once. In January,  François-Xavier Roth conducted the SWR Sinfonieorchester Baden-Baden und Freiburg with Pierre-Laurent Aimard.   It was with this orchestra that Boulez began the major part of his conducting career,  on the recommendation of  Hans Rosbaud, who'd come to know Boulez through Le Domaine Musical, the extraordinarily influential concert series Boulez curated in Paris. Boulez was already well established as a composer. His mentor, Olivier Messiaen, used early Boulez works to teach other students. Boulez is more than a composer who conducts; he is also a driving force in modern music. He founded Ensemble Intercontemporain and IRCAM, which has now grown into part of the new Philharmonie de Paris.  He was honoured in its keynote opening galas. French radio has done all-day Boulez marathons, no doubt followed elsewhere. In London, we had a Boulez Total Immersion, with several more concerts to come.  Time to replace the myths that have grown up around Boulez, and replace them with information.

A few years ago, I was at a private reception full of the great and good in European music. A  very difficult new piece was being premiered (not Boulez). Afterwards I was chatting to the young musician about circular breathing. We were in a corner, away from the crowd. And who should appear, leaving his entourage, making a point of quietly  encouraging the young player, who nearly fell over in surprise. Sincere encouragement, without ostentation.  Very different indeed from the myth of wild man.

Similarly, one year at Aldeburgh, Boulez charmed the Bach Mass crowd who come in every year.  That year, their buses arrived very early, and about 30 of them joined a masterclass Boulez was giving.  Noticing the influx of people even older than himself, he addressed himself directly to them and their interests. They stayed for the music, enjoying themselves.  At the end, some of them lined up to shake his hand, because no-one had told them they must not like modern music.

Until a few years ago, there was a perception that Arnold Schoenberg was the devil who destroyed western music.  But there never has been a time when music has stood still. Rameau shocked audience because he wasn't Lully. Paris  took a while to warm to Bizet or Berlioz.  Schoenberg's closest followers wrote music very different from their own. That's the real message of creativity: good composers are original, they aren't slavish copyists.  So, too, Boulez, who opens up possibilities for others to pursue in their own way. So what if, as a conductor, he programmes new repertoire?  Sir Henry Wood did that all the time. He even conducted Schoenberg.  The market is so big that no-one can do everything.  Boulez is a brilliant Messiaen conductor, but he can't stand the Turangalîla-Symphonie. The world hasn't collapsed., since others do. Nowadays we get far too much mediocrity because commercial pressures force conductors to do what the market wants, rather than what they actually care about. A conductor's duty is artistic excellence, which comes with the integrity to express things with personal vision, .

Another perceived problem with Boulez is that he's an intellectual. He's exceptionally well read and knowledgable, and a rigorous thinker. In this world where search engines make people instant experts, perhaps it's threatening that real wisdom comes from the  gradual way data is processed. and absorbed. Emotion can be expressed in many ways.  Boulez's emotion isn't worn on the sleeve, but white hot with the subtle intensity. that comes from deep engagement  As the world plunges into the barbarism of fundamentalist extremism ,we need all the more to appreciate the complexities of an intelligent mind.  Sometimes I think the rise of Creationism is affecting music history. At the end of the day, it doesn't matter how clubbable and conforming a person is, but whether they are true to their art.

Above, a photos of  Messiaen, Loriod and Boulez in 1944. So what if Boulez scrapped with Messiaen?  As Pierre-Laurent Aimard, has said, sons need to rebel against their fathers to find themselves. Messiaen didn't stop loving Boulez one jot, and neither did Boulez stop loving him. One day, Boulez heard that Messiaen was trying to track down a   balafon, a West African xylophone. He found one, and carried the massive thing all the way up to the organ loft, where Messiaen was working.  Their bond was too great to be broken.

Email ThisBlogThis!Share to TwitterShare to FacebookShare to Pinterest
Labels: Boulez

Pierre Boulez is to music what Dr. Joseph Mengele was to the medical profession.