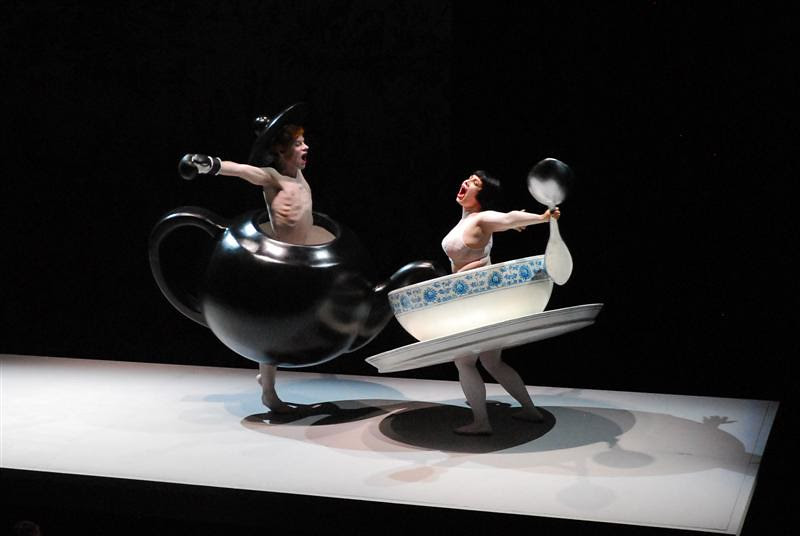 Free, and online, on demand internationally - Glyndebourne 2015 productions will be available via the Telegraph from May 24th.  Carmen, L'heure espagnole and l'enfant et les sortilèges, (June 21st for a week), Die Entführung aus dem Serail (from 9th July), The Rape of Lucretia (from 9th August)  The Ravel double bill is brilliant ! I was at the premiere - read more HERE. and an interview with Laurent Pelly.  I was a lot less impressed by The Rape of Lucretia, though., Full details of this year's Glyndebourne Festival HERE. New productions like Poliuto and Saul aren't included but that's fair enough.

On-line streaming like this is, I think, the way forward. In-house seat sales aren't enough. HD broadcasts were brilliant when they first came out, but they aren't the best way to do things. Cinema is old technology, gradually giving way to new forms of delivery, like Netflix.  Cinema chains don't make money out of the arts, so they're not inclined to market well.  In any case, why go to a one-off broadcast in some smelly cinema when you can watch where you want, when you want, in comfort, alone or with friends  Broadcasts are horribly expensive, so if cinema sales don't sell, they are a seriously dangerous gamble. John Berry of the ENO was right not to be keen, but in this present political climate, the ENO is damned if it doesn't reach out even if that reaching out loses money.
at March 05, 2015