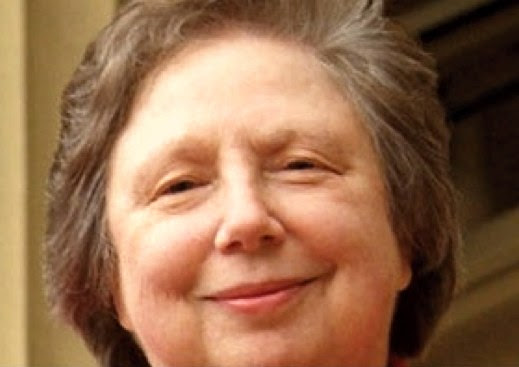 The Nash Ensemble's 50th Anniversary Celebrations at the Wigmore Hall were crowned by a recital that typifies the Nash's visionary mission.  Above, the dearly-loved founder, Amelia Freeman,  a quietly revolutionary figure in  her own way, who has immeasurably enriched the cultural life of this country. Ostensibly, the concert featured some of the best modern British composers, plus Elliott Carter, an honorary Brit, since his music has been so passionately championed in this country.  But a deeper perusal of the programme revealed even greater depths.. "Poetry beyond Words" I thought, since most of the pieces transformed their original sources in text and visual images into exquisitely original works of art. Lieder ohne Worte: an affirmation of the life force that is creativity.

Simon Holt's Shadow Realm  (1983) gets its title from a poem by Magnus Enzensberger (a favourite of Hans Werner Henze).  ".....for a while/ i step out of my shadow/for a while.....".  Holt's music penetrates the elusive mysteries of the text, going beyond the words to express its spirit. It's structured in two halves, "shadowing" one another, but scored for an unusual combination of clarinet, harp and cello, creating a three-way conversation  creating a further shadow around the duality of its conception. It's a miniature, only eight minutes long, but its concision is so elegant that it puts to shame many works which drown in verbose meandering. Holt was only 25 when it was written: a remarkable original achievement by a composer whose self-effacing manner belies a mind of great originality. It says much about the Nash Ensemble that they commissioned it, long before Holt became famous. 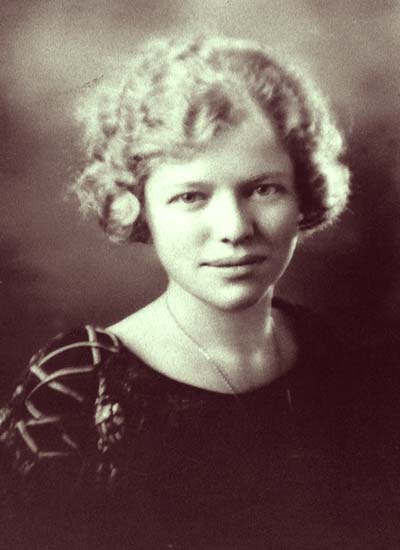 The poems of Lorine Niedecker (1903-1970) pack intense meaning into fragmentary, haiku-like lines, some of which don't even follow grammatical syntax. But therein lies their beauty.(that's her in the photo). Harrison Birtwistle's Nine Settings of Lorine Niedecker (1998-2000), another Nash commission, distils each poem with a kind of almost homeopathic concentration, communicating the spirit of the poems, far more creatively  than mere word-painting.  Claire Booth sings arching lines which reach upwards and outwards, sustaining the legato, while the cello weaves around, without interruption, coming into its own only when the voice falls silent, like an elusive echo, Eventually, the poems seem to move away, beyond human hearing. The music gradually slows down, voice and cello retreating together with melancholy "footsteps", each note expressed with solemn dignity.  Birtwistle recognizes the fundamental structure of Niedecker's text, but emphasizing syllables and single words, rather than phrases. " thru bird/start, wing/drip, weed/drift", though in the text the words are joined. Perhaps this captures the sense of water, dripping quietly in some vast stillness. Yet it's also typically Birtwistlean puzzle-making,  creating patterns within patterns, layers within layers. Beautiful moments linger in the memory, like the "You, ah you, of mourning doves", where the poet plays with the word "you", which sounds like dove call yet also evokes human meaning, while the composer, for once, infuses the word "mourning" drawing its resonance out, like the cooing of the bird.

One of the great joys of Julian Anderson's music is that he's an extraordinarily visual composer. Graphic images inspire his music and enrich its interpretation. His Alhambra Fantasy (2000) was stimulated by Islamic architecture, The Book of Hours (2005) by the miniatures in  Trés riches heures du Duc de Berry, and even Symphony (2003), despite its non-committal title, owes much to the paintings of Sibelius's friend, Axel Gallen-Kallela. Yet again, the Nash Ensemble recognized his unique gift almost from the start.  Poetry Nearing Silence (1997) was inspired by  The Heart of a Humument, a book of paintings by Tom Phillips, where random words from an obscure novel were picked at random, then adventurously illustrated.  See more here.  Just as Phillips transforms words into visuals, Anderson transforms ideas into abstract music. Eight highly individual segments unfold over 12 minutes. Each has a title, borrowed from the book, though the settings as such aren't literal.  In the third segment "my future as the star in a film of my room", one of the violinists plays percussion (a ratchet), which whirrs like the cranking of an old-fashioned camera. In the Wigmore Hall, the sound is decidely disturbing, but that's perhaps Anderson's intention : we can't take what we hear for granted. In theory, the segments travel round Europe - Vienna, Bohemia, Carpathia, Paris. Far away landscapes of the imagination: perhaps we hear references to Janáček's Sinfonietta, crazily buoyant but cheerful. The Nash play at being folk musicians, imitating alphorns and shepherd's pipes.  Everything in joyous transformation!  Gradually, the clarinet (Richard Hosford) draws things together, as silence descends.  Although Anderson doesn't employ voice in this piece, it feels like song, because the instrumentation has such personality.

The recital began with the world premiere of  Richard Causton's Piano  Quintet (2015), dedicated to the Nash. It's lively and inventive. Violins and viola tease cello and piano, provoking and taunting, whiling off in all directions.  Gradually the piano (Tim Horton)  restores harmony with a gracious cantilena.  Peter Maxwell Davies's String Quintet (2014) also received its world premiere. Four movements, each with a different mood and form, the Chacony being the most vivid. Before that, Elliott Carter's Poems of Louis Zukofsky (2008), with Claire Booth and Richard Hosford.  Carter expresses the shape of the poems as they are laid out in print. There are silences in poems which create an impact by the way they look on the page denser scoring where needed, the vocal line calling out into aural space.  Zukofsky's copyright holder issues stern warnings against quotation and use.  A very different attitude to the immensely rewarding creative inter-relationship between different art forms which made this concert so rewarding.