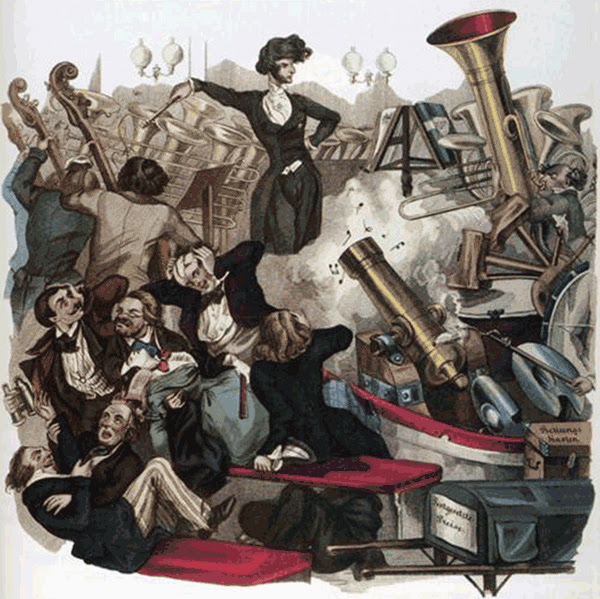 Revolution in the Air!  Beethoven Symphony no 5 and Berlioz Symphonie fantastique, each of them explosive works that would change the course of music history  John Eliot Gardiner and the Orchestre Révolutionnaire et Romantique use period instruments for a purpose. Period instruments aren't mere novelty; we can hear sound worlds as the composers might have imagined them. Lighter, brighter textures make the music move, recapturing a sense of danger  that more orchestras can learn from.


Written in a neurotic frenzy, which may have been exacerbated by the use of opiates, the Symphonie fantastique is a nightmare that breaks rules. The relatively lyrical Rêveries – Passions fade to the deceptive waltz in Un bal. The brass shines, the lively to and fro suggests frantic turbulence. Superlative playing from the cor anglais and the distant off-stage oboe, and the solo violin, the flute and oboe: figures stalking each other. This pastoral isn't peaceful.  Like Beethoven's Pastoral, it ends in thunderstorm. The timpani here discreet (as far as timpani can be) for the real storm is yet to come. 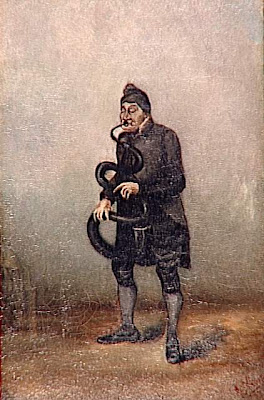 The ophicleides and untuned percussion in the March to the Scaffold felt wickedly wayward. These aren't instruments that can be played with precision, just holding them upright must be quite a feat. But they're infinitely more interesting for that, adding an element of risk and quirky distortion, anarchically undercutting the dominance of the brass and the regularity of the march.  Perhaps subconscious feelings, and the Id, are breaking through. Ophicleides were military instruments : imagine marching into battle behind an intimidating Serpent or a Monstre. They were associated with death, and used in funerals. Mendelssohn used them in Elijah to suggest the Prophet's raw, untamed nature. Berlioz knew  exactly what he was doing. His Grand Traité d'Instrumentation et d'Orchestration Modernes was extremely influential, stimulating later composers to experiment with new sounds and forms. Mahler and Richard Strauss consulted it frequently and discussed it together. The audacious inventiveness in their work owes much to Berlioz's Treatise, and to Symphonie fantastique (though not to the operas).

Gardiner and the OR et R's Songe d'une nuit du sabbat, however, brought out the connections with Meyerbeer's Robert le Diable (1830) , another seminally influential work,  completely misunderstood by London critics when it was heard at the Royal Opera House (Read more here).  Another reason why historically informed performance practice is vitally important.  The waltz in Un Bal now becomes the orgiastic dance of the witches sabbath, a truly subversive image in an era when the Church and authoritarian values still held sway. Sulphurous rumbles from the bowels from the orchestra, magical will o' the wisps. Wonderully manic flute, and then the masterstroke, the massive tolling bells Berlioz dreamed about but probably never heard realized.  Pointedly anti-clerical and demonic. So what if they were electronic? Berlioz believed in using all forms of instrumental colour, where possible. His treatise was not subtitled "modernes" for nothing.  I don't remember if Berlioz heard the Parsifal bells, twenty years later. What might he have thought?

Beethoven's Symphony no 5 premiered in the same year that Goethe's Faust was published. Coincidence, perhaps, but telling. Gardiner and the OR et R bring out the fleet-footed verve in the symphony. Can we hear in the rushing figures the ticking of time or the footsteps suggested in Symphonie fantastique?  Beethoven 5 can be grand, but it was refreshing to hear it conducted with the subversive verve Gardiner brought to it.
at August 10, 2015