Kitsch Pagliacci in English and colour 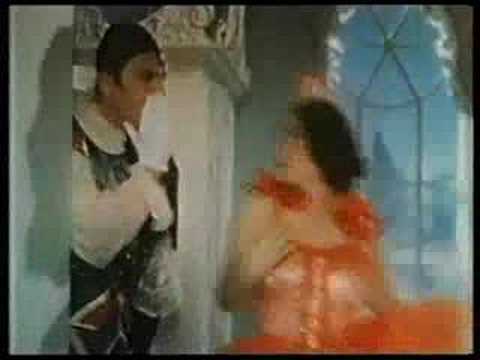 Pagliacci in English, sort of, if you can get past the theatrical accent and awkward singing translation. Richard Tauber , from the film version of Pagliacci, made in London in 1936, shot partly in colour and partly in B&W.  Not  Leoncavallo's Pagliacci but a hybrid,with music by Austin Coates and Hanns Eisler, and adaptations to the libretto by John Drinkwater, Max Kortner and no less than Bertolt Brecht !   Apparently the most expensive British movie made at the time, using a new colour process in some parts, the film lost so much money the company folded. Many involved weren't paid. Bertolt Brecht got his money tho' he didn't do much apart from letting his name be used in the credits.Richard Tauber stars, mainly as "himself" sincee he was the raison d'etre behind the whole show. Modern listeners may cringe at kitsch crossover, but for Tauber, that was a way of life !

Please also see my post Camping out with Franz Schubert where Tauber screws the composer, and he screws Schubert, and  Forbidden Music where Tauber's co star is JIMMY DURANTE, a much better film than meets the eye and a lot better than mostTauber showcases.

Enjoy clips from the kitsch Pagliacci HERE HERE and HERE  Middle link is the notorious "On with the Motley". Rrrrrrrroll your "r"s