Music in the Holocaust, Wigmore Hall 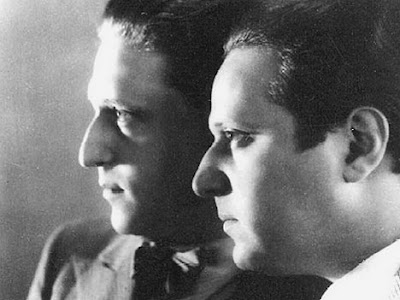 "Music on the Brink of Destruction", a special programme at the Wigmore Hall, London, featuring  composers caught up in the  Holocaust. Despite the horrors all round them these people made music. Honouring their memory is vital. for they represent the power of the human spirit which cannot be extinguished even in the face of evil.  Millions suffered all over Europe - Jews, Roma,  gays, socialists and ordinary people who fell foul of the regime. The composers of the Holocaust give voice to the forgotten. Through modern research once-lost materials are being recovered. This concert reflects current scholarship and marks the launch of a new initiative:  the ORT Marks Fellowship promoting scholarship and education.

The Passover cantata Chad gadya ("One Little Goat")  written pre 1928 by Dovid Ayznshtat (1880-1942), who died in Treblinka, was unearthed in 2012 in an archive in South Africa by Stephen Muir, who conducted The Clothworkers Consort of Leeds. The soprano parts were particularly beautiful, shining brightly above the firm foundations of the lower voices. This is a work of spiritual conviction with which we can all connect.  It's a substantial work which merits being heard again, in any context. Fortunately this concert was being recorded for future broadcast by the BBC. Not all music from the ghettos was art song: as everywhere, ordinary people found expression in forms they were familiar with.  Thus the selection of songs like Dovid Beyglman's Nit kayn rozhinkes nit kayn mandlen  an ironic take on the traditional lullaby Raisins and almonds.  The song is simple as lullabies should be but the message is painful. Beyglman (!887-1944), who died in Auschwitz, wrote for Polish and Yiddish music theatre.  Dmitry Pokrass  (1899-1978) was Russian and Jewish, and had a career in Soviet music hall and film. His Zog nit keynmol az du geyst dem letstn veg sets a poem by Hirsh Glik, who escaped from an Estonian concentration camp but was caught and killed.  Variety theatre was more than mere entertainment but played a part in maintaining the identity of groups outside the approved mainstream. 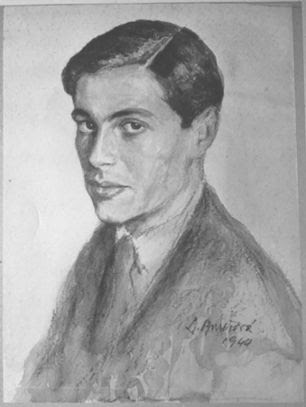 Gideon Klein's String Trio is a very  well known piece  and rightly so for it's highly original. The quirky Allegro introduces the central movement  Variations on a Moravian Theme,  the largest section in the piece, half the full duration. It begins with slow melody evoking nostalgia.  All too soon  the langour is broken by pizzicato suggesting  nervous energy. This interplay between long lines (mainly viola and cello) and spiky fragmented plucking sounds creates a tension that cannot be resolved.  The last movement is molto vivace, almost dementedly upbeat. Driving rhythms, unrelenting pace abruptly cut off mid-flow.  Like Klein himself, who was clearly a distinctive personality despite being deported at 22 and murdered at the age of 25.   The drawing of Klein at right was made in Terezin by a fellow prisoner.  Were it not for ordinary people like the artist and those who saved Klein's manuscripts (and those of other composers) the world today would be culturally impoverished.  Yet again reasons why research like that sponsored by ORT Marks should be supported.

From Pavel Haas's Four Songs on Chinese Poetry we heard on this occasion just the last Probděná noc (Sleepless Night).  A taster - anyone interested should check out the recording by Wolfgang Holzmair, Spiritual Resistance : Music from Theresienstadt which includes large portions of Karel Berman's Reminiscences, a long series of works written from 1938 to 1945 Berman a singer, was the dedicatee and performer of Haas's song in camp.  The photo at the top of this article shows Pavel with his brother Hugo Haas, who was a major movie star and director in their native Czechoslovakia; Read more about Hugo's prophetic film The White Plague HERE.  Pavel ended up in Terezin but Hugo escaped to Hollywood where he continued to make movies, eschewing the big studios to do what he believed in. Read my article Strange Afterlives: Pavel and Hugo Haas.  Incidentally, most of Hugo's later films reference the "old world" and one even incorporates "Polish theatre", the sub-genre of music theatre and cabaret popular in Yiddish communities. with which so many composers on this programme were associated.

Haas got only one song in this concert to make room for others, but he was and is a very significant figure. For example the highly prolific Viktor Ullmann, represented here by one song, Um Mitternacht im Schlafe schon from his collection Geistliche Lieder Op 20.   Songs on "Chinese" and other oriental themes  were popular throughout Central Europe because they represented a longing for exotic cultures and wern't exclusive to Holocaust composers, though the themes apply. How far these composers knew about the exceptionally brutal Japanese invasion of China, which beganin 1931, I don't know.  Haas and Ullmann are famous enough that they could have recitals devoted to themselves so this concert was a chance to hear musicians like Martin Roman (1910-1996) whose Karussell, Wir reiten auf hölzernen Pfreden was heard here.  Karussell is a particularly good piece, its honky tonk rhythms evoking the circular motions of a fairground carousel. Except that in this case the circus was macabre and the constant flow meant cattle cars. Roman was in Terezin and filmed playing with his band in the Nazi propaganda films which also showed Pavel Haas and Hans Krása.  This concert also commemorated Josima Feldschuh (1929-1943) who died aged only 12 of illness while in hiding. Fortunately her manuscripts and other material were discovered in an archive in Israel a few years ago. Although the piano works we heard weren't much in themselves the very fact that they were written and miraculously saved is a sobering thought.  Another discovery: Gideon Klein's Topol (The Poplar Tree) with spoken narration by David Fligg, who uncovered the work, and Věra Müllerová  as pianist. 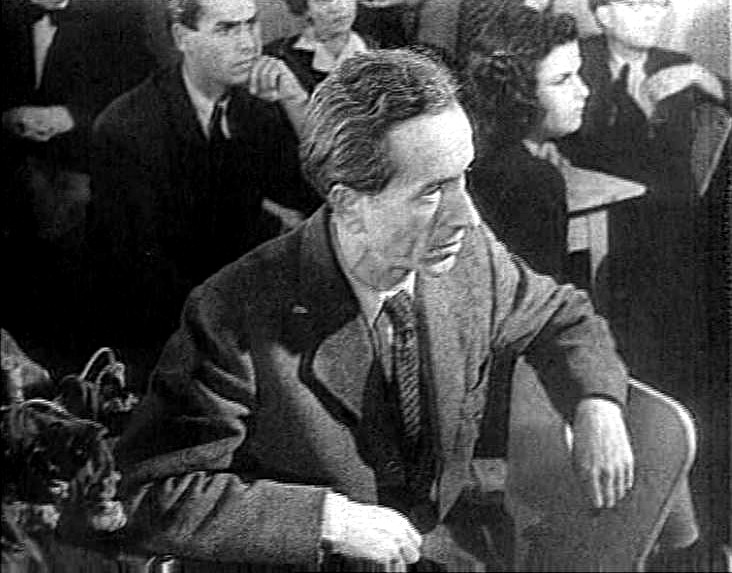 Then another piece, Hans Krása's Passacaglia & Fugue for String Trio, performed often enough to be a staple, particularly for violists, since the viola is given a prominent and very beautiful role reinforced by the depth of the cello.  As the piece progresses the mournful dignity explodes into more manic frenzy where the strings seem almost deliberately out of tune, before gradually retreating into short, unadorned phrases.  then the interplay between all three players is more balanced, the main theme taken up with gusto ending with a final definitive flourish   The players were, as with the Klein String Trio,  Benjamin Nabarro  Krzysztof Chorzelski and Gemma Rosefield.   This was followed by another UK premiere, Mikhail Gnessin's To the Memory of our Dead Children op 63, with the Leonore Piano Trio. Gnessin (1883-1957) was a Russian composer, who for a time lived in Palestine, and in his youth apparently dressed as an Orthodox Jew, though his musical interests were quite modern. His op 63, written in 1947, incorporates a fragment written by his late son The dead child lives on in his father's music  The programme concluded with Zikmund Schul's Two Chassidic Dances op 15, sturdily cheerful, despite having been written in a death camp.  And thus, a reminder that art has the power to make something worthwhile even in the maelstrom.

Thank you for this interesting and comprehensive review. I draw attention, however, to Gideon Klein's 'The Poplar Tree' which was uncovered and narrated by David Fligg, and not as stated.

I would urge everyone to visit World ORT's Music and the Holocaust website for more details about these and many other composers and pieces of music - taken together they reveal what is for many of us a new dimension to our understanding of the Holocaust: http://holocaustmusic.ort.org/