Why the City of London backs World Class Music Centre 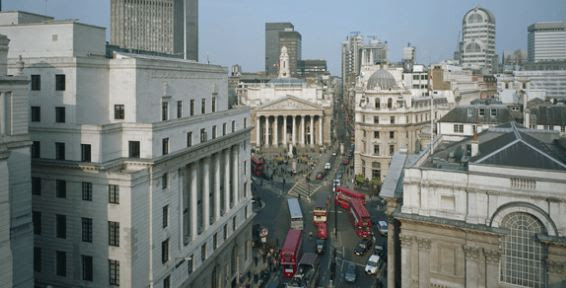 The City of London Corporation has announced that it will fund the completion of the study into a business case for a new, world class centre for music in London.  This is the feasibility study that was in progress until last November when it was abruptly cut short by the government. The Corporation has pledged £2.5 million  towards the £5.5 million cost of the study, of which £1.25 million has already been spent.  A shortfall, but still a tiny proportion of the £80 million the Corporation spends each year on the arts in London. Why does the Corporation value this project?  Because the arts are a major part of the economy.  In a global market,  Britain needs to stay competitive or fall backward.

Opposition to the world class centre for music reflects long-term British resentment against London.  That reductionist philosophy is embedded so deeply into the Arts Council England's DNA that the organization isn't structurally capable of adapting to change, or of reflecting the realities of the business. Fact is, Britain is a  centralized country and always has been.  For a brief time in the Industrial Revolution, northern regions competed with London but the modern economy is now international.  A report released last year (read more here)  showed that in 2014/15 London generated almost as much tax as the next 37 cities, and contributes 30% of the entire tax income in the nation.  The imbalance can be changed by a political agenda that wrecks London, while hoping that the slack can mysteriously be taken up elsewhere.  Alternatively, policy makers could recognize that London generates income for the entire country, and in an international. technological world this isn't going to disappear overnight.

It's nonsense to suggest that a world class centre for London will only benefit London and tourists. Everyone wins when there is a centre for excellence that generates talent, earns income and raises the nation's profile. The arts are "foreign policy", more effective, in the long term, than guns and bombs.  The Victorians were making political statements when they built the Royal Albert Hall and the museums around it.  At the British Museum, one marvels at the Empire that ripped artefacts from Greece, Egypt and Assyria, and gets the implicit message. London's heritage is everyone's heritage, whether or not they go there themselves. And they can, if they care.

Technology is also changing the way the arts reach potential audiences.  Through its Digital Concert Hall, the Berliner Philharmoniker reaches anyone, anywhere in the world with internet access. Increasingly, other orchestras and opera houses are wising up to the potential of digital marketing. Even the Met is streaming its archives online. The day when record companies controlled things is over.  Now orchestras and opera houses can themselves decide artistic content and feasibility. Smaller organizations can co-operate to spread costs. Profits stay closer to source. When listeners can access the world,  geographic boundaries count for less, while opening up the market for diversity.  Orchestras won't all have to sound the same, to fit the old-style mass market, and repertoire can be less narrow.

Yet it's also imperative to recognize that excellence in the arts is generated when there is a large enough critical mass of talent concentrated together so creative people can stimulate each other. Poets can live as hermits, if they wish, but orchestral musicians, almost by definition, operate communally. Even more so with opera houses, where the creative community is even greater, and costs are contained by keeping people together. It's all very well to prioritize micro-mini ventures in out-of-the-way places, but reality is critical mass. All the technology in the world does not compensate for bringing people together in direct, personal contact. The bigger the group, the wider the creative horizons.  Excellence "is" education. I'ts all very well to suggest Birmingham or Glasgow or whatever, but fact is, London is where it's at.  Shakespeare needed to leave Stratford for London to do what he did.

This week, the Elbphilharmonie opened in Hamburg (read my analysis, not just a review,  here).  The NDR Elphilharmonie Orchester is good, though it's not mega-league.  But with the new hall, it's challenged to excel itself, and every orchestra that can will want to perform there, which will again raise the stakes. The city-state of Hamburg, a state of the German federation in its own right, had vision enough to realize that the arts are an important part  of the economy and of the wider community: an investment for the future on many different levels.  London's orchestras are very good indeed, but they're trapped in inadequate facilities. The acoustics of the Royal Festival Hall and the Barbican are only the tip of the iceberg. Berlin, Paris, St Petersburg and now Hamburg: what about London?  Someone seriously suggested that the British economy would survive Brexit by selling more tea, scones and jam, though such things can be made well elsewhere. Not rocket science!   But unfortunately that small-mindedness reflects the reductionist, self-destructive lack of vision that could suffocate the arts and the economy as a whole.

Read this too Can post Brexit London survive as Europe's cultural and financial capital ?
at January 14, 2017