Mark-Anthony Turnage Hibiki (2014) at the BBC Proms, with Kazushi Ono and the BBC Symphony Orchestra, Sally Matthews, Mihoko Fujimura, the New London Children's Choir and the Finchley Children's Music Group, preceded by Debussy and Ravel Piano Concerto in G major with Inon Barnatan, so beautifully played that even someone like me, more into voice and orchestra, could throroughly enjoy.

Ono conducted the premiere of Turnage's Hibiki in Tokyo in December 2016 with the Tokyo Metropolitan Symphony Orchestra of which he is Music Director.  Hibiki is a substantial work for large orchestra, two soloists and childrens' choir. According to the publishers Boosey & Hawkes, it "offers consolation after loss – whether from war, earthquake or tsunami". That's a tall order, almost impossible to fulfil.  Consolation is trivial band aid in the face of such extreme horror.   It's meaningless unless we reflect on the causes of catastrophe and resolve that such things should never, as far as possible, happen again.

Numerous Japanese writers, composers, film makers and artists have reflected on and examined the issues arising from war and nuclear annihilation.  Indeed, you probably can't be an East Asian  intellectual and not ponder 150 years of war and traumatic social change, not only in Japan but in China and the rest of Asia.  Masao Ohki's Hiroshima Symphony, written only 7 years after the bombs fell, is graphically descriptive (read more here) . Ikuma Dan's Hiroshima Symphony (1985) is even more sophisticated.  It's an important piece of world significance. Please read more here)

There's no reason why western composers shouldn't engage with these subjects. We're all part of humanity.  But it's difficult to approach specifically Japanese aspects without an understanding of the cultural, social and historical background.  Mark-Anthony Turnage is good on music with social conscience. Once I got over the shock value of Anna Nicole, I grew to love its insights into consumer-obsessed society and the degradation of those who buy into the scam. Read more HERE  But Anna Nicole is a western icon, and Turnage likes Americana. That doesn't necessarily mean he can't write about other cultures, but I'm not sure how to take Hibiki. Does it penetrate much beneath the surface? Is it enough to address the many long-term implications of Fukushima simply by repeating the name over and over? I'm no composer but I'd rather that the music itself spoke, not the words.  No disrespect to Turnage. Benjamin Britten's Sinfonia da Requiem had so little to do with Japan that he really should not have compromised himself by taking the money.  It would probably take a Beethoven or Bach to write something truly transcendant. "Consolation" isn't enough.

Kazushi Ono did Turnage's Hibiki more than justice. From the BBC SO he drew some very committed playing. They don't do as much Turnage as they should and this is a bit more than typical Turnage, so all honours to them.  Hibiki unfolds over seven sections, like a postcard book..  But Hiroshima and Nagasaki didn't actually lead to Tohoku or the Tsunami or to Fukushima.  Natural disasters aren't man made or specific to any one country.  Nuclear power on its own isn't evil, it's misused and abused. As anyone who's ever watched Japanese movies should know.  See my piece on Godzilla and the Tsunami,  The seven parts together don't cohere. This weakens the impact of the whole and undercuts the claim that it's an act of consolation.  Wisely, Ono marked the breaks with long silences, so each section can be heard alone, without a thread.  Unfortunately, substantial parts of this year's Proms audiences are obsessed with clapping any chance they get. They don't care enough about music to pay attention and listen. 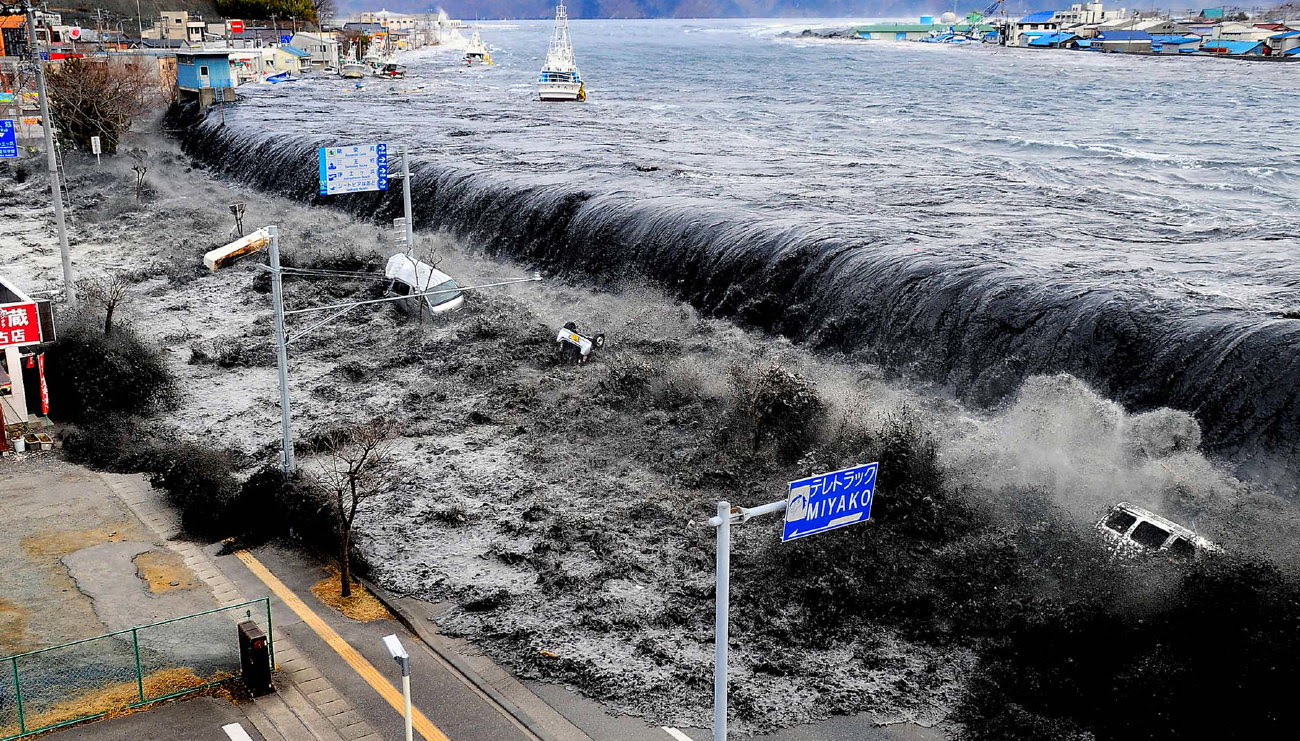 The first two sections are named after Iwate and Miyaga, two of the areas hit by the 2011 Tsunami.  Blocks of sound bubble in the first movement, in jerky ostinato with nice jazzy trumpet calls, high pitched winds and swathes of strings. Oddly cheerful! A long ominous wail marks the start of the second section, suggesting perhaps the flow of the waves rolling onto land. No-one will ever forget the footage caught on film or the frightening silence, broken only by crushing debris.  The timpani pound, brasses wail and the orchestra plays a long line of multiple fragments and layers.  Fearsome growls and the sound of a bell.   There certainly is scope for a piece in which music could translate the idea of multiple fragments and layers of density, flowing and churning in different sequence, but Turnage can't develop the concept in the space of a few minutes.

The third section "Running" represents a poem "Mother Burning" by Sou Sakon which describes the poet running from flames. But the mother, following behind, is engulfed.  Rapid fragments of words and sound, the two soloists singing lines that intersect rather than connect.  Turnage's thing for percussion and screaming brass is used to good effect, the vocal lines more choppily employed: but that's what happens when you're running for your life and can't take long breaths.  The childrens choirs sing an adaptation of a Japanese children's song similar to "Twinkle, twinkle Little Star" The English accents of the young singers, singing in Japanese, add a surreal touch, more poignant than if they were singing in a language they'd normally speak.  The melody is taken up by the mezzo, Mihoku Fujimura, a much welcome regular visitor to the UK.

Suntory Dance , the central movement, makes a striking diversion from the threnodies before and after.  It's also the best section, so good that it could act as a stand-alone concert piece.  Here, Turnage's facility for strong brass and percussion comes to the fore: quirky, wayward rhythms, angular blocks and more busy, bubbling figures from which the idea of "dance" might come.  I don't know why "Suntory", which is the name of the concert hall and of the company that financed it.  They manufacture alcoholic drinks, and one of their big brands is named Hibiki, "Japanese Harmony". The piece is so lively that it could be an  anthem for the company, used in encores and social occasions. So much for the BBC translation that Hibiki just means  "beautiful sound".

After this interlude, darkness returns. Brooding timpani and moaning brass, string lines shining with metallic edge. Lovely woodwind passages: Fujimura sings lines from texts from Monzaemon Chikamatsu’s The Love Suicides at Sonezaki, a  Bunraku drama from 1703. It's such a classic that it's been adapted for cinema, its tale of doomed love a recurrent meme, though what connection this has to Hiroshima or to the Tsunami, I don't know.  Much has been made in the publicity material for Turnage's Hibiki about the Mahler connection, but frankly I cannot hear any resemblance to Das Lied von der Erde,.  But the real subject of Das Lied von der Erde is Mahler himself, and his metaphysics  The orientalism in that piece reflects the original poems Mahler used and adapted for his own purposes. And in any case, they weren't Japanese but Chinese.  No doubt much will be made of this in the media by those who don't really know Das Lied von der Erde.  Double-dose cultural appropriation.

The final section, for orchestra and children's voices, is swirling abstraction, the word "Fukushima" repeated, almost mechanically.  Turnage's Hibiki is good listening but it  doesn't really hold together. The parts are greater than the sum, aside from the vivacious Suntory Dance.   That's excellent, and parts 1, 2 and 4 work well together musically, but parts 3, 4 and6 are weak : No fault of the performers, though.  It's not nearly near the level of Turnage's Remembering : in memoriam Evan Scofield, a work of heartfelt sincerity. (Read more about that HERE)
at August 15, 2017