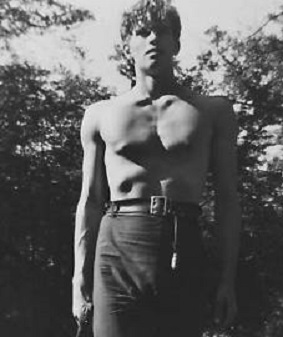 Long before Ben Hur, Charlton Heston as Peer Gynt ! Charlton Heston, aged 17, in the surprisingly sensitive film based on Ibsen and Grieg's Peer Gynt.  The film was made in the summer of 1941 as a school project  at New Trier High School in Willamette, where Heston was a student.  It was filmed in the woods in Illinois and Wisconsin, where thousands of Norwegian immigrated during bthe 19th and 20th century.  At one time, there were more Norwegian newspapers in that part of America than there were in Norway.  So the film doesn't need much in the way of sets, using the landscape as it was.  Real mountains, valleys and forests and rivers that can pass for fjords.

The actors were students, most of whom can't act, but look healthy and enthusiastic.  Kids then didn't do dope, TV or computers.  Their faces are so fresh, they don't look like they've ever worn makeup. Although the film is clumsily made, that very naivety suits the story much better than something more sophisticated. 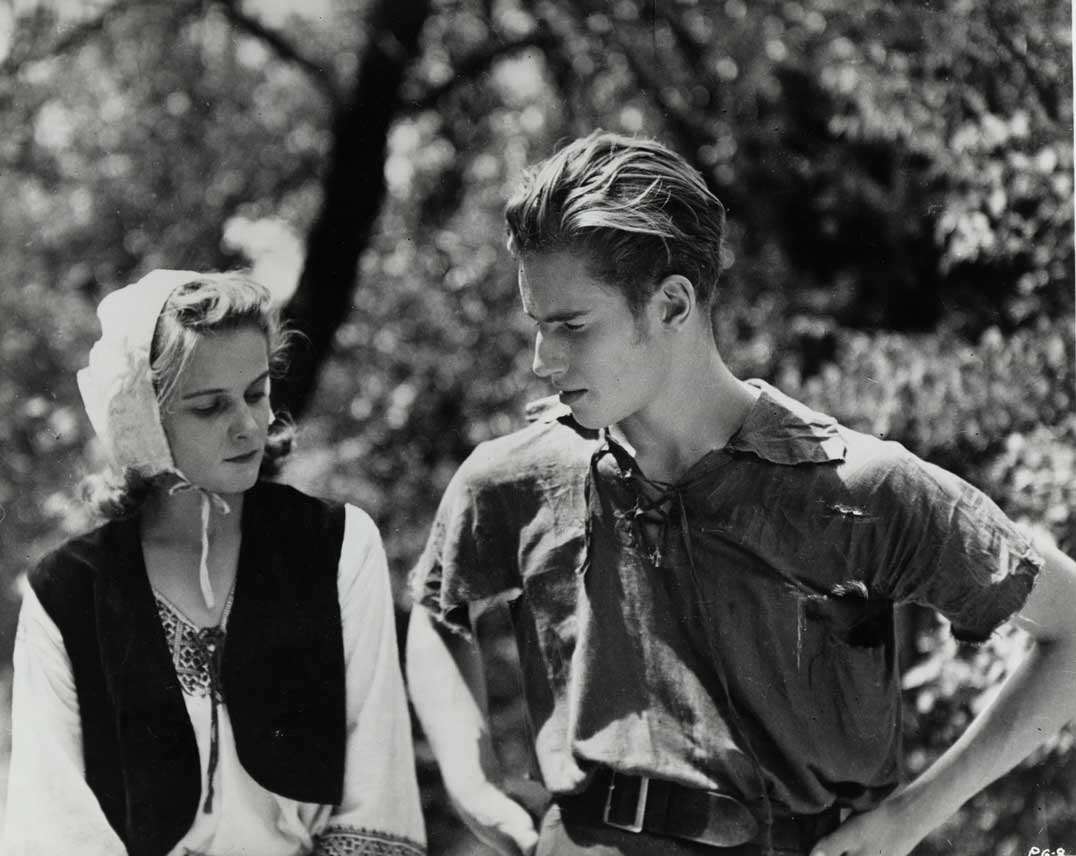 It's also good that the film was shot without spoken dialogue.  The actors' mouths move, without sound, like in a silent movie. Even this is a plus, because it adds to the sense that the story exists in a strange, eternal world  outside time and place, where trolls live, and from which Peer can escape predicaments as if by magic.  The sound track, a recording of Grieg, was added after filming.  The recording quality is horrible, but I quite like the clumsiness because it fits the gaucheness of the film and the primeval nature of the story.  I have watched with the sound off, while playing a CD, but that doesn't work.

Enjoy the village wedding, and the march of the trolls, with their crude costumes and lumpy dancing.  The Bøygen though, was made for the movies. A disembodied head appears ,wobbling in front of dark curtains. He speaks - with an American accent !  Heston is, unquestionably, the star. After all, Peer Gynt lives only for himself ! The camera lingers lovingly on his face and body. He's often seen with his chest oiled up, his features lit so he resembles a  Greek God.  He's so beautiful that you can see why Peer is so much in love with himself. (Heston has a slight , ironic smile, he knows it's only a movie).  The crew were amateurs, too, though the director, who also wielded a camera, David Bradley went on to a proper career in Hollywood.  He was also one the cameramen : maybe we can tell, since some angles and frames are very inventive, while others are shot without much imagination.

Nice dressing up games in the Desert scenes, shot on a beach, the women in bikinis, the "Arabs" playing home made instruments.  No sound, of course, leave that to Grieg.  When sound does again intrude, it happens when Peer grows old and hears Solveig's Song (badly sung, in English).  Please also see my other pieces on Grieg and on Peer Gynt . HERE is a link to my description of the two main recordings of the incidental music with added text. Ole-Kristian Ruud and Guillaume Tournaire. Time for a new one, I hope.