Ikuma Dan Hiroshima Symphony - the finest Hiroshima music of all

Ikura Dan's Symphony no 6 "Hiroshima" (1985). The photo above isn't Hiroshima, or Nagasaki, but a still from the movie The Last War (世界大戦争) (Toho, 1961) about an apocalypse in a Cold War future.  Frighteningly prescient now when trolls play power games with nuclear weapons for toys.  Ikura Dan (1924-2001) was an aristocrat from a wealthy samurai family.   His forebears were part of the Zaibatsu, who created the modern Japanese economy and banking system. His grandfather was Baron Takuma Dan, boss of the Mitsui Corporation, and Prime Minister of Japan.  Born into privilege, Ikuma Dan had all the advantages that his position offered him. He had a good education, both in Japanese and international culture. Yet he lived in times of unprecedented social change. When he was six, his grandfather was assassinated by right-wing extremists.  He lived through the wars against China, though he was not a combatant.  Like many Japanese intellectuals he had an affinity for Chinese culture. He died in Suzhou.

The western media thinks almost exclusively in English-language terms, blanking out the experience of other cultures and peoples.  It's not easy to learn about non-western cultures, but try we must, for the distorted imbalance of western media blinds us, trapping us in ignorance, bigotry and war.  Ikuma Dan is a good point from which to start. Many composers -- west as well as east -- wrote music for film, in order to make a living.  In any case, in Japan, cinema was an art form almost from the beginning, creating masterpieces of poetic power.   Even Godzilla is more than schlock! (read my Godzilla and the Tsunami HERE).  Being independently wealthy, Dan didn't write much for fiml, concentrating on orchestral music -- even symphonies -- opera, ballet and chamber music. 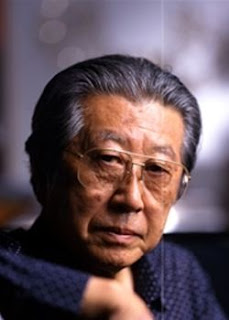 Shrill whirring marks the start of Dan's Hiroshima Symphony. Suddenly a blast, then silence and the eerie cry of a lone woodwind instrument. Swirling, turbulent figures ascend upwards. Tense, angular figures. Fierce ostinato, interspersed with themes where staccato notes  fly in flurries.  Long, sweeping lines in the strings, reaching out as if searching, yet also smothering the other layers in the music. Yet other textures emerge. The searching lines clear to reveal the high-pitched solo woodwind, calling into space. It's intriguing. A nohkan is a flute with a high tessitura that can range over two octaves and carry across a large performing space.   Dominant chords for strings, brass and winds in more or less unison return, but the lone woodwind struggles against them. Trumpets scream strident lines, marked by the thud of timpani. The strings soar ever upwards gradually breaking from the relentless ostinato.  A harp sounds, introducing a new motif, also soaring but more subtle.  Delicate hints of lyrical melody peak out from the gloom, and the woodwind reappears, now more confident, singing its strange melody. It's much more interesting than the orchestral lines with their very western timbre, which dominates for many measures.  Significantly, the nohkan was invented in the fifteenth century, long before the modern concert orchestra.   The nohkan will not be beaten. It screams, holding legato at a very high pitch, Very dramatic and highly original.  Not concertante in the least but a battle of wits between large forces and a wayward, elusive solo instrument  played with such intensity that it holds the orchestra at bay.  A descent into ominous semi-silence. 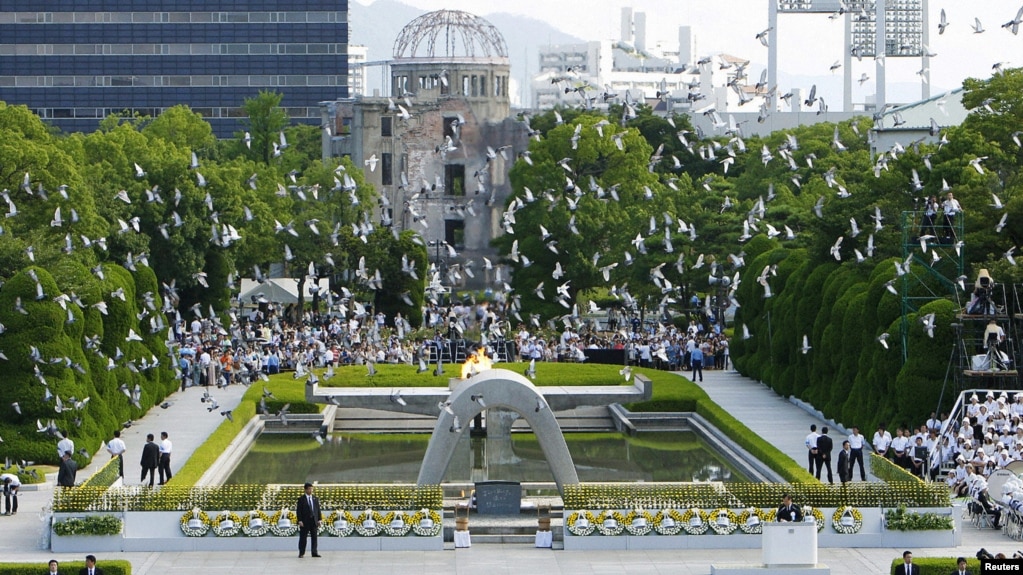 The Andante, marked sostenuto e funebre, is an elegy. and particularly sophisticated. From a steady opening,  the woodwind returns, but now is joined by another even more "Japanese" woodwind, a hollow-toned instrument called a shinobue, used in ttraditional folk and ritual music.  At first this sings fitfully, in broken phrases, overwhelmed by the swirling forces in the orchestra.  Soon, though, it gathers force, as if inspired by the more dominant woodwind. Together they dialogue, pushing back the "shadows" in the orchestra. The hollow-voiced woodwind now sings more than brief snatches. Its melody is like an ancient Japanese folk tune, fragile, yet strong enough to assert itself against the orchestra around it.   It seems timeless.  Now the "voice" becomes human. A soprano replicates the lines of the woodwinds.  She sings long, searching lines like the lines of the strings earlier in the symphony.  the writing for brass is interesting, too - smokey and mysterious, no longer strident.  It's as if all the elements that had gone before were being combined and renewed . A crescendo builds up, and the orchestra swells up, singing   I don't know what this means, but the effect is inspiring. Hence the photo here of doves being released before the bombed building that is the memorial at Hiroshima.  Fluttering wings symbolize the triumph of hope over hate.  Perhaps, a new, more positive dawn is emerging, and it's beautiful.

Frankly, I don't know why Penderecki's Threnody gets so much publicity.  It's fame lies in its title, but that  title is bogus and exploitative.  It wasn't written "for the victims of Hiroshima", but was dreamed up for a premiere   As music, it's also not nearly as well written as Ohki and Dan's Hiroshima symphonies, which are sincere.  (Read more sbout Ohki HERE and HERE.)  Ikuma Dan';s Hiroshima is the real thing,  written by a composer who knew from personal experience what Hiroshima meant and how it connects to Japanese history and to world humanity. So let's give Ikuma Dan the honour he deserves.

If you like this, please read about Toru Takemitsu's Requiem HERE  and about Japanese art movies about war, like The Burmese Harp  HERE and  Kobayashi's three part saga The Human Condition HERE
at August 06, 2017