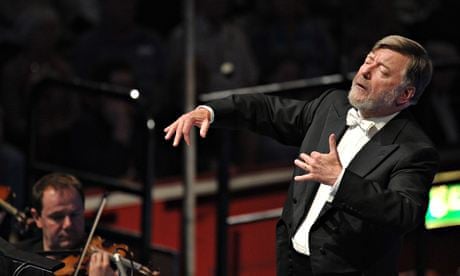 An all-British Prom with Sir Andrew Davis, conducting the BBC Symphony Orchestra and Chorus. All three pieces are classics and also classic Andrew Davis territory, which he's conducted many times and has made memorable recordings of in the past - Ralph Vaughan Williams Fantasia on a theme by Thomas Tallis, Hugh Wood Scenes from Comus and Edward Elgar The Music Makers. 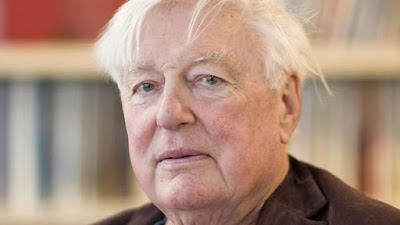 Hugh Wood's Scenes from Comus Op.6, (1965), brought the young composer to fame. Inspired by John Milton's Comus : a Masque presented at Ludlow Castle 1634,  it's a large scale dramatic piece, for orchestra, soprano and tenor (here Stacey Tappan and Anthony Gregory). Andrew Davis made the first recording, also with the BBCSO for NMC way back in 2001.  A magical introduction - horns leading strings in an evocation of a dense forest. This might be the primordial forest, where subconcious desires are released : the source of so many legends from the Hexe Loreley to Pelléas et Mélisande and beyond.  Though the strings shimmer, the horns, with connotations of hunting, suggest violence.  The Lady is lost and calls for her brothers, but who are they, and who is she ?  The sounds of the forest overwhelm her, and Comus appears.  Savage dissonances, piercing brass, and rumbling undertones : what has he unleashed ?  "Venus awakes, unwakend love!" . His herioc declarations are met by an interlude of relative stillness, as if the forest, or nature were observing.  Flurrying notes, jerky rhythms, like the frightened heartbeat of cornered prey.  The pace picked up again, angular "running" staccato underlined by percussion, woodwinds flying forwards, then a return to mysterious, brooding strings.  This dynamic contrast suggest the opposition of two forces : strident fanfares interrupted by heavy ostinato.  A dark conclusion , lit by delicate winds. The soloists duet, their voices entwined, but the ominous timbre of bassoons, oboe and trombone suggest that something's awry. The winds sang again, the flute in very high tessitura, the piece concluding with a single note.

Hugh Wood (b 1932) is two years older than Harrison Birtwistle. Both share a fascination with English history and myth, and music as theatrical drama.  Though their work is very different,  there are connections.  Please see my piece on Hugh Wood's Epithalamion which Andrew Davis conducted in 2015. And of course, lots more on Birtwistle and modern British music.

Elgar's The Music Makers op 69 premiered in July 1912, but had been long in gestation. Elgar knew of Arthur O'Shaughnessy's Ode when he was in his twenties, when he was isolated, scraping a living as teacher, organist and conductor of the very limited orchestra at Powick Asylum, not far from his home, with no obvious prospects. Thirty years later, his status solidly established, might he portray himself in this piece, just as he had portrayed his friends in the Enigma Variations, incorporating references to his own music, not so much for their own sake but because, as he wrote, they expressed "my sense of the loneliness of the artist".  Though this piece is not in the same league as the Enigma Variations, largely due to the turgid doggerel of the text, it captures levels of Elgar's personality which put the image of Elgar as Edwardian fuddy duddy to rest.  No-one believes that, anymore.

Despite his success and acclaim, Elgar identified creativity with alienation. Artists are "dreamers of dreams, Wandering by lone sea-breakers, And sitting by desolate streams; World-losers and world-forsakers, On whom the pale moon gleams". The slow orchestral introduction gave way to a more forceful section, where the chorus burst forth "One man with a dream, at pleasure. Shall go forth and conquer a crown; And three with a new song's measure Can trample a kingdom down." The orchestra surged in full flow, but animato fades to più lento. Only halfway through did the contralto (Sarah Connolly) emerge, heralded by harps. "They had no vision amazing.....no divine foreshowing Of the land to which they are going" The music makers proceed towards uncharted territory with calm assurance. Yet again, tranquility gives way to con fuoco and back to lento. Ironically, it is the chorus, not the soloist, who sing of "dreaming and singing, A little apart from ye." as if isolation is still too uncomfortable to sing about without ensemble, despite the confident crashing chords in the orchestra and raised voices. A quiet transition to the finale, when the mood rose again, Connolly singing forcefully. "Great hail! " The artist shall "teach us your song's new numbers; And things that we dreamed not before: Yea, in spite of a dreamer who slumbers, And a singer who sings no more." Though the soloist faded to stillness, the chorus continued to hold the line.

Ralph Vaughan Williams Fantasia on a theme by Thomas Tallis was an excellent overture to a very good programme, masterfully executed.
at August 30, 2019