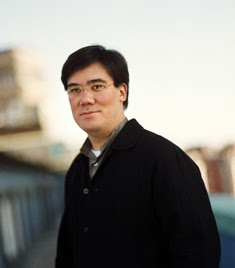 Three years ago, Alan Gilbert stepped in at Berlin at short notice for Bernard Haitink, no less. An intimidating debut, even for a fairly experienced conductor like Gilbert. No one was expecting miracles from the young and relatively unknown conductor. But he surprised the sophisticated Philharmonie crowd. So he was asked back. Three weeks ago he conducted Dvorak and Martinu's 4th Symphony. Said the Berliner Morgenpost, Gilbert "demonstrated everything he has as a conductor and musician. They’re not often the same thing. He ripped Bohuslav Martinu from the perpetual twilight that has been so negligently inflicted upon him, and, with an enlightened performance of the Fourth Symphony, demonstrated the gravitas, greatness, and originality of this
master. A musical panorama of great density came to the fore; for Gilbert and the curious orchestra (which last played this symphony 20 years ago) knew exactly how to put it across – with utmost intensity.”

I heard the concert before reading anything and heartily concur. The Berliners are of course such a good orchestra that they can play on auto pilot, making everything sound good, even when they're being conducted by someone engaged for "crowd appeal" as was the case recently. With Gilbert, they are genuinely animated – you can see the difference in their body language and the way they respond musically as if they're enjoying the experience. Gilbert loves Martinu, and has done so long before the anniversary, so his enthusiasm must have come through to the orchestra. This was lively, Martinu with wit and energy. Very impressive! Gilbert knows that this orchestra won't be fooled by flashy showmanship, so he gets through to them through his love for the music. The whole programme is intelligently put together. Dvorak's Noon Witch complements the sense of magic and menace in the Martinu symphony, for example. Hear the conductor talk with Emmanuel Pahud, the flautist, no mean soloist himself. Hear and watch for yourself on the Berliner Philharmoniker site.

Gilbert 's taking over as Music Director at the New York Philharmonic in September, replacing Lorin Maazel. Will notoriously conservative New York audiences cope with the contrast ? Last week, he conducted Martinu 4 again, which hadn't been heard in NY since 1986, so perhaps it was almost "new music". Gilbert is refreshing because he's a real musician's musician. A few years ago, when he brought the Lyons orchestra to London, something went seriously wrong. You could feel the players panic as the performance disintegrated. Yet Gilbert pepped them up, and pulled them back on message. They were playing Mahler's 7th Symphony, where horrible nightmares are vanquished by dawn. Never had the finale sounded so heartfelt !

When Gilbert's appointment at New York was announced there were some nasty remarks from people who had no idea how he conducted, although he has sound experience and a good reputation in Europe, particularly for a man still young. Yet he's a native New Yorker. His mother is a violinist at the NY Phil so he'll be his mother's boss. But Gilbert is the real article. He's a serious hunk, (six foot five), but what makes him so interesting is that he's not celebrity for the sake of publicity, but an intelligent and thoughtful musician. LA may grab headlines, but Gilbert could give New York musical substance.

But will it be appreciated ? Martinu is hardly difficult or cutting edge, and indeed is firmly rooted in the mainstream. Yet, according to a reliable report, the NY audience walked out even before the piece started. Obviously they are such experts that they can judge without needing to hear.
at May 05, 2009