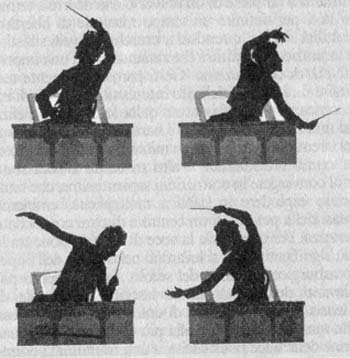 It's interesting, how the Carnegie Hall publicity for the Mahler symphonies series makes it sound like a Barenboim cycle with Boulez guesting. True, Barenboim conducts the Berlin Staatskapelle, so it's his orchestra. But even he credits Pierre Boulez as the main man when it comes to Mahler. Boulez has conducted the Staatskapelle for years, and they have tremendous rapport: it's almost physically palpable when you're in the hall with them.

So far the first five symphonies have unfolded. The First Symphony can survive most conductors because on one level it's a man's statement of intent. But there's more to it. Once I heard Frühbeck de Burgos conduct it. He managed to temper the young man brashness with the warm hearted wisdom of an older man who's experienced the ravages of life. It was like looking forwards and backwards at the same time : emotionally astute, but hard to describe. FdB records little, he doesn't get the credit he's due.

The Second Symphony is Mahler's big breakthrough into a new realm of spiritual insight. Mahler was a man to whom ideas and concepts were extremely important. That's why Pierre Boulez brings so much to Mahler. It's a fallacy that intellect and emotion preclude each other. Boulez's emotions are passionately intense, all the more so because he doesn't dissipate himself in self-indulgence. This pure, focussed intelligence is in many ways more true to the Mahler we now know through the researches of Prof. Henry-Louis de La Grange, the greatest Mahler biographer of all time (he will be pretty impossible to top).

Gene Gaudette was at both the First and Second symphonies. Of the Second he wrote: "Less than a minute into the concert, I was asking myself if this was indeed the same orchestra I had heard the previous night....... The musicians sounded like an entirely different orchestra – an ensemble, if one would excuse the term, resurrected." " Boulez is one of the least interventionist of conductors, and his punctilious adherence to the score yielded results that were almost contradictory: a performance that was both true to the score and unexpectedly passionate. Staatskapelle Berlin took on a deeper sound, more colorful sectional playing, and better balances" Read the whole review HERE.

Elizabeth Barnette, who is specially sensitive to conducting technique, watched Boulez during the Third Symphony. "He has never has been a very theatrical conductor, and at age 84 he has refined his technique to the point of achieving maximum effect with minimal gestures. Rather than trying to beat the music into the orchestra he draws it out, molds it with his hands, and simply "exudes" the music, "Ausstrahlung" in German, projecting his ideas and concept onto an orchestra." Boulez's recording of this symphony is lyrical. He gets the mighty Vienna Philharmonic to sound fresh and lithe, colours transparent and glowing. Obviously the NY performance would have been different, but it sounds like it was pretty good. Read Elizabeth's comments HERE.

The Staatskapelle's playing in the Fourth Symphony was technically the best of the series so far. Read about it HERE. The third movement is utterly compelling, a transition from death to new life expressed through abstract notes. That coda! But everyone loves the final movement. There are lots of ways of singing it, from the sturdy faith of Jo Vincent with Mengelberg to the exquisite, gossamer purity of Christiane Oelze on the Stein chamber reduction. I like very light and fragile, for the singer is a dead child. Yet she's singing of earthly pleasure - FOOD! So sensual delight is perfectly apt. I've heard Dorothea Röschmann sing this, with Daniel Harding, a recording I didn't get at first but since have grown to love. Röschmann specialises in charming ingénue roles, so she can be convincing as a little girl in heaven pigging out to her heart's content. It's in the text and the gutsy music.

Symphonies One to Four connect to the magical, folksy world of Des Knaben Wunderhorn, so the Fifth heralds a new direction. This symphony lends itself to all kinds of treatment. Hell-for-leather versions can be exciting, and probably define the popular idea of what the symphony should sound like, but it isn't the only approach. Mahler himself was clear about the Fifth being "chamber-like" and there are conductors around who understand. What did Gene Gaudette make of Barenboim's Fifth ? Read the whole piece HERE. Although I wasn't there I'd tend to second his comments on Quasthoff. The Rückert songs require great finesse, even lightness of touch, and lie a little high for him. CHECK above about Boulez Mahler 8th in Berlin, 2007. Also other Mahler posts on this blog and more coming soon.