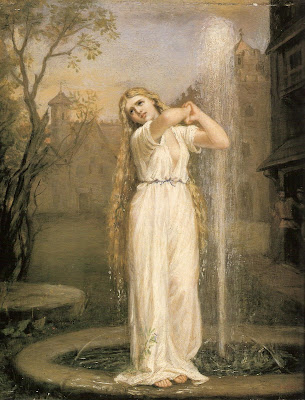 In April 2010, the ENO, London, will stage a new production of Hans Werner Henze's opera Elegy for Young Lovers. Henze is undervalued in England, which is surprising, since he spent so much time here in his youth. So, Henze lovers, we have a duty to spread the word!

So the current Royal Ballet staging of Henze's Ondine is a must see. Henze was a sensation in the early 1950's, radical in his own contrary way. He was still only 30 in 1956 when Ondine was written, but he'd already written seven ballets : Ondine was the breakthrough that established him in the genre.

Henze had already made his mark in opera. Boulevard Solitude (1948) enjoyed a new production a the Royal Opera House in 2001: it's regular repertoire in Germany. There's a DVD available (not ROH) - enjoy! Some fifteen other operas have followed. L'Upupa, und der Triumph der Sohnesliebe was a massive hit at Salzburg in 2003. The DVD of that is fantastic!

In 2006, Henze was so seriously ill he was months in a semi-coma. His partner of 40 years nursed him through his illness, but then suddenly died himself, still young. Frail as he was Henze completed the phenomenal Phaedra, where love triumphs over death. It's incredibly powerful, even without knowing the background. I was at its premiere in Berlin, shaken by its intensity. Rupert Christensen of the Telegraph, true to form, scolded the composer for making a "farewell" that wasn't light hearted and funny! Fortunately, for us, Henze isn't a follower by nature. He's now written yet another opera, Immolazione, to be premiered in 2010. Londoners may have to wait, or go to Rome, but the Barbican is doing Phaedra semi staged in January 2010, the highlight of a Henze Total Immersion weekend. John Mark Ainsley sings, as he's done in past productions. 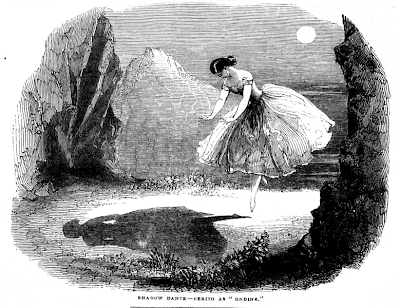 So get down to Ondine at the Royal Opera House and savour Henze's beautiful music. The choreography is by Frederick Ashton: beautifully romantic. The staging's deliberately retro, evoking the 19th century ballet Ashton wanted to celebrate Margot Fonteyn. Oddly enough the designs are by Lila Dinobili (b 1916) who also designed the Glyndebourne production of Henze's Elegy for Young Lovers in 1961. So indulge. This production is like a museum piece, its very antique look quite appealing in a post modernist way.

I learned the music from the CD set conducted by Oliver Knussen, so it was wonderful to "see" how it translated in dance. This was a lesson! Music for ballet has to allow for physical demands. Dancers can't float up in the air indefinitely. And there have to be episodes for extended dancing, which is the whole purpose. On audio such moments may drag but the drama is in the dancing itself. The music and choreography are so seamlessly integrated that you can see each semi quaver twitch in synchrony. Each note reflects in movement. The interplay between harp, piano, guitar and celeste is ravishing, but wait til you see the dancers express it en pointe! There's a wonderful scene where Ondine plays with her shadow, which the orchestra recreates with different textures. Then a wonderful ensemble, when the dancers form a circle, their arms undulating like a giant sea anemone. I'll never be able to hear that passage again without seeing them in my mind.
See full review HERE
PLEASE SEE ALL THE OTHER POSTS HERE ON HENZE, enter name under SEARCH There are lots