Opera and Lieder bridged by Wolf 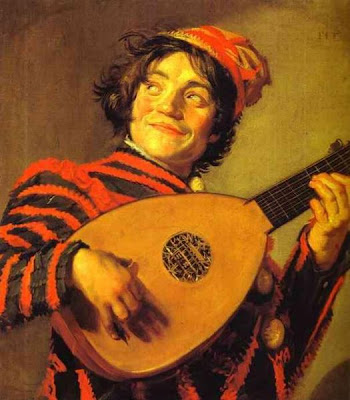 Lieder and Opera are different worlds, where different values apply. In opera, a singer has to compete with others, with the orchestra, the set and even the plot. In Lieder, singer and pianist have to create whole worlds on their own in the space of a few minutes.

Hugo Wolf's songs are often called "operas in miniature" because each contains so much action they're like condensed sagas. Wolf's piano parts act like commentary, often wry and subversive.

On 19th May, those who'd booked for Netrebko and Hvorotovsky missed out because they cancelled, but Lieder fans were OK at the Wigmore Hall with Wolf's Italienisches Liederbuch.

The 46 songs in the collection aren't a cycle, and don't form a narrative. Instead they're like a kaleidoscope of "Italian" life, romanticized through Austro-German imagination. Wolf panicked and got seasick on his only attempt to get to Italy, but these songs burst with colour and energy, each a mini drama in itself. Dissolute monks seduce girls whose mothers trust men in robes, a girl wants an "older man" – aged 14! Sometimes it feels like you're listening in on a moment from a much larger story. Why are the lovers scrapping? How can a man's heart leap clean out of his chest and go looking for his girlfriend?

Plenty of drama then in these songs, so the temptation is to play it up to the hilt with expansive action. Yet, fundamentally these songs are still Lieder where what you hear is only the beginning. It's not enough just to create a character. Lieder is about frames of mind, abstract ideas as well as literal stories.

Christian Gerhaher knows this, singing with clear focus, convincing without help from costumes or narrative. But with Lieder there is always something deeper and invisible. Take the song, Schon strekt' ich aus im Bett. A man jumps out of bed and heads for the streets where he plays his lute. But it's no serenade. Wolf sets the last stanza with a strange, meandering cadence. It sounds like the strumming of the lute, yet also evokes the man's relentless wandering. "Many a girl has been moved by my song" go the words, but his music "is wafted away in the wind". Nicely elusive. Is the man a rake, or do the girls dump him despite his songs?

The soprano, Mojca Erdmann is very young, so she's at the stage where she needs to show what her voice can do technically. Hence the starry diva moments like the flourish at the end of Ich hab' in Penna. Impressive, but not in balance with the song. Sure, the girl in the song is bragging about having lovers in every town, but it's more effective with a touch of subtle humour. The difference between opera and Lieder is that Lieder is close focus, thoughtful and intimate. As the first song went in this recital went, Auch kleine Dinge können uns entzücken (even small things can delight us) . "Think of the rose" it continues, "it's small but smells so sweet".

Tim Ashley said much the same about this concert but less gently. read HERE