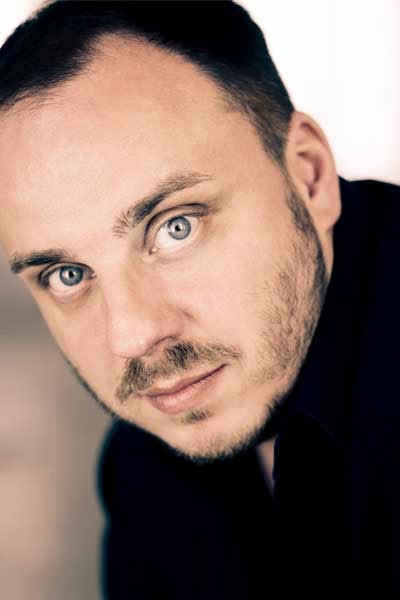 At the Wigmore Hall, London, Matthias Goerne and Lief Ove Andsnes performed Mahler in a unique programme built around Shostakovich's  Suite on Verses of Michelangelo Buonarroti op 145 (1974). Who but Goerne would dare such an eclectic juxtaposition, framing six songs from Shostakovich's eleven song cycle with songs drawn from Mahler's entire output, each of which presents formidable challenges? Most singers would pale at the very prospect of singing songs from the Rückert Lieder, Des Knaben Wunderhorn, Kindertôtenlieder, and transcriptions from the symphonies, but by throwing Shostakovich into the mix, Goerne drew out new perspectives in both Mahler and Shostakovich. This was a daring, even shocking programme, and technically a formidable undertaking, but Goerne carried it off with conviction and superlative artistry.

The Mahler anniversary year brought forth Mahlerkugeln, commercially palatable but poisonous to art.  Goerne's Mahler isn't like that, but as uncompromising and demanding as the composer himself.  He's been singing Mahler for nearly 20 years, his interpretations enhanced with an intuitive appreciation of the music as a whole. I've seen him sneak into the audience after singing, and watched him listening intensely to the orchestra and conductor he'd just worked with playing symphonies with no vocal part. This in itself is an insight: song infuses all of Mahler's music and vice versa. Mahler's songs aren't really made for celebrity showcases, but for those who care about the idiom as a whole.

Hearing Mahler on equal terms with Shostakovich broadens the equation, shedding light on Shostakovich's admiration for Mahler. Goerne has made a speciality of  Suite on Verses of Michelangelo Buonarroti  Here he did the piano and voice original with Andsnes, but the memory of the much richer, more complex orchestral version hung over it inaudibly, much in the way that knowing Mahler's orchestral music enhances appreciation of his songs.

The programme was divided in themes based around each of the Shostakovich songs. in Utro (Morning), the poet describes his lover's golden tresses, garlanded by flowers.  The mood is sensual, perfumed with the promise of love. Goerne began with the most delicate of Rückert songs Ich atmet' einen Linden Duft, where the music sways like an invisible fragrance. Melancholy infuses Shostakovich's song, as if in the moment of embrace he can foresee parting. Seamlessly, Goerne and Andsnes  flowed into Wo die schõnen Trompeten blasen, where the woman thinks her lover has returned. But he's an illusion, foretelling death.  These songs aren't to be taken at face values. Goerne's hushed tones suggested sadness, quietly understated.

The expansive long lines in Razluka (Separation) express distances, in time and in space. The poet cannot live without love, and dies, leaving the memory of his devotion as a pledge. Michelangelo, being an artist, lives eternally in the works he left behind. Goerne followed Razluka with Es sungen drei Engel einen súßen Gesang, the transcription for solo voice and piano of the Wunderhorn song that appears in Mahler's Symphony no 3. In the symphony, the youthful chorus sounds innocent, but the song deals with life after death. Similarly, in Das irdische Leben the child dies because its needs are unfulfilled. Goerne emphasized the word "Totenbahr" to drive home the point. Two songs from Kindertotenlieder followed, Nun seh' ich wohl, warum so dunkle Flammen and Wenn dien Mütterlein, where Rückert describes seeing the images of his dead children. Was dir nur Augen sind in diesen Tagen" sang Goerne,  purposefully, "in künft'gen Nächten sind es dir nur Sterne" Death is just one of those "separations" (Razluka) that will be overcome. Yet again, Goerne and Andsnes performed the piano/voice transcription of Urlicht from Mahler's Symphony no 2. We don't need to hear the mezzo and the choir, but we remember them and the part the song plays in the symphony.

In Noch, Michelangelo describes a marble angel that breathes, both a work of man and of God. Shostakovich wrote this cycle as he approached his own death, possibly anxious that once he was dead, the Soviets might suppress his music, so the connections to Rückert and to Mahler are clear. "Ich bin gestorben" sang Goerne with quiet dignity, rising to forceful rstraint "In meinem Himmel, in meinem Lieben, in meinem Lied". Ich bin der Welt Abhandedn gekommen as a song of protest? In this performance, totally convincing.

Hence Goerne and Andsnes launched without a break into Shostakovich Bessmertiye (Immortality).
with its defiant capriciousness. "No ya ne myortv, khot i opushchen v zemlyu" (I am not dead, though I lie in the earth). The critical line rises gloriously, agilely upward "I am alive in the hearts of all who love"  Andnes played the "shining" motif evoking a balalaika, a folk instrument that can't be suppressed, but in this performance, the Mahler images of light and "Urlicht" were more dominant than in performances with a true Russian bass like Dmitri Hvorostovsky. But deep basses can't quite manage the agility needed for Mahler.

In Dante, Shostakovich unleashed the pent-up savagery he must have felt, living in a repressed society. Dante's writings, the text reminds us,  were "regarded with scorn by the general mob", bur  Michelangelo would prefer to suffer than deny art. Ya b luchshey doli v mire ne zhelal!" sang "I could wish for no finer earthly life".  Goerne has spoken Russian since childhood. He was young enough to receive the benefits of a DDR education without suffering hardship, but any sensitive person can identify with the idea of art overcoming obstacles. One has only to think of Masur and the Leipziger Gewandhaus Orchester in the tense times of 1989.

Hearing Mahler's Revelge in this context  makes the song much more pointed than a mere ghost story. The dead soldiers march through the town at night, singing "tralalee, tralalay, tralala" but the words were sung with a hollow mechanical edge. Entirely appropriate because in war, men are turned into machine fodder. The point might have been made even more savagely if Goerne and Andnes had included Shostakovich's Gnev (Anger) which specifically pins the blame on the abuse of  power. "For Rome is a forest full of murderers". However, I suspect that would have shifted the balance too far from Mahler.

Instead, we had Smert (Death), whose slow, sinking lines move in penitential procession. The strings of Andsnes's piano were suppressed to create a sense of hollowness, like footsteps treading implacably towards death. Shostakovich's full cycle ends on an upbeat, light motifs skipping into eternity. This performance ended with Mahler's Der Tamboursg'sell, where the drummer might seem unconcerned about his imminent execution. He says goodbye to the military, rank by rank, but we don't know what he's done to deserve being killed. Perhaps, to interpret this song, we need to consider other sources,the times and even the context. When we listen to anything, we hear more than what's immediately before us. This recital had such an impact on me that I was thinking about how Mahler and Shostakovich fitted into a wider musical scheme of things. Goerne and Andsnes sang Beethoven An die Hoffnung Op 94 for an encore, with the glorious, "O Hoffnung", glowing with hope and the references to angels, midnight and transcendence. I could almost visualize composers  moving in succession : Beethoven, Schubert, Brahms, Mahler, Shostakovich and many more, and think of performers, performances and music other than song. The recital was over, but still having an impact on me.

This article appears in Opera Today
at January 08, 2014