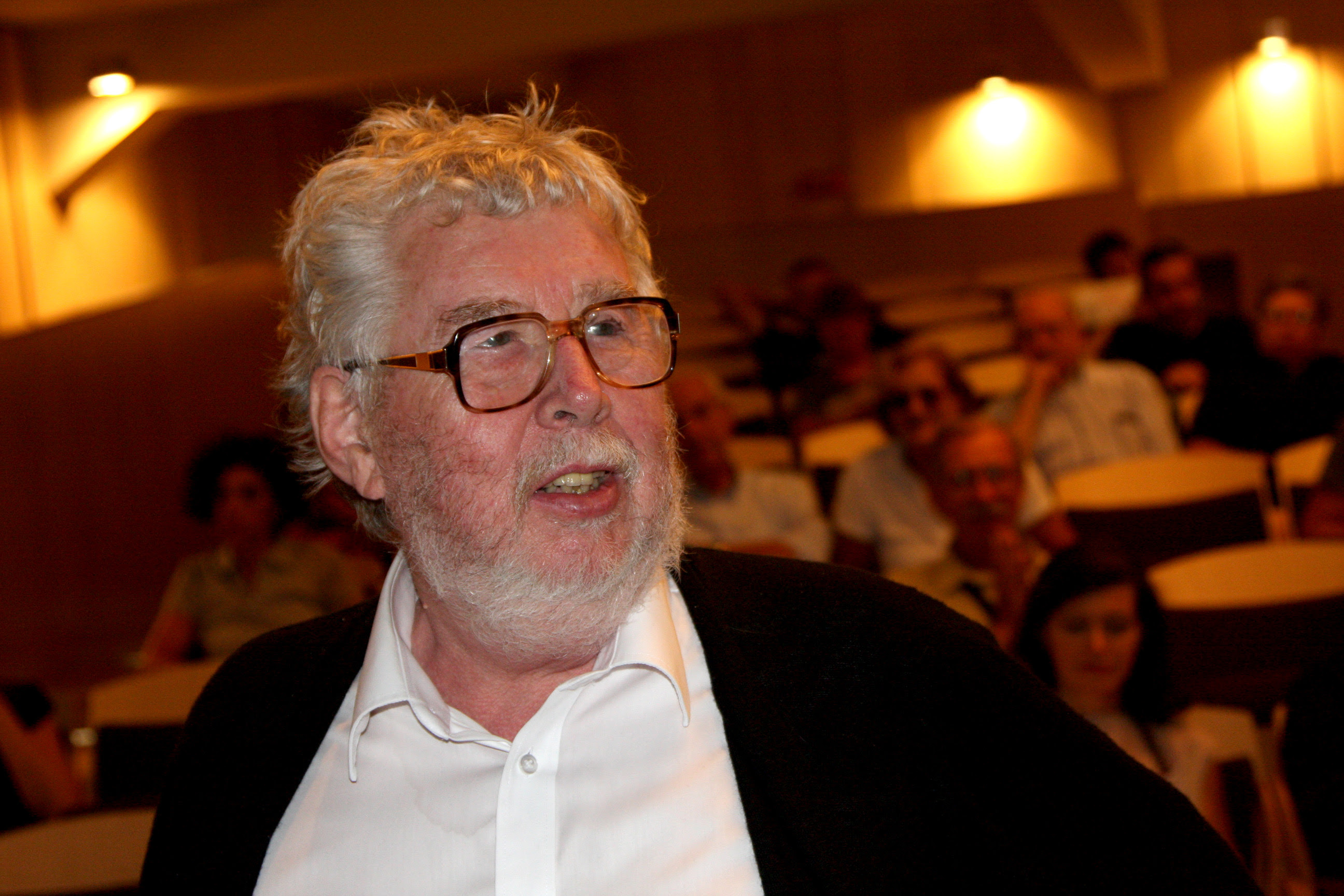 "The Barbican marks Sir Harrison Birtwistle’s 80th birthday with
Birtwistle at 80, celebrating one of the great iconoclasts of British
classical music with performances of his operatic, orchestral and chamber masterpieces" so states the publicity.

Birtwistle is easily the greatest British composer of his generation.He's a true original who doesn't follow safe, established paths or court populist favour. Like Benjamin Britten, he isn't "Establsihment" by a long shot. If he ever becomes Master of the Queen's Music, we'd be in for a shock. Knowing Birtwistle, he'd give a good-natured shrug and chuckle with a twinkle in his eye.

The Barbican series is thus extremely important.  "At the heart of the series are two of Birtwistle’s most contrasting operas, Gawain (1991) and Yan Tan Tethera (1984), presented in concert hall stagings directed by John Lloyd Davies......Rooted in the English tradition, whether chivalric or folk, these operas highlight Birtwistle’s deep interest in ancient myths and rituals." The director comments "Birtwistle is one of the most viscerally theatrical of composers. All his works embody his obsession for his characters “to have blood in their veins and sex in their loins”.The great Arthurian myth of Gawain and the raw, wind-scoured Wiltshire plains of Yan Tan Tethera share familiar Birtwistle devices of ritual and repetition, yet even in a concert-hall staging what overwhelms the listener is the theatrical power, inventiveness and energy of the composer’s musical imagination.’

On Friday 16 May, the Barbican and the BBC Symphony Orchestra present the iconic opera Gawain, based on the late 14th-century English romance Sir Gawain and the Green Knight, with a libretto by David Harsent. Martyn Brabbins conducts a star cast including bass Sir John Tomlinson singing the Green Knight, a role that he created for the world premiere at Covent Garden in 1991, and baritone Leigh Melrose in the title role. On Tuesday 29 May, the Barbican and Britten Sinfonia join forces for a co-production of the chamber opera Yan Tan Tethera. With text provided by Tony Harrison, the piece is based on a supernatural folk tale of two shepherds counting their sheep and encountering the devil. Led by Baldur Brönnimann, the cast includes baritone Roderick Williams in the role of Alan and soprano Claire Booth as Hannah.

"The themes of myth, ritual and landscape are also evident in the other events that are part of the Barbican’s celebration. Oliver Knussen conducts the Birmingham Contemporary Music Group in Birtwistle’s early breakthrough piece Tragoedia (1965), inspired by Greek theatre and mythology (Sunday 25 May – Milton Court).  The performance is part of a programme showcasing chamber works and songs from across the composer’s career, including Silbury Air (1977 – revisited in 2003), inspired by the prehistoric mound of Silbury Hill in Wiltshire, and the recent Fantasia Upon All the Notes (2012). The monumental orchestral work Earth Dances is presented by the London Symphony Orchestra and Principal Guest Conductor Daniel Harding (Tuesday 20 May). At the core of the piece, which is based on Birtwistle’s fascination with nature and the shifts and changes affecting landscape, is a geological metaphor: the orchestra is divided into six “strata” with ever-changing relationships reflecting those of the earth’s layers."

"Closing the series on Friday 30 May, Britten Sinfonia and conductor Baldur Brönnimann focus on Birtwistle’s quintessential Britishness and his relation to the pastoral tradition, in the context of an evening of British music inspired by landscape and national identity. The programme features Birtwistle’s The Fields of Sorrow and Melencolia I, and works by Holst and Vaughan Williams (including the latter’s suite Flos Campi for viola, small orchestra and small chorus with soloist Maxim Rysanov and Britten Sinfonia Voices directed by Eamonn Dougan). As a pre-concert
event, the Arditti Quartet – who will also be presenting the world premiere of a new Birtwistle work during their 40th birthday celebration at the Barbican on 26 April – pay homage to the composer with a performance of String Quartet:The Tree of Strings. With its title taken from a poem in Gaelic by Sorly MacLean, String Quartet:The Tree of Strings is deeply rooted in a sense of place, powerfully evoking the desolate history of the Scottish island of Raasay where MacLean was born and where
the composer himself lived in the 1980s. "

For more details, please see here.
Please also follow the label "Birtwistle" on this site  : I've covered more Birtwistle than most, and havce written about many of the works above.
at April 07, 2014