Rameau Zaïs Orchestra of the Age of Enlightenment QEH 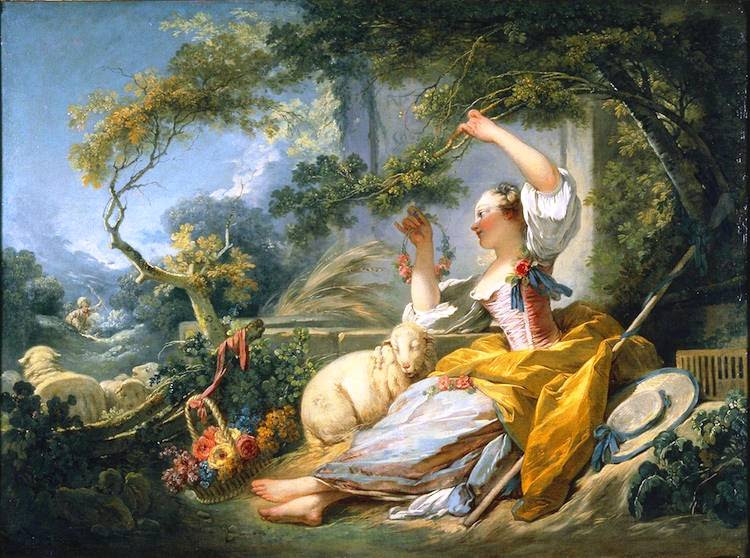 Shepherdesses, gods and supernatural sylphs, jostling merrily together in Jean-Philippe Rameau's Zaïs, performed by the Orchestra of the Age of Enlightenment complete with dancers.,This is the latest venture by the Rameau Project, a multi-disciplinary group dedicated to Rameau scholarship. In October, Anacréon (1754), reconstructed from archival sources, and Pigmalion will receive their modern premieres.

Zaïs (1748) opens with a Prologue in which the orchestra depicts Chaos itself - the origin of the Universe, from the Elements - Earth, Air, Fire and Water - are brought into being, an ambitious concept, but one which reflects the audacious bravado of the high Baroque.  The strings scream turbulence like howling winds, and percussion beats thunder. Four flautists stand apart from the main body of the orchestra, playing wavering lines that might suggest flames. Anyone still under the misapprehension that period instruments can't do gusto needs to hear the energy of the OAE, unleashing the creation of the Sun no less, and the world of gods and men. A woodwind chorus plays birdsong, reminding us how deeply Messiaen's roots reached into the past. Jonathan Williams conducted, bringing out the sprightly humour in the work which I feel is so important in the idiom. Rameau was a radical in his day, no po-faced curmudgeon.

Zaïs, King of the Sylphs, has fallen in love with a mortal, the shepherdess, and she with him, thinking he's a shepherd. Jeremy Budd and Louise Alder wore normal concert black, as did Ashley Riches (Cindor), Katherine Watson (Amour). David Stout (Oromanés), Katherine Manley (The High Priestess), Anna Dennis (A Sylphide) and Gwilym Bowen, a cupid-like Sylph. This was surprisingly effective. Realism is not of the essence in an allegory like this, any more than in the pastorals of Watteau, Boucher and Fragonard or Le Petit Trianon.  Choreography is hard to authenticate, but it was interesting how this dancing reflected the music. Edith Lalonger had the dancers use stylized poses, their arms hovering in the air during pauses in the music. What did real shepherdesses wear in those times?   They can't have moved like characters in a toile de jouy. These certainly weren't Grecians of Antiquity. So it's fair to imagine them as 18th century Parisians re-imaging the past.  Are the costumes in Rameau's operas an elaboration of normal court dress, if "normal" could ever apply to Versailles?

The love between Zaïs and Zélidie,transgresses social boundaries so must be tested throufgh a series oif trials. which involve impersonation and deception, magic flowers and offers of immortality. The role of Zaïs is far more demanding than the others, so it would be quite unfair to quibble about the use of a score. Budd has the notes and carries them with fine flow: Zaïs must be quite some guy. Interestingly, Rameau seems to give more gravitas to the male characters than to the women,  allowing Riches and Stout some very good moments. The choruses were the Choir of the Age of Enlightenment and Les Plaisirs des Nations.

The dancing gives visual content to abstract ideas. I thought of the way French philosophy predicates on formal logic and precision. Boulez, for example, studied and conducted Rameau. Eventually, love wins out. Zaïs and Zélidie are miraculously time shifted into  barren desert. Thunderclaps in the orchestra and whirling winds. These could hardly be staged realistically in the short time frame Rameau gives them, but the storm is more allegory than nature. This is an aesthetic very different indeed from later forms of opera. Hopefully the Rameau Project will enlighten us further. Cuthbert Girdlestone's monumental biography of Rameau remains the cornerstone, but much has happened in Rameau studies since it appeared in 1959. Graham Sadler's new book is eagerly awaited.

Email ThisBlogThis!Share to TwitterShare to FacebookShare to Pinterest
Labels: baroque culture, Orchestra of the Age of Enlightenment, Rameau