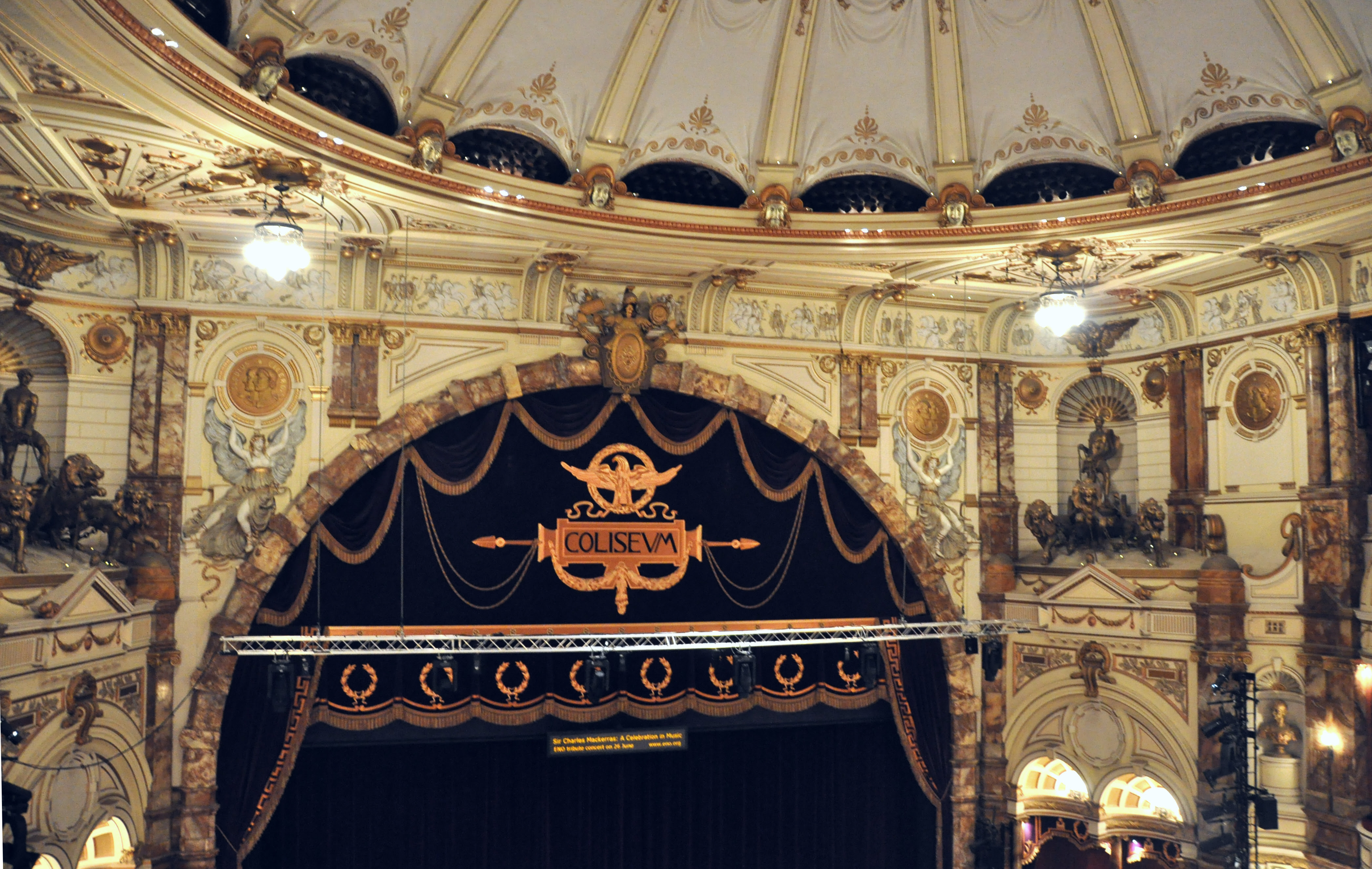 Under threat from punitive cuts by Arts Council England, English National Opera is fighting back with a bright new season for 2015/16.  Closing down the ENO would destroy a national asset that's taken decades to build up,. The ENO is unique, and part of its survival strategy should be to celebrate that uniqueness, and its  place in the wider network of the cultural life of this nation.

Last year, 201,361 people attended an ENO performnce live, up from 182, 242 in the same period the previous year, while an extra 51,000 heard broadcasts on radio and in the cinema. Popular marketing ideas like Secret Seat and Access All Arias did well. This year a new initiative: 23% of tickets for every performance will be sold at £20 or less. Thirty-five percent of first-time visitors via Opera Undressed have returned to catch another show. Capacity is up, though capacity figures are a crude measure of success. The ENO audience is slightly different from the ROH audience, which is supplemented by the international market, which the ENO hasn't even started to test, though it could exploit the niche market for operas written in English, as it has done with Philip Glass and Benjamin Britten. .


The Coliseum itself is an asset. Part of the fun of going to the ENO is the quirky, iconic Frank Matcham building, the biggest and most beautiful theatre in London. If crowds can come and enjoy Trafalgar Square and the West End, why not add art and architecture to the mix? Commercial developers might covet the site, but it doesn't make business sense for the ENO to move elsewhere. Negotiations for a foyer Benugo are well underway, but there are other opportunities to make profits from other parts of the building.  (I for one would miss those ornate wooden doors.) At the end of the day, though, people don't go for sandwich cafés, or even because tickets are cheap. Opera isn't cheap to produce and shouldn't be seen as cheap entertainment. Besides people often use cost as an excuse for not going, and happily spend much more on other things, eg football. .

First, in September, the long-awaited  Shostakovich Lady Macbeth of Mtsensk. first seen in Düsseldorf in 2008, directed by Dmitri Tcherniakov. Patricia Racette, John Daszak and Peter Hoare sing the leads. Mark Wigglesworth, new ENO Music Director, conducts.  In November, a new production of Puccini La bohème directed by Benedict Andrews, who did the striking Monteverdi Return of Ulysses for the ENO at the Young Vic in 2011.

Even more exciting, for lovers of rarer repertoire, Verdi's The Force of Destiny in a new production of Calixto Bieito, whose Carmen for |ENO , adapted for English sensibilities, has proved quite popular. Bieito may be shocking to some, but his ideas stem from a deep reading of text and music. His La Forza will be set in the Spanish Civil War. Don Alvaro would be perfectly at home.


The ENO's first ever Bellini Norma, in February, conducted by bel canto specialist Stephen Lord, directed by Christopher Alden with designs by Charles Edwards. This is a joint production with Opera North., giving the company a home in London.

Probably the mega-hit of the year, a new production of the legendary Philip Glass Akhnaten  by Improbable Theatre Company's Artistic Director, Phelim McDermott, who created the astonishing Glass Satyagraha (of which much on this site).  Expect spectacula !  Thirty years ago, Aknaten marked the beginning of the ENO's long relationship with Philip Glass.

Stuart Skelton, an ENO discovery, returns as Tristan in a new production, in English of Wagner Tristan und Isiolde. For Skelton, fans will turn out in droves, especially as Matthew Rose is singing Marke and and Edward Gardner is returning to conduct.  Sets are being designed by Anish Kapoor, as part of the ENO's new relationships with British visual arts. Director is Daniel Kramer, who did Duke Bluebeard's Castle in 2009.

Revivals incliude the perennial and much loved Anthony Minghella Puccini Madam Butterfly, David Alden's Janáček Jenůfa  and Mozart The Magic Flute, directed by Simon Burney of Complicité, who created the wonderful effects in the ENO's surprise hit A Dog's Heart.  When this Magic Flute premiered, it was met with incomprehension in London  but well received in Aix and in Amsterdam.  But Magic Flute is fantasy, and deals with the pursuit of wisdom through knowledge and trial. It doesn't "need" to be quaint. (Please see my review HERE)

The other two revivals are Jonathan Miller The Barber of Seville and The Mikado. That's what you get when a house is strapped for cash and can't take too many risks. Fun enough for some, but perhaps not healthy fare for those for whom opera is a living, thrilling form of art..