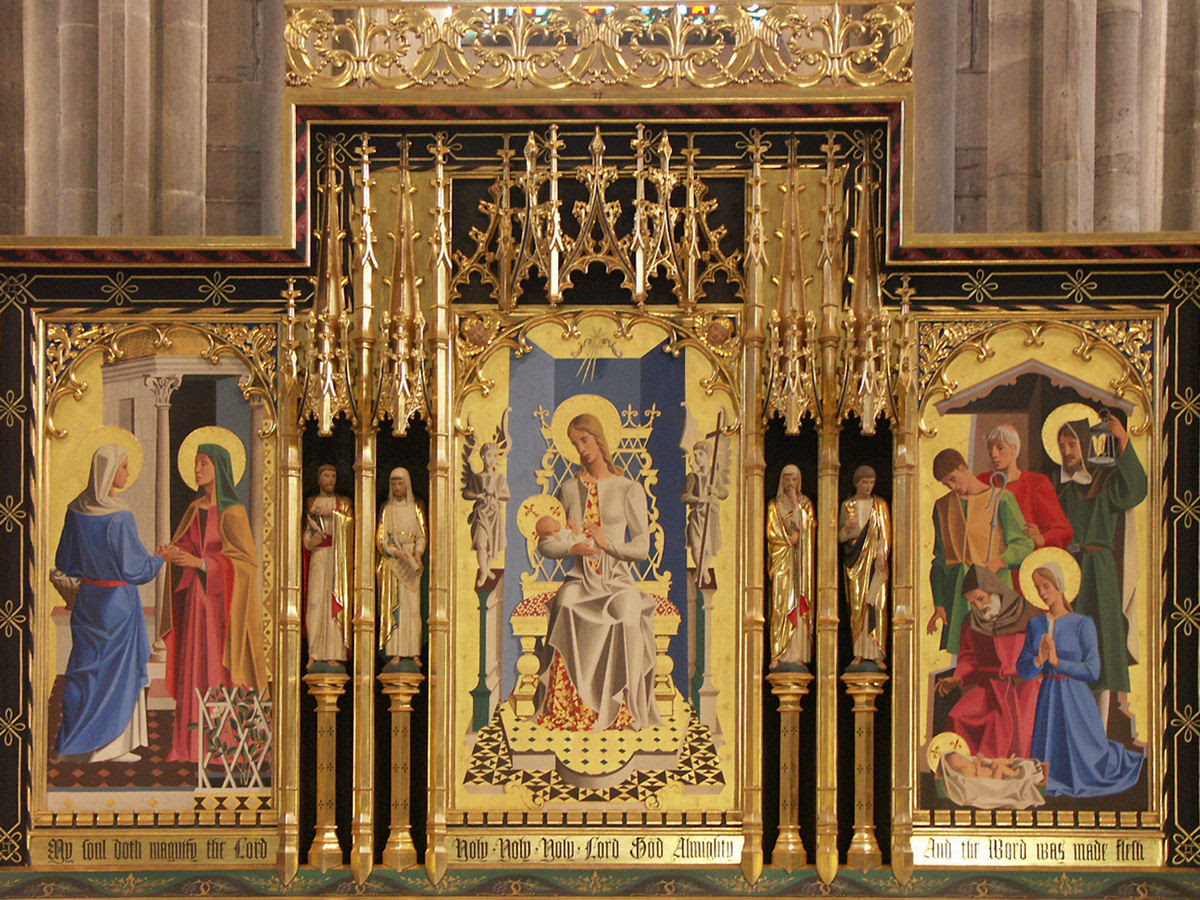 The full programme for the 2015 Three Choirs Festival, this year at Hereford, has been announced.  Many juicy nuggets and surprises, reflecting Artistic Director Geraint Bowen's  lively approach to this unique and ever-developing Festival. This year, the combined choirs of Hereford, Worcester and Gloucester will be joined for the first time by the Orchestra of the Age of Enlightenment,  supplementing now regular visitors like the Philharmonia Orchestra. The OAE will be able to expand the Festival repertoire in imaginative directions.

As always, the "big" events in the Cathedral form the foundations of the Three Choirs tradition. This year's first evening concert, on Saturday 25th July, features Elgar's Dream of Gerontius, (Please read more here).  Sarah Connolly. Peter Auty and Neal Davies, with Geraint Bowen conducting the Philharmonia. I recommend going early to Hereford, to take part in the Opening service (Purcell and Handel), because Three Choirs is more than just a music festival; it is also a celebration of religious faith, which defines the whole spirit of the Festival. Go, whatever God you adhere to, because faith and hope connect all religions.  Plus, you'll be able to attend Roderick Williams' afternoon recital "Song of the Hero". Williams will be singing Elgar's Sea Pictures for baritone and piano - unusual, and surprisingly powerful. It's been in his repertoire for some time (e.g. at the Oxford Lieder Festival). He'll also be singing lesser-known songs by Vaughan Williams and Howells and a new commission by Rhian Samuel. This is an important concert, and will be broadcast on BBC Radio 3. (date unknown)

On Sunday 26th July, Olivier Messiaen Turangalîla-Symphonie - a truly spectacular celebration of life, love and nature. , not something which one might associate with staid English church traditions, but a deeply felt, spiritual work, nonetheless. Messiaen was extremely devout, and an organist, who played at Mass almost every day for many decades.  It will be interesting to hear how the symphony fills the space in this Cathedral. Certainly, the sound of the ondes martenot will carry well.  Jac van Steen conducts the Philharmonia with Steven Osborne (pianist) and Valerie Hartmann-Claverie (ondes martenot).

"Requiem for 500 years"  on Monday 27th, a good concert of very early music with the Orlando Consort, followed by a talk on Agincourt, the decisive battle which separated England from France, 700 years ago. This is Arthur Bliss Day, too, with a rare performance of his Morning Heroes, a song symphony from 1930, in memory of Bliss's brother who died in the Great War. It's narrated by Samuel West, and conducted by Andrew Davis. On Tuesday "Three Centuries in one afternoon", continuing the theme of historical context, and Bach St Matthew Passion in the evening. On Wednesday, we move forward to 1715, with a concert built around Vivaldi The Cuckoo, wildly popular in England at the time, performed by Italian baroque specialists La Serenissima. In the evening, Beethoven Missa Solemnis. At Dore Abbey, Roy Strong presents "Poets and Princes" an entertainment on the English Monarchy, followed, ironically, by a talk on the Jacobite rebellion. The keynote concert that evening will be Carl Neilsen's Hymnus Amoris, coupled with William Mathias (d 1992) Lux Aeterna. Verdi Requiem on Friday night. The Festival concludes with "The Gathering Wave" a community participation event. Lots more - plays, talks, visits, chamber concerts - peruse the programme, looking for the hidden gems.

Email ThisBlogThis!Share to TwitterShare to FacebookShare to Pinterest
Labels: 3 Choirs, Elgar, Messaien, Orchestra of the Age of Enlightenment, Philharmonia