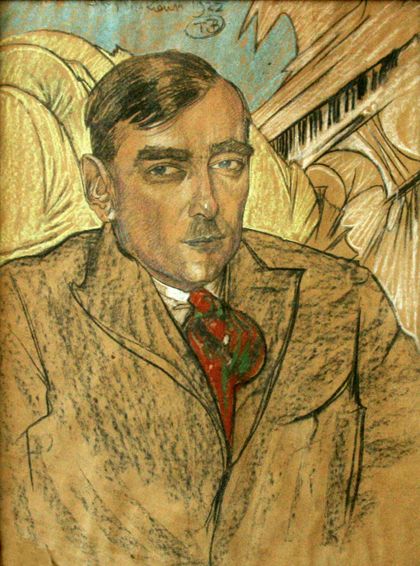 Karol Szymanowski's Król Roger (King Roger) op 46, at the Royal Opera House, London, from Friday  My review is HERE. . Król Roger is remarkable, and deserves to be appreciated as a key work in 20th century opera.  There are no excuses for claiming that it's obscure. Simon Rattle championed Szymanowski more than 30 years ago. His recording, with Thomas Hampson as King Roger, remains a benchmark.  Indeed, Rattle recorded most of Szymanowski's orchestral output, an achievement for which he deserves respect. Since then, there have been numerous productions and recordings, and two DVDs. So how will London audiences react?  As always, the key to assessing any production lies in knowing the repertoire.

Szymanowski suffers from being stereotyped, pigeonholed into arbitrary categories. Of course he was influenced by Wagner - who wasn't?   It's not enough to repeat the old clichés about Strauss and Wagner  In any case French and Russian influences are much more relevant. Think Debussy and Scraibin, if one must.  Labels are a form of lazy listening. Any decent composer is unique. Szymanowski was quirky, individualistic, non-conformist  and highly original.  It's much wiser to approach Król Roger through an appreciation of his music as a whole than to shoehorn him into artificial categories.. No-one needs to know Szymanowski to appreciate Król Roger, but listening with an open mind, and heart, is a better start.

Szymanowski managed the feat of annoying both the Communist Party and the Catholic Church in Poland, so be warned! Beneath those luscious chromatic colours lies a much more disturbing, uncompromising view of the world.  Król Roger scandalized audiences at its second performance in Duisberg in 1928. Presumably Warsaw audiences at the premiere were more discreet.. What manner of opera was this, that sounded lush but dripped emanations of poison? Quite likely some of the ROH audience and especially the press won't get it at all, since the underlying ideas are still subversive.  Król Roger remains a "mysterium"as the composer originally described it.  Perceiving that mystery is crucial to interpretation.

Although Król Roger is set in medieval Sicily, neither Szymanowski nor his librettist, Jarosław Iwaszkiewicz, had any illusions that it was anything other than a work of the imagination.  A signature of Szymanowski's style is that he blends in alien, exotic elements,, usually Islamic,  as alternatives to conventional Northern European values. and disguise his ideas under a wash of romantic adventure, so their threat will be missed by those who don't get past the surface. Someone once described Szymanowski's fantasies as "a hashish dream", but sometimes, in dreams, as in other altered states, lies wisdom.

It's significant that in Król Roger, Szymanowski makes explicit references to the Orthodox Church. The opera begins without an overture, leading straight into what sounds like church ceremonial   A strange point of entry, but right, since. Król Roger is  very much spiritual contemplation cloaked as drama. The choruses show that the King is very much subject to the power of the Church he serves. He's not really a free agent. The music hangs hypnotically, suggesting a kind of paralysis of the soul, functioning by ritual rather than true belief.   A hashish dream in itself ?  Into this, the Shepherd appears, upsetting certainities.  The music and stage directions imply that he's a manifestation of Dionysius, with culy hair, a "wild man" who comes from the unknown and from a suppressed, ancient past. That he's a shepherd, like Jesus, makes him all the more unsettling for good Christians. 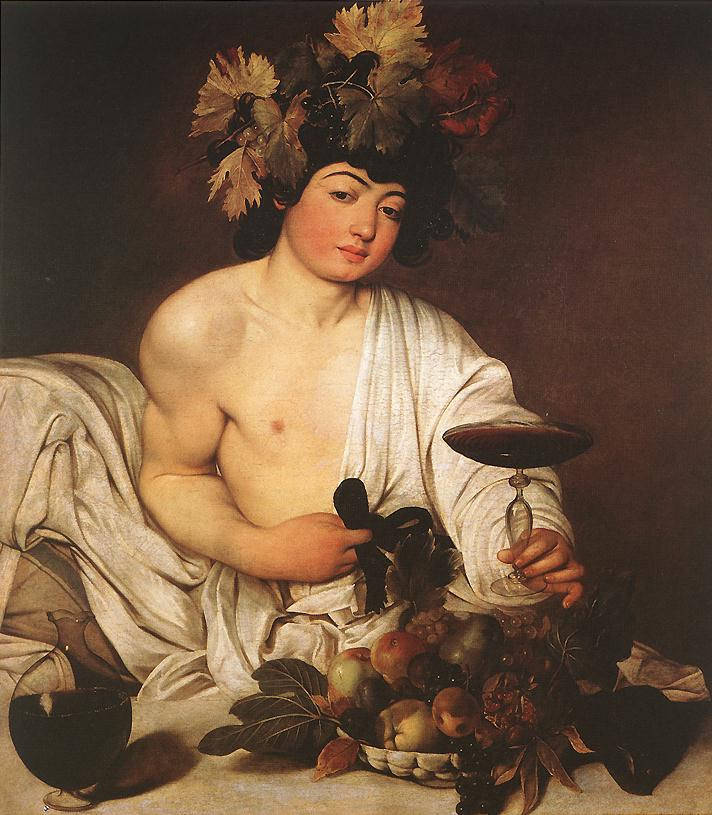 "My God is as beautiful as I am" the Shepherd declares.  Eventually, smiling elusively, he stares directly into King Roger's eyes. The King cannot remain as he was. This homosexual sub-plot runs through much of Szymanowski's work. But the Shepherd unleashes repressed sexual needs in those around him, including the Queen, Roxana, who stands up to the mob demanding his death. Again, the music speaks more strongly than words. At first, Roxana sings words,  but gradually transcends text into abstract vocalise, almost as if she's in a delirium beyond the constraints of articulate expression.   Listen to Roxanna's Song, a tour de force of primal emotion which, in 1926, was very much ahead of its time.  Even Lulu seems tame, .It's significant that Boulez discovered Szymanowski  through scores in his youth but didn't get round to recording until much later.  The germs of Boulez's innovative way with text may well lie not far from Szymanowski and Król Roger.

King Roger undertakes a pilgrimage, ending up in the ruins of an ancient temple, rather like Tannhäuser in reverse, though both reject pure, chaste gods for something more subversive.  Roger doesn't opt to follow the Shepherd, though, but makes his own choice, whatever that might be, as he greets the dawn. The Sun is a powerful, primeval symbol, the emblem of Apollo, of the Incas, of Louis XIV and more.  It's the source of life and light. Again, the music speaks louder than words.  Szymanowski almost certainly would have known of Thomas Mann's Death in Venice (1912). Indeed, he wrote a novel of his own,  Efebos, the manuscript of which is now lost. 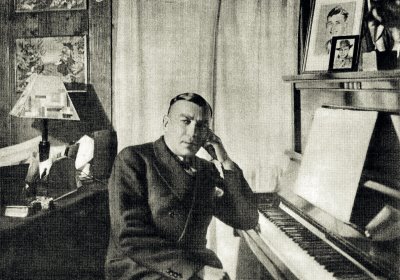 Perhaps the best short introduction to  Król Roger is to listen to his masterpiece, his Symphony No 3 "The Song of the Night".  Read more about that HERE.  In the mist of intoxicatingly deliriious music, a lone voice rises from the orchestra singing about a love that can only be expressed in the darkness of night.  In his non-vocal music, particularly the Violin Concerto, Syzmanowski employs pitches so high they almost escape the human ear, held by legato so extreme they're almost impossible to carry off.  Even in relatively lesser works like The Love Songs of Hafiz, or The Songs of an  Infatuation Muezzin or even Harnasie  the vocal lines see,m to defy gravity and the limitations of voice. . Again and again,  recurring themes of night. stars, love, and repression, that mark Król Roger, clothed in dazzling chromatic colour and stratospheric timbres, designed to seduce and yet, always elusive, to deflect the gaze of insensitive observers from the secret mysteries within.


Above, I've used contemporary images of Szymanowski, which underline the period in which he worked.  Król Roger dates from the 1920's, although its origins begin much earlier, with Szymanowskli's fascination with the mythical East and what it symbolizes. Although a Polish nationalist, Szymanowski's interest in folk music came at a later stage in his life. Like Bartók, Szymanowski looked forward, even with ancient material, like the legend of Dionysius.

I don't know what Kasper Holten's new production of Król Roger at the Royal Opera House will be like, though a big plus is that he's got the best Roger in the business at the moment, Mariusz Kwiecień, who sang the part in the Opéra Bastille Król Roger a few years ago, directed by Krzysztof Warlikowski and conducted by Kazushi Ono. Musically, that's the best version available,  and stage-wise extremely perceptive.  Warlikowski layers his visuals so  the singers, chorus and film projections are in dream-like reverie, luridly but ambiguously coloured, very much in the spirit of the music and the composer.  There's also a Pountney production for Bregenz which I cannot stand, because everything's reduced to clear outlines and brightly lit, not helped by very average performances. There are others worth seeking out : Piotr Beczala sang The Shepherd fairly early in his career.  Please see my numerous other posts on Szymanowski,  on ROH and on 20th century music.
at April 27, 2015