The Writing on the Wall ? BBC Proms 2015 announced 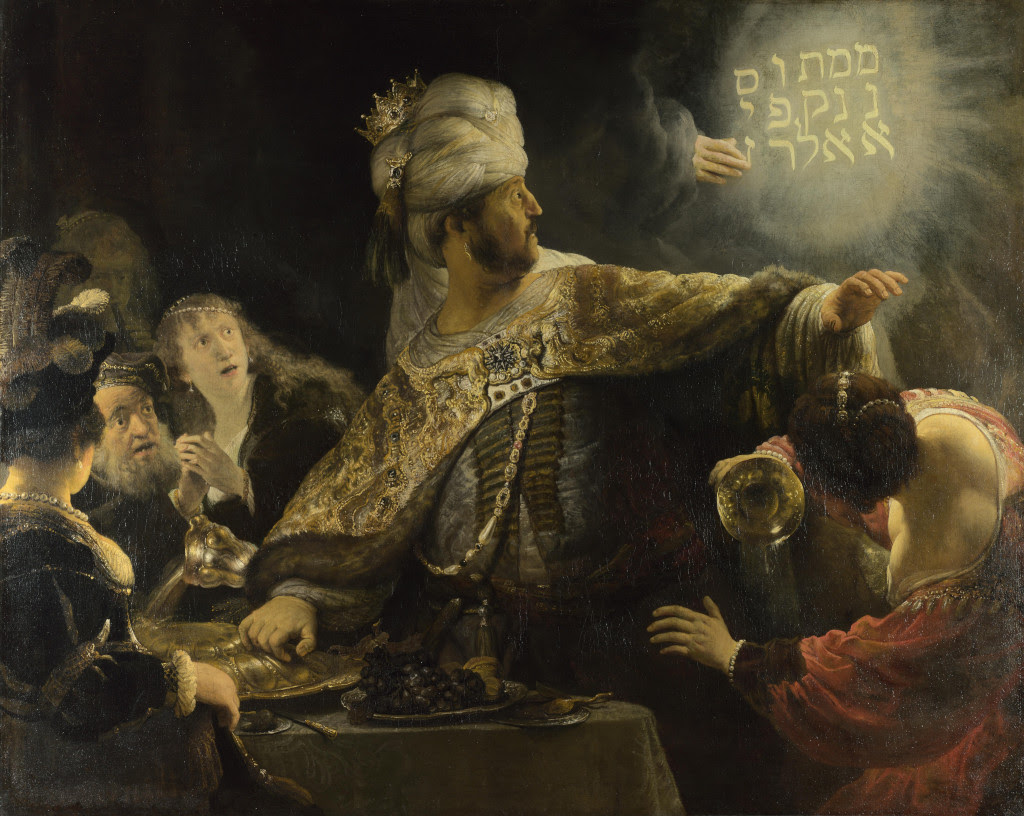 Details of the BBC Proms 2015 season now out! The First Night of the Proms on 17th July features a Feast of  Belshazzars - Sibelius and Walton - kicking the season off with suitable magnificence, though the ominous writing on the wall should not be overlooked, bearing in mind changes to the BBC and the focus of national arts policy. Enjoy, but be vigilant. Will the feat last? Sakari Oramo conducts the BBCSO with Lars Vogt Mozart Piano Concerto no 20. Also the Overture to Carl Nielsen's opera Maskerade, last staged in London years ago at the ROH.

The warning to Belshazzar is apt, because Prom 2 carries out the new diktat "Ten Pieces". The very notion that the vast wealth (feast) of classical music in the canon can be chopped into ten easy bite-sized pieces is just plain nuts. People learn music in lots of different ways : only robots and bureaucrats think in narrow boxes. The Ten Pieces philosophy assumes that listeners are too stupid to listen, learn and make the voyage of discovery in their own way. What are the BBC Proms for, anyway, after all? This nonsense stranglehold  has now become a condition of funding in organizations all over the country. Ultimately, Ten Pieces and the mindset behind it will cripple music appreciation, not enhance it.  It destroys the very idea of music as a creative experience. Few things breed stupidity more than half baked minds trained to think by rote. It's time to rethink the very basis of arts policy in this country. Heed the Writing on the Wall!

Three  Proms with Leif Ove Andsnes and the Mahler Chamber Orchestra, unfortunately labelled "Classics for Starters". Why diminish good music, good performers and the intelligence of listeners, even those who've never listened before?

Fortunately,hidden away among the gimmicks, pop bits and talks (alas usually not worth the effort), there's some good music. Andrew Davis conducts a hefty British music Prom on 22/7, honouring veteran Hugh Wood, whose music is genuinely good enough to be showcased on its own merits, not simply because he's British. Mark Elder brings the Hallé to Prom 17 on 30/7 with another meaty concert - Elgar Symphony no 2, Debussy Afternoon of the Faun and Vaughan Williams Sancta Civitas,

The first really out of the ordinary Prom comes on 4/8 , Monteverdi Orfeo, John Eliot Gardiner conducting a great cast, The Monteverdi Choir and the English Baroque Soloists. This is good programming, because it builds on the Orpheus themes which the Royal Opera House and others have been dealing with in depth in the past and in the 2015/16 season coming up.  This kind of "total immersion|" lets listeners go as deeply as they like into the ideas behind music, and the different ways in which such ideas can be expressed, infinitely less superficial than the shallow Ten Pieces mindset. There's absolutely no reason why non-listeners can't be drawn into the magic of music through more solid fare. That's how people have been learning and listening for millennia. More JEG Berlioz and Beethoven on 9/8.

Several things stand out - Prom 47 Jon Liefs' Organ Concerto which should lift the roof off the Royal Albert Hall, and keynote Nielsen Prom 46 with the Danish Radio Symphony Orchestra.  Two Andris Nelsons Proms with the Boston Symphony Orchestra, who nabbed a prize racehorse when they signed him.  But did he grab a pawn and lose the King?  Another must, François-Xavier Roth conducting the SWR Symphony Orchestra Baden Baden on 26/8 in Boulez, Bartok and Ligeti. Roth is one of the most charismatic conductors on the circuit vtoday. With a rock-solid background in baroque, he's bringing a very original, but perceptive take on new music.

Also not to be missed, Sakari Oramo's Sibelius Kullervo on 29/8.  This is inspired programming too, coming after the magnificent danced Kullervo in Helsinki (more here) and around the same time as the Edinburgh International Festival Kullervo (Edward Gardner). Again, the more you listen, the more you learn.

Recurring themes - Nielsen, Sibelius, James Macillan, Mozart. Big names - Haitink, Maria Joao Pires, Bychkov conducting the Vienna Philharmonic Orchestra, (Brahms, Franz Schmidt), and Simon Rattle Elgar The Dream of Gerontius on 11/8. Generally, though, a formulaic Prom season designed to be as non-demanding as possible, goodies concealed where they won't alarm the Ten Pieces Brigade. Perhaps this season should be re-named the Classic FM Proms, not the BBC Proms.
at April 23, 2015