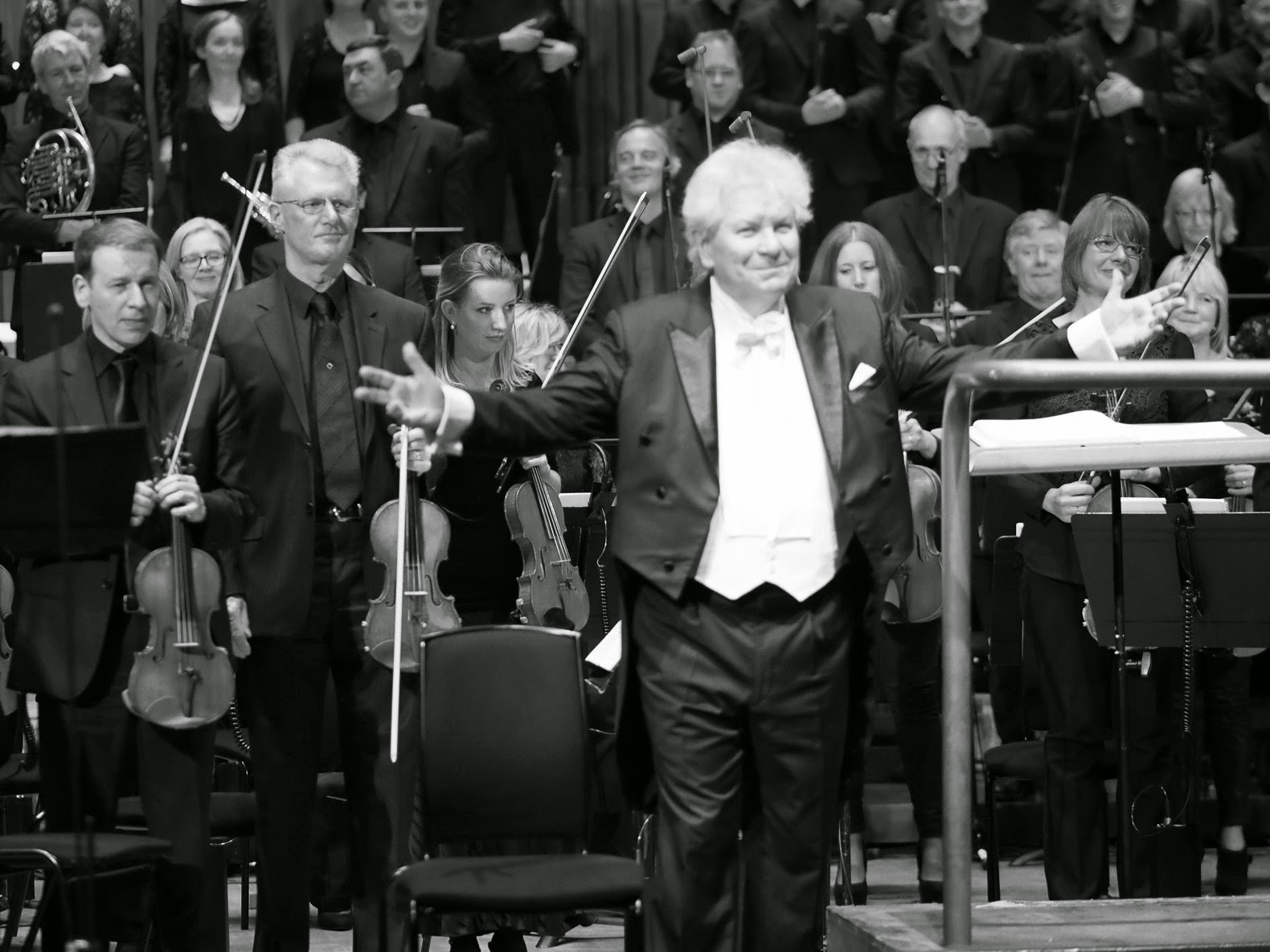 Jiří Bělohlávek's annual Czech opera series at the Barbican, London, with the BBC SO continiued  with Bedřich Smetana's Dalibor.  Bělohlávek has done more than anyone to bring authentic Czech music to Britain, and to the BBC Symphony Orchestra, where he was Chief Conductor for many years.  They've got the idiom under their skin, now, and for Bělohlávek they played with expressive vigour. Smetana has been called "The Father of Czech Music", for he was the first to embrace characteristic Czech folk style, fused with the bright, sharp syntax of the Czech language. Dalibor is a particularly important milestone, since it's explicitly nationalistic.  though disguised as folklore. The Hapsburgs ruled Bohemia from Vienna, and after 1848 clamped down on what they saw as sedition.  Dalibor took part in an uprising, destroying a castle and killing the burgrave. Although Smetana downplays the politics (to escape the censors) the message of Dalibor is loud and clear: Czechs love music, and with music they shall triumph over repression.

Dalibor is a hero: "Dalibor! Dalibor" the chorus (the BBC Singers) rings out with fervour, picked up wordlessly by the orchestra throughout the opera. Jitka, a country girl (Alžběta Poláčková) tells us how he saved her as an orphan. Already though, we have a hint of his otherworldly purity. She sings as though she's describing a saint.  Wonderful "processional" music marks the entry of Vladislav, the Czech King (Ivan Kusnjer). Bělohlávek has been bringing the top singers from the Prague  National Theatre, which he's been conducting for years, so these singers are now greeted in London as if they were familiar friends.  Besides, they can sing Czech repertoire better than anyone else. Kusnjer's voice rang with dignity. Like Pontius Pilate, this King doesn't want to kill, but  Milada the Burgrave's sister wants revenge. 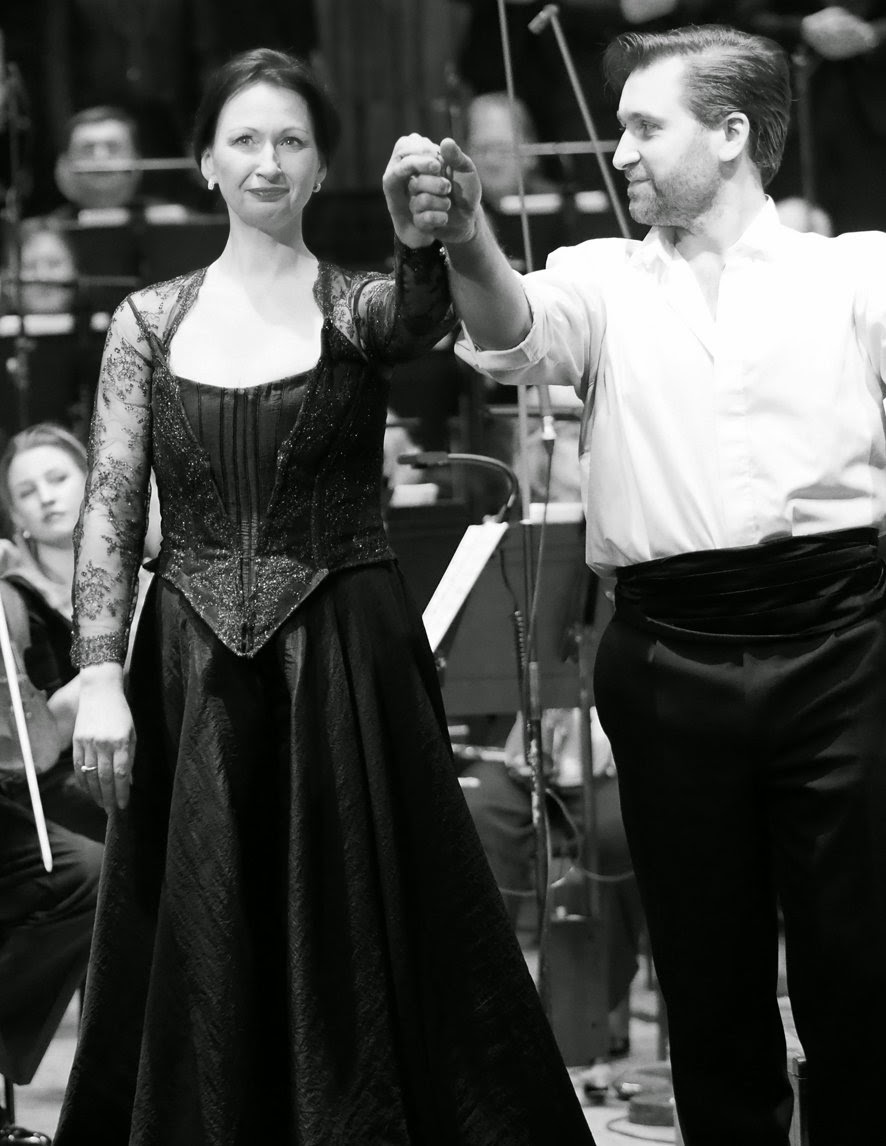 Dana Burešova sang Milada. She's another much-loved regular visitor.  She sang the female lead in The Jacobin, The Bartered Bride and most of Bělohlávek's other London performances of Czech opera.  Milada is a forceful lady, and Burešova's magnificent singing does her justice. The part calls for great vocal control, for the lines ring out with the intensity of a trumpet call, though  Milada's femininity is underlined by lustrous harp. Later Milada disguises herself as a harp-playing minstrel to charm her way into the prison.

Dalibor himself (Richard Samek) is more of an enigma. He killed the Burgrave because the Burgrave killed his friend Zdenek, who doesn't appear in the opera, but lingers, ghost-like, in the strings. Zdenek was a violinist, and Dalibor's love for him is so great that he'd rather be dead than live without him. Nonetheless, when he meets Milada, his love suddenly switches to her (on Zdenek's musical messages). Dalibor's a violinist, too. We don't hear him play but we hear the violins in the orchestra surround him in a halo of sound.  The smooth legato in his part suggests a bow gliding over strings.  Beneš the jailer ( Jan Stava), also a violinist, lets him have his old instrument to pass the time, which Milada delivers. The violin is thus the means by which Dalibor could escape from the dungeon. If he wished, of course, because he doesn't. When he's caught by Budivoj (Svatopluc Sem, another regular)  and told he's to be executed, he's meekly accepting. Perhaps he knows that his real secret weapon isn't his life but his music.

"We Czechs love music" the text explicitly states, so the whole opera is a coded protest, though the Hapsburg Empire ended only with the end of the First World War. Dalibor is wildly popular in Czech-speaking areas but the message is universal. When Gustav Mahler conducted Dalibor in Vienna in 1892, he may also have been making a private statement.  Mahler was a boy from small town Bohemia, where his father had followed the same profession as Smetana's father had done nearly 100 years before. Unlike Smetana, Mahler made it to the capital of the Hapsburg empire, chosen and protected by the Emperor himself.  Much is made of Mahler's use of Ländler, reflecting the sounds he would have grown up with in a German-speaking area in the provinces.  Mahler had been writing since his teens on themes connected to Des Knaben Wunderhorn, even writing his own poems. Almost certainly he would have been aware of Smetana  In Dalibor, for example, Jitka and Vitek (Aleš Voráček) sing a love duet which could come straight out of Wunderhorn, though it's clearly Czech. Dalibor is clearly inspired by Beethoven Fidelio, although musically it's very different. But might Mahler have thought of Dalibor when he wrote Das  Lied des Verfolgten im Turm with its passionate refrain,  "Die Gedanken sind frei! "
Photos: Roger Thomas
at May 03, 2015