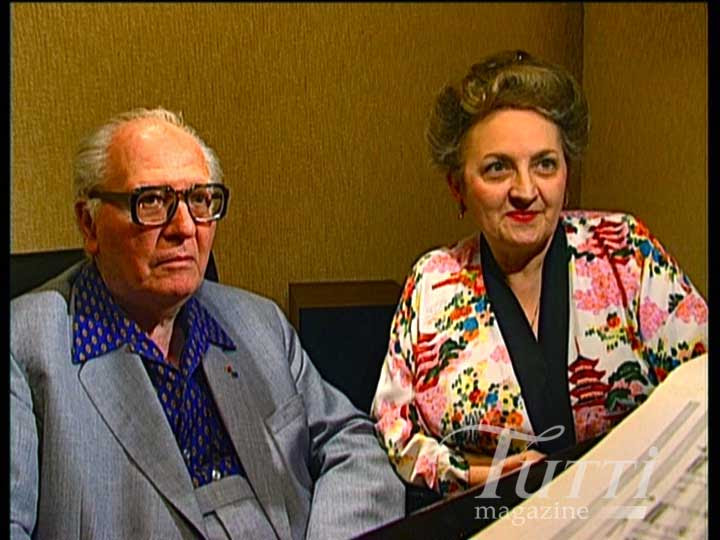 Messiaen Turangalîla-Symphonie, with Esa-Pekka Salonen and the Philharmonia, Royal Festival Hall, London.  A magnificent performance, infused with true insight into the whole  trajectory  of Messiaen's output.  Turangalîla is a strange, exotic beast, quite unlike anything else in the repertoire, confusing and contradicting easy assumptions.  Salonen, however, is one of the best Messiaen exponents of our time, and understands the idiom well. This was a performance of great insight.

When Turangalîla premiered in 1948, one writer  referred to its “fundamental emptiness… appalling melodic tawdriness…..a tune for Dorothy Lamour in a sarong, a dance for Hindu hillbillies”. He had a point. If ever there was music in Technicolor, this is it, complete with cinematic swirls of the ondes martenot.  These days, when we hear the ondes martenot, we don’t associate it with cutting-edge Varèse, but with Béla Lugosi. They don’t even make movies like that anymore.

Perhaps Turangalîla suffers from having been premiered in the wrong time and place. In 1948, Messiaen was largely unknown in the United States, so Koussevitsky's commission was very high profile indeed. The premiere was given by Leonard Bernstein, who probably relished the Hollywoodesque extravagance of the piece.  Although Bernstein didn't work with Nadia Boulanger, her influence over American music was overwhelming.  Boulanger and Messiaen both worked in Paris but occupied completely different spheres. Boulanger believed that music stopped with mid-period Stravinsky. She was a forceful personality,  idolized without question by her largely American (English-speaking) students. She despised |Messiaen, who ignored her, The Great Divide between European and American approaches to music was thus entrenched and continues to this day.

Salonen met Messiaen, learning the music direct from the scores, and from Messiaen's  favourite student, Pierre Boulez. For this London  performance, Pierre-Laurent Aimard played the all-important piano part, he too a great Messiaen interpreter closely and personally associated with the composer.  They were joined on this occasion by Valérie Hartmann-Claverie, who studied ondes martenot with Jeanne Loriod.  Now that the Loriod sisters are gone, and Boulez no longer conducts,  there can be few more authoritative performers than these.  There will be two more Turangalîlas this year, at the BBC Proms and at the Three Choirs Festival, but Salonen, Aimard, Hartmann-Claverie and the Philharmonia will easily be the best.

Instead of milking  Turangalila's lurid psychedelic effects for their own sake, Salonen emphasized its startling energy. From the first bars, great structural forces are at play as in Et exspecto resurrectionem mortuorum (more here). This isn't coincidence, for Turangalila deals with time and the transcendance of time. Hence the wild, volatile piano part.  No room for fuzzy approximations here: Aimard's passages flew with lucid savagery. The "male" voice, and the "statue" theme  express a vivid life force which can neither be contained nor extinguished. Against this the "female" of "flower\ themes of Claverie's ondes martenot, yielding seductively and langorous.   Turangalîla was conceived when Messiaen and Yvonne Loriod fell in love. Their love was forbidden by the restraints of their religion, so found expression in the zany, extra-terrestial nature of this music with its exotic "Peruvian" and gamelan flourishes, all part of the French fascination with non-western traditions, which Messiaen was to explore further, visiting Japan and the Far East. The ostinato operates like a heartbeat: throbbing with intense, erotic exhilaration, finding release in the sighs of the ondes martenot, taken up by lovely, circular shapes in the strings and winds.

This exoticism isn’t there for decoration, but stems from Messiaen's profound belief that all things reflect God’s bounty, even extra-marital love. Turangalîla. is a celebration of life, of love, and of creation in all its glory. Getting an orchestra of this size to move as a single organism takes some doing, but is also part of meaning. Diverse as the world may be, all things exist in purposeful union. Salonen's diamond-hard precision sharpens the impact.  Every note counts, even the tiniest. Messiaen was a devoted bird watcher who could pick out the individual song of the smallest birds amid the cacophony of a dawn chorus.  This insight, too, underpins Salonen's use of contrast. Many instruments play at the same time, but they don’t blend, as such. Instead the shapes come from precise stops and starts, clearly focussed decelerations and accelerations. We stop and listen to the silences, as we should, in nature, and in relationships. .

The ten parts of the symphony unfold in connection with each other. Tender chantes d'amour alternate with passages of extreme fervour. The subject may be love, but the idiom is a kind of religious ecstasy, beyond the comprehension of those who don't understand the zany logic of altered states. Fluttering notes, like the fluttering of wings, or post-coital heartbeats, then, shimmering veils of sound that cast a magical glow, like enchantment.  Turangalîla is a thing of beauty, its gossamer whimsy concealing great strength. Again, the importance of clarity and purity, and the definition which Salonen, Aimard, Claverie and the Philharmonia brought to this performance.  Aimard's playing of the more whimsical passages was glorious, as if he were teasing the orchestra , inspiring brightness of tone in the percussion, followed by great waves of sound.  Some hear in the sassy passages, echoes of Cole Porter (Love for Sale)  but Messiaen's images are far more audacious. The interweaving of themes, the alternating moments of dense sound and quiet  passage suggest something surprisingly organic, as if we were experiencing the creation of the cosmos itself.  But then, Turangalîla is so explosive, and so liberating that it is an act of creation  One can imagine, perhaps,  the stars shining in the universe and the large, angular sections, the shifting of tectonic plates, ideas which Messiaen would develop throughout his work. The final section, Modéré, presque vif, avec une grande joie:is a kind of apotheosis. The orchestra plays in unison, the lovers are united with each other and with God and Nature in glorious sublimation. Listen to the blaze of that  last coda!

Messaien and Loriod didn't have children (apart from favourites like Boulez, Aimard and |George Benjamin)  but their relationship led to the birth of some of the most remarkable music of the 20th century, its quirky, creative freedom  contradicting silly notions that modern music follows rigid rules. True artists don't operate in schools, like fish, or sheep,  but like the birds Messiaen so loved, but thrive as distinctive individuals.

The programme began with Debussy Syrinx (Samuel Coles, principal flute) and  Debussy La damoiselle élue with Sophie Bevan,  Anna Stéphany (mezzo-soprano) and the ladies of the Philharmonia Chorus. The text is based on Dante Gabriel Rossetti's The Blessèd Damozel.. The love there is forbidden too, but poisoned. No doubt Debussy, with his fondness for  Maeterlinck would have been aware of Rossetti raiding the grave of his beloved to retrieve his poems, tainted by the bodily fluids of death.  Not something Messiaen would have contemplated.

They brought it to Paris on Wednesday night.