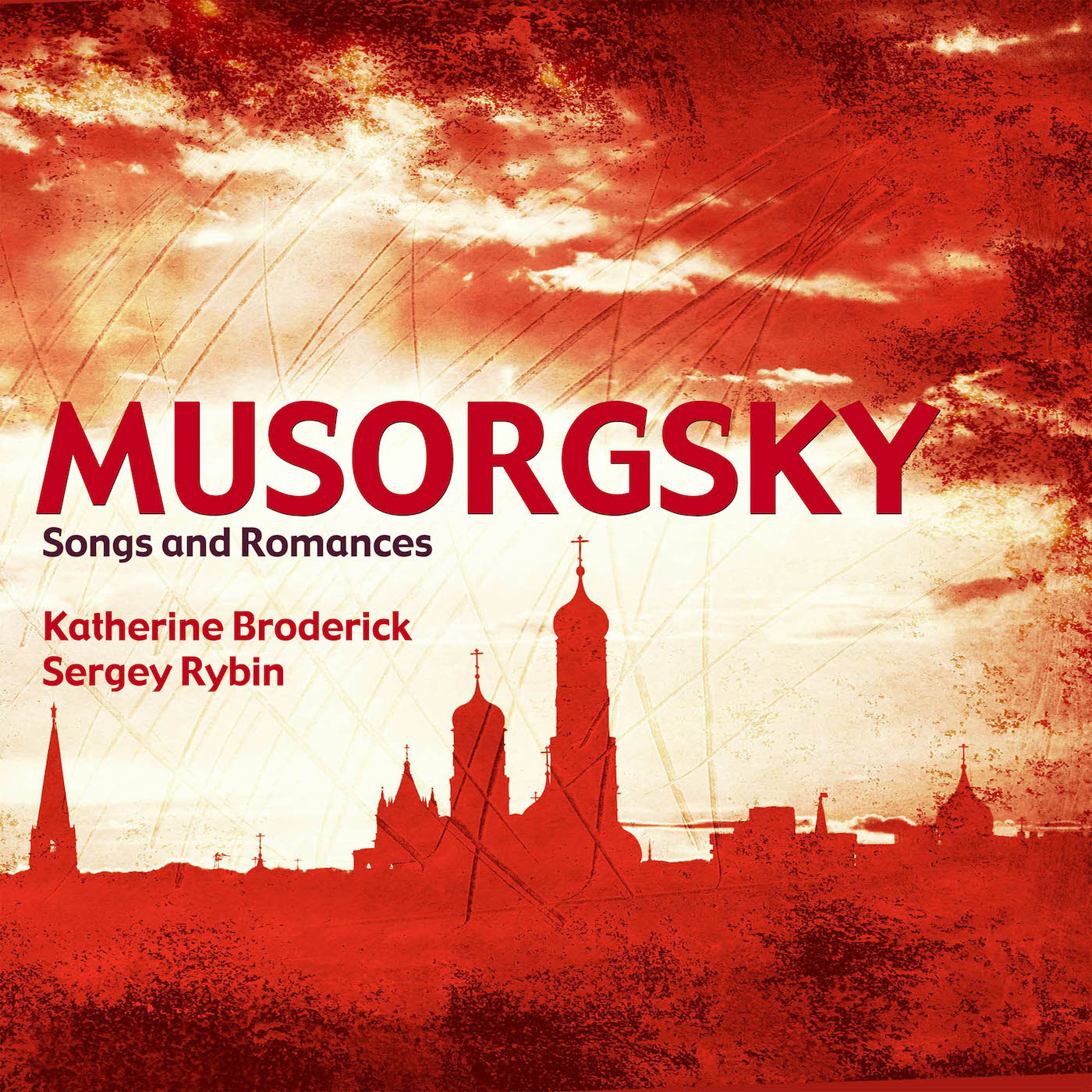 New from Stone Records , Mussorgsky Songs and Romances. There are several good reasons for getting this recording. Mussorgsky songs have traditionally been the preserve of full-throated deep voices, though they have been essayed by sopranos, including Galina Vishnevskaya, so it's good to hear another. Katherine Broderick's timbre brings out interesting lighter textures. Secondly, the pianist is Sergey Rybin who writes good programme notes which  add immensely to the pleasure of listening.

"Without  diminishing Debussy's own gift and a myriad of other potential  influences on him", writes Rybin, "it is possible however to perceive a profound relation between Musorgsky's innovations in the sphere of sonority  and expansion  of his harmonic  landscape (use of non-third based chords, juxtaposition of unresolved dissonant harmonies) and the main features of Debussy's sound world". Debussy knew and admired Mussorgsky's work and said that "Mussorgsky's music  would be renowned as an art that suffers from no stultifying rules  or artificialities"  (Incidentally, the composer's name in Cyrillic can be transcribed into English with one "s"  or with the more familiar two)

Impressionism avant la lettre?  In the fantasia  "Night", for example,  to a poem by Aleksander Pushkin, the rapid notes of the piano create the image of the  flickering candle in the poem, which shines bravely despite the oppressive darkness of the night.  The voice part mentions love, but the piano part tells us that love is fragile and could be extinguished at any time.

As early as 1864, Musorgsky is  reaching out for a new sound world, which we'll come to recognize as 'impressionism. He cites the song " Darling Savishna" , in which Mussorgsky uses a "limping meter" (to suggest) "the simpleton's continued stumbling, and bowing, while a tongue-twister of a text portrays relentless muttering-begging" in this song, Mussorgsky "transitions from'Romance' to a 'Scene' - a pictorial, situational approach". Rybin plays firmly, highlighting the robust human drama inherent in the scene. Perhaps the girl will reject the boy because he's backward, but in his heart, he's a hero.

Indeed, Rybin's playing throughout this recording is vigorous, adding forthright liveliness and colour. While a native Russian speaker would shade the singing with more idiomatic intonation, Broderick's singing is clear enough that non-Russian speakers can follow the printed text without difficulty.

Although this recording includes the famous Songs and Dances of Death, the true highlight is the song cycle Sunless, Bez solntsa, to poems by Arseny Golenischev-Kutuzov.The first song "Within  Four walls" describes a small room, cloaked in impenetrabe darkness. Claustrophobia, physical and emotional. Yet the words suggest an inward focus that's almost hypnotic. Vowel sound repeat, as if in religious chant. "Komnatka tesnaia tikhaia, milaia........vor ona, noch moia, noch odinokaia". the mood is sombre, melancholy yet oddly sensual. Here, Broderick's light timbre is heard to advantage, enunciating each syllable, which with a richer voice might shade towards more gradation.
"Over is the idle and clamorous day" describes the sleeping city, shrouded in mist. An impressionist painting in sound.  Is the scene magical, dream- like or malevolent?  Liisten to the dominance of the piano part against the slowing seeping lines inn the voice. The poet hears the "pensive power" in the muttering of the waves in the river beneath the bridge, lit by moonlight. When the depths call out, the poet can't resist. "V glub Ii zov'r - bez ogl'adki bia kinuls'a" Does she/he jump in and drown?