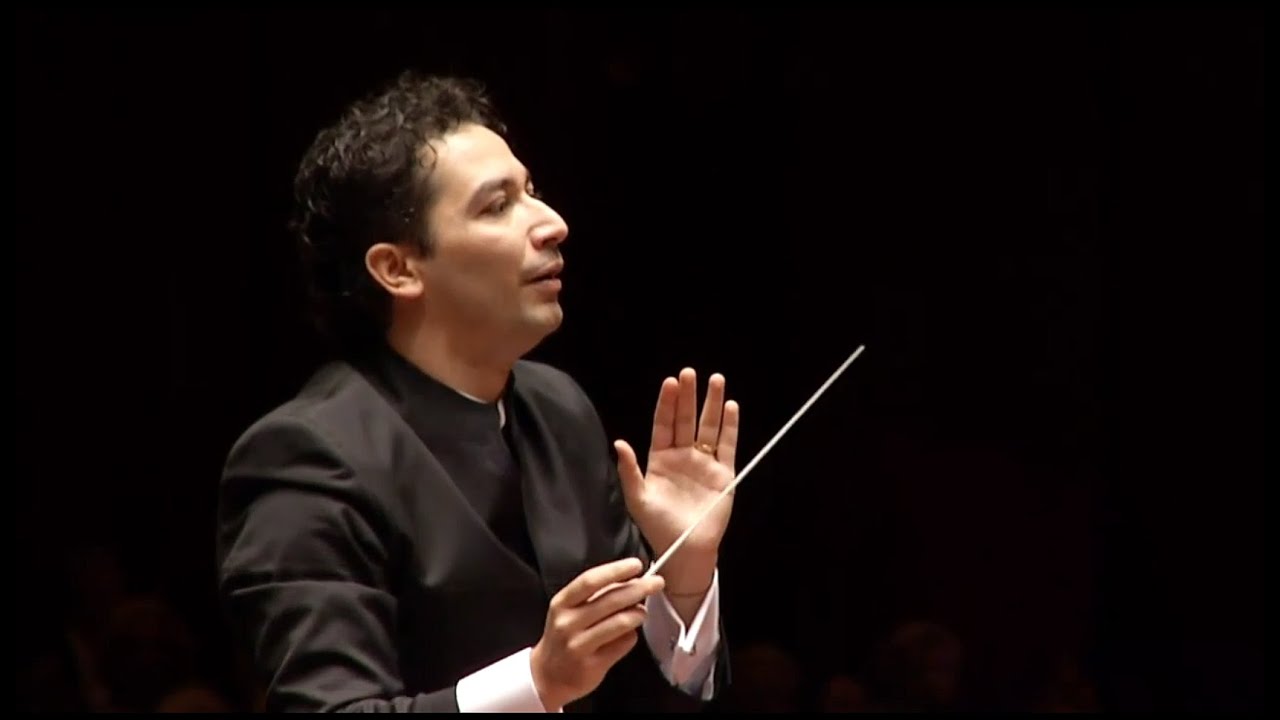 The London Philharmonic Orchestra's new Principal Guest Conductor, Andrés Orozco-Estrada, conducted Mahler Symphony no 1 at the Royal Festival Hall, London.  The LPO play with immaculate finesse: they're so good that they could almost function without a conductor. (I'm thinking of a recent concert where they saved the show by playing a composer's music better than he could conduct it).  What a luxury it must be to work with an orchestra as good as this! Already they seem to have a rapport with Orozco-Estrada, who is highly individual but who shares their very high ideals.

In profilre, Orozco-Estrada resembles an Inca God (He comes from Medellín)  but what really matters is the instinctive nobility he brings to his art. He  uses his body as an extension of his mind, like great athletes and method actors do. Nothing extraneous, everything focused on expressing the depths of the music.

In his first Symphony Mahler sets out his "calling card", establishing his presence as a new voice.  Orozco-Estrada emphasizes the reverence from which individual voices emerge, like plants shooting forth from frozen ground. Yet, just as the sun wakes the earth, warmth and good humour emerge. Orozo-Estrada's hands flutter, suggesting the quirky impertinence of individual instruments. Who dares challenge what has passed?  "Ging heut’ Morgen übers Feld". The poet (Mahler himself) heads off to the open fields, in the morning, turning his back on the girl who's marrying another.  Perhaps getting dumped is a learning experience.  The marking "Nicht zu schnell" suggests firm footsteps, an earthy physicality, evoked  by the Ländler whose presence isn't decorative but represents solid confidence.

Just as the mood in Lieder eines fahrenden Gesellen darkens with "Ich hab' ein glühend Messer", the symphony enters a more violent phase, which Orozco-Estrada is wise not to overemphasize too early.This interpretation is not brutish or violent per se, but connects to the wider theme which runs through all Mahler's work of triumph over setbacks.  Although the nickname "Titan" is wrong, it does, however, make sense, since the Titans of Greek myth  destroyed each other because they were stupid. The gods that emerged later had more intellect. Thus the cymbal crash that heralds the final movement.  All change! Orozco-Estrada shapes the music so its energy flows gloriously. The horns introduced in the first movement  were now reinforced by trombones and muffled tuba.  Far too often this symphony is distorted by banal brutishness. Orozco-Estrada instead understands its fundamental message and the way it relates to Mahler's work as a whole.  This symphony is often a test of a conductor's measure as a Mahler interpreter..

In September, he conducted Mahler 1 with the Frankfurt Radio Symphony Orchestra, where he's been chief for just over a year. They are very good, but the London Philharmonic Orchestra are in an altogether more elevated league.  Mahler's often quoted as saying "my time will come". Perhaps that holds true too for the LPO and Orozco-Estrada.
at November 26, 2015