The University of California (Santa Barbara) is in the process of digitizing its collection of wax cylinders dating from the late 19th and very early 20th centuries. 10,000 done and 2,000 to come. The limitations of technology then mean that individual recordings are fairly short, so there's no way you'll get  symphonic works, far less full operas. But there are interesting snippets like a few minutes of Ah manon mi tradace from 1901, and Angel's Serenade by Caetano Braga recorded by the Edison Symphony Orchestra, created in order to make recordings for Thomas A Edison. I don't know if they did regular concert work. Hence the preponderance of popular music and ethnographic collections, some made in the field. Edison himself travelled all round the world, recording sounds and making moving pictures. The ethnographic recordings are particularly interesting since they capture a world that no longer exists: Tahitian and Native American performers, for example, and the sounds of Europe and America from times past.

Some of these recordings have been digitized before, but it's still fun to listen in on a world that's long gone, and hear the voices of the dead (literally) announce with great excitement the name of the recording organization. There isn't much in the way of "music" in these performances, but that's hardly the issue. The very novelty of being able to reproduce sound through a machine was a thrill. 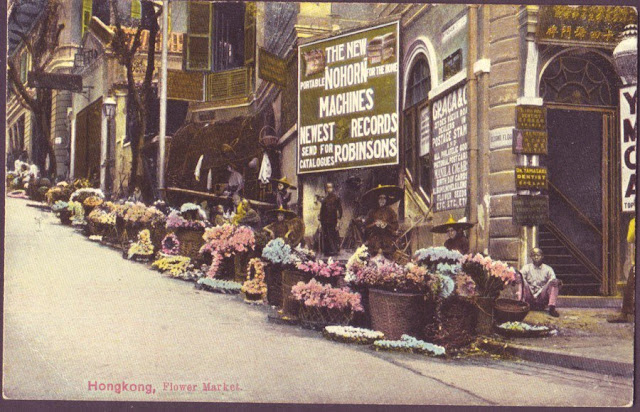