Handel Acis and Galatea  with La Nuova Musica and David Peter Bates. St John's Smith Square is the finest period performing space for baroque music in London, but, since it was built as a church it doesn't have space for anything but the most minimal staging.  But La Nuova Musica confronred the problem with a solution worthy of the  audacious spirit of the baroque. Enhanced by fragrance, this Acis  and Galatea highlighted the fundamental sensuality of the drama by stimulating our sense of smell   Invisible staging, no less!

"In Handel's time, scents abounded", said Sarah McCartney, who created the fragrance choreography, for choreography it was indeed, extending the impact of the music.  This Acis and Galatea confronted the sanitized conformity of our  modern world and brought us closer to the creative soul of the period.  Scents cannot be seen, but operate subliminally, affecting perception.

In a serenata, or pastoral masque like this, mood and imagination are paramount. Presumably the invisible scents contributed to the performers  In a amall performasnce space like St John's Smith Square, every note, every facial expression registers.  It can be intimidating. Happiness pervades this work, even when, for a moment,  that happiness is disrupted, so getting the mood right makes a difference.  The singers seemed relaxed, prompted perhaps by the invisible support of fragrance so the elaborate lines and recaps flowed with freedom and grace.

Ed Lyon sang Acis, Even by the standards we're used to hearing from him, this was a delicious performance. He was singing with evident relish, his ornate lines shaped with panache, his delivery natural and direct. His face is full of character.  Makeup and costume would almost have got in the way, for this Acis felt like a real person.  The duet "Happy We!" positively glowed.  After that, high point, Polyphemus (Christopher Purves)  dominates proceedings, but Lyon's Acis fights back. The trio "The flocks shall leave the mountain" was enunciated with the sharp thrusts of battle. When Acis died, Lyon's voice  descended into haunting diminuendo - very moving. 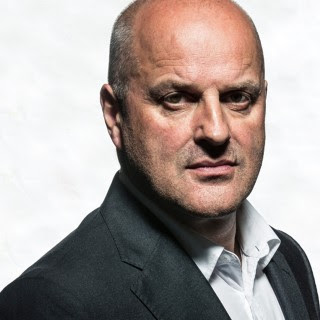 Nonetheless, Christopher Purves did come near stealing the show.  He, too, has a voice that exudes personality, so his Polyphemus, though a fanciful villain, was witty, even lovable. "I rage, I melt, I burn,",Purves sang, his chest puffed up in mock swagger.  Billows of scent heralded his "O ruddier than the cherry.". Because the smells were subtle rather than oppressive, one paid attention when they emanated an intriguing mix of sulphur, earth and water mint.  In a staged performance, we might encounter smoke and such effects. Here, we visualized  using our imaginations.

Galatea was sung by Augusta Hebbert, substituting at short notice for Katherine Manley. Hebbert has been singing with La Nuova Musica for several years, so she fitted in seamlessly.  By the end of the evening, when Galatea is bereft and the masque revolves around her, Hebbert showed her mettle: a very lovely "Heart the seat of soft delight" ,her voice reflecting the characteristic swaying  between crescendo and diminuendo that gives Acis and Galatea such charm.  This rhythm lends itself to dance. Rupert Charlesworth sang Damon and Nicholas Scott sang Coridon.

When the Royal Opera House did Acis and Galatea with Christopher Hogwood some years ago, the singers were shadowed by dancers. No such resources at St John's Smith Square, but La Nuova Musica played with such vivacity that one could dream dance. Neither did the absence of a formal chorus make much difference.  Singers and orchestra interacted so well that the music communicated with freshness and conviction.  At St John's Smith Square, you're so close to the musicians that you feel part of the proceedings.  Particularly good playing from the leader of the violins and from the oboist whose part feels even bigger in what appears to have  been somewhat reduced instrumentation.  The oboe leads, but is supported by recorder, also doubling piuccolo to create the image of a shepherd's pipe.

I wish I could have smelled something - I was in the front row and didn't smell a thing!