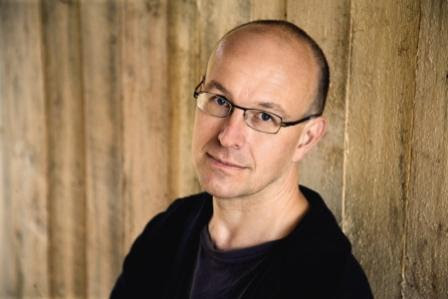 Markus Stenz conducted the London Philharmonic Orchestra at the Royal Festival Hall London this week. The concert was broadcast live on BBC Radio. An odd programme beginning with Beethoven Symphony no 1 and ending with Stravinsky The Rite of Spring, the latter better realized than the first.

Between them,  Thomas Larcher's Violin Concerto with Patricia Kopatchinskaja. Larcher's music is programmed quite frequently in London. He's even been the subject of a Thomas Larcher Day at the Wigmore Hall, and has had much support from the Austrian Embassy and the London Sinfonietta. Although I've heard quite a lot of his music, I haven't really written much about it as it's hard to verbalize. It's rather like trying to describe air, or to hold flowing water in your hands. Larcher's Violin Concerto works for me as an evocation of ephemeral moods: fleeting impressions of something invisible flying past, evanescent yet with genuine substance.

Larcher's Violin Concerto, premiered in Vienna in 2009 by Isabelle Faust,  starts with a fairly conventional theme, the violin bowed gently to suggest  a lullaby, as if an infant were being rocked gently back and forth. This momentum seems to flow throughout the piece, holding the elusive textures together, allowing the solist to "converse" thoughtfully with the orchestra.  Other sounds enter - delicately plucked violins, deeper-voiced woodwinds, marimba and harp, beaten metallic percussion that sometimes suggest cowbells, sometimes hurrying , whirling figures. Overall, the evocation of light, movement underpinned by unhurried confidence. Kopatchinskaja carves jagged diagonals with her bow  and the music takes off in frenzied turbulence, skidding off the edges of the scale, so high and so quiet that the notes are barely perceptible. Bell sounds sparkle in the background. Kopatchinskaja draws out long lines that sway upwards and down then extend almost into infinity. Quiet tapping in the percussion, like a steady heartbeat.

Some Thomas Larcher works for me, some doesn't. But his Violin Concerto resonates on a very deep emotional level. Larcher lives a simple life on a mountain in Austria. a fact which is very relevant to his music, which has a purity that feels timeless, beyond  the toxic pollution that so often passes for emotion in this world.  Please also read my piece on Thomas Larcher's Die Nacht der Velorenen, at its London premiere in 2008.
at November 02, 2015