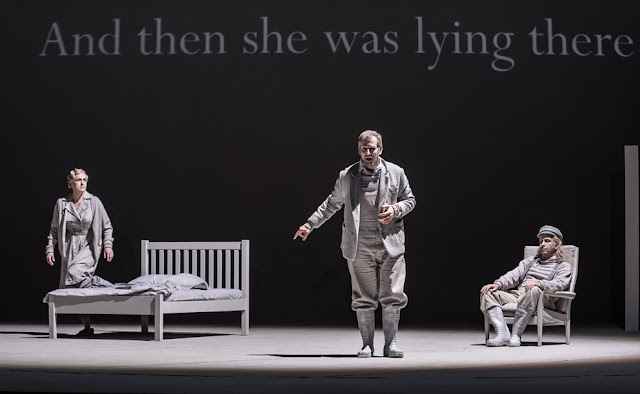 The world premiere of Georg Friedrich Haas Morgen und Abend at the Royal Opera House, London -  so conceptually unique and so unusual that its originality will confound many.  But consider what music is - it's a means of communicating complex, abstract ideas which can't easily be articulated in words. No-one knows what happens when we die, or what the transition might feel like. Morgen und Abend  is a tone poem on a grand scale, with singing and personalities to point the way. It is opera in the very deepest meaning of the word, for it operates on our subliminal senses, activating our response to the human emotions we hear enacted on the stage.

Morgen und Abend begins with an Overture, of sorts. Loud, thudding percussion loud enough that our heartbeats begin to synchronize. The sounds come from the boxes on both sides of the auditorium, like the ears we have on each side of our heads, or the two lungs thar pump within so we can breathe, like the ventricles in our hearts that pump blood to keep us alive. This is "Invisible Theatre", drawing the audience physically into the drama. Perhaps that's why Morgen und Abend is both compelling and disturbing.  Listening becomes an active, not passive experience, challenging emotions we might find hard to deal with.  We, too, are part of the story.

An old man Olai (Klaus Maria Brandauer) sits in an empty room. A door stands on its own without walls. perhaps the man could pass through, but he doesn't. At first he notices the unnatural silence of his surroundings. A midwife (Sarah Wegener) appears, telling the old man that his baby son is born. Yet, listen to the strange broken phrases in the vocal parts, repeating cadences which are taken up subtly by the orchestra.  This isn't normal speech, even by opera standards. Is Olai re-living happy memories in a dream? The boy , named Johannes, "will be a fisherman like me", intones Brandauer  Woodwinds and horns create strange sounds - the crying of a newborn, the agony of a mother.  When Olai was a young man, birth was dangerous, the cusp of life and death.   I nursed someone in his last days, who had nursed me long before. Dying is a lot like being born: you're helpless, you don't know what's coming, you resist.

Another old man rises from his bed.  The atmosphere here, too, is unnaturally still and silent, though the percussion ticks gently, as if marking the passage of time.  The old man is Johannes (Christoph Pohl). He rises from his bed, but notices that his aches and pains have disappeared. Instead, he feels oddly weightless, and the room glows with light, as if objects are floating. Johannes notices that his body doesn't ache as it did before. He feels a strange weightlessness, and objects seem to float in light. Things haven't been the same since Erna, his wife (Helena Rasker), died. Yet he sees her, and she sings to him. Is she real, or an ilusion ?

Johannes sings about Signe, the name of his mother, who long ago gave him birth, and also the name of his youngest daughter, a symmetry that suggests continuty and subtle change, reflected  in the understated  but complex instrumentation.  Johannes notices that his body doesn't ache as it did before. He feels a strange weightlessness, and objects seem to float in light. Things haven't been the same since Erna, his wife (Helena Rasker), died. Yet he sees her, and she sings.  His old friend Peter (Will Hartmann) appears. Why is Peter's hair so long? Why is he so grey? "Let  me cut your hair for you" sings Johannes, "like we did 50 years ago". "You can't" sings Peter. 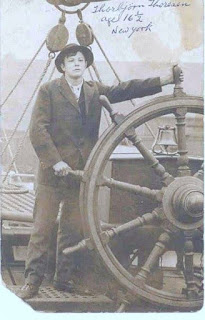 Johannes wants to sail again as he used to. "When the  sea as still and calm as this", he sings, "I could sail out far into the west". Like his father Olai before him, Johannes is remembering happiness past.  In the horns and low woodwinds, we hear the roar of the ocean and feel the freedom Johannes must have enjoyed when he was young.  This journey, this time, is different.

Johannes appears in his daughter's house, but she can't see or hear him. Significantly, the part is sung by Sarah Wegener, who sang the Midwife. Yet Signe feels his embrace.. "Passing through a great chill" she sings, "But nothing evil".  Love doesn't die, there's nothing to fear, though Signe doesn't yet know what has happened.   The music bubbles along, occasionally spiking up, with long drawn slow diminuendos. It's as if the complex machinery of a human body is gradually shutting down,  the blood chilling, cells shutting down  Long, keening lines which seem to stretch out to limitless horizons.

A story this surreal needs abstract presentation.  Greys, whites, silvers blend into each other, changing with light.  Nature itself operates in this way.  Stand on any beach and see the myriad gradations of colour in the sand, in the sky, in the sea.  Nothing is colourless unless you want it to be.

Objects seem to materialize out of nowhere: the props constantly shifting. Johannes's boat seems to disappear as quietly as it came. The effect is as in a dream, or memory, though it's created by a turntable mechanism under the floor, which works so well - and so quietly - that we hardly notice. A lot like the passage of time.

This Morgen und Abend operates on many levels, literally and figuratively. Although the texts are direct and conversational, this makes the characterizations human and sympathetic, allowing the music to work its magic on our emotions.  The libretto is by Jon Fosse, based on his novel Morgon og Kveld.  Against a backcloth the English text is projected, the words moving and changing in tune with music and mood. 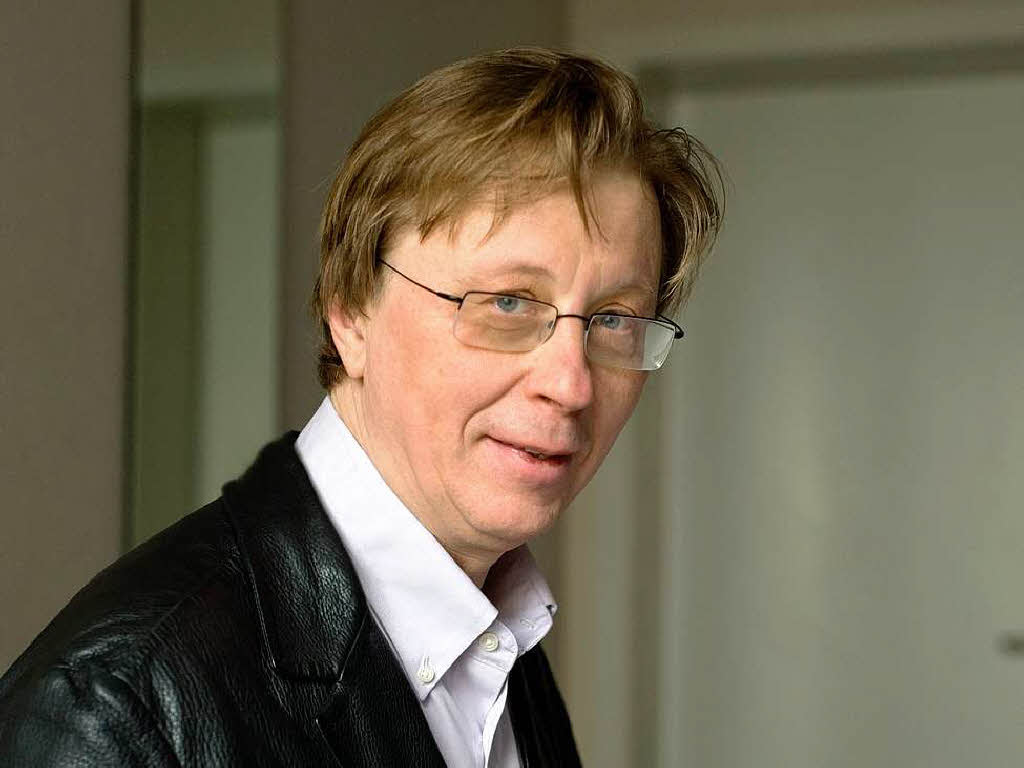 Georg Friedrich Haas (born 1953) is an important composer, so the Royal Opera House gives Morgen und Abend the attention it deserves. The cast are well known and well respected. The director is Graham Vick. The designer is Richard Hudson. But in an opera like this, where the music is protagonist, the orchestra makes all the difference. We  take the Royal Opera House Orchestra for granted because we hear them so often, but as Antonio Pappano has said, they are an extremely good band. Conducted by Michael Boder they sound as idiomatic as a specialist new music ensemble, clearly inspired by the challenge  of  Haas's music.  In 2013, Haas's In Vain was done by the London Sinfonietta. Please read my piece "Invisible Theatre" HERE.   Technically, Haas's music is nowhere as demanding as most of the London Sinfonietta's repertoire, but any comparison is an achievement.

Haas's music is beautiful, compelling and poetic. It can stand on its own merits, but conceptually it is sophisticated. New music isn't an easy sell to audiences expecting the music of 100 years ago. This is where the ROH could improve its marketing.  Fortunately the programme notes are good and include a piece by Tim Rutherford-Johnson on Haas's music, but the real need is  to give the public enough good information about the composer that they want to come in the first place.

A more formal version of this review appears in Opera Today (with production photos)
at November 14, 2015