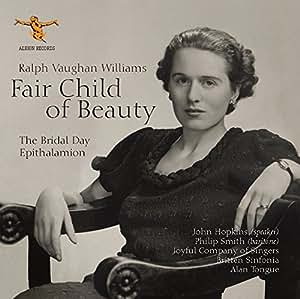 Ralph Vaughan Williams : Fair Child of Beauty, the latest release from Albion Records, the recording label of the Ralph Vaughan Williams Society.  All Albion's recordings present RVW rarities, but this disc has a much wider potential market. It's important because it demonstrates the creative relationship between the composer and Ursula Wood, who would later become his wife. Many remember Ursula as the elderly lady who presided over RVW Society events and was the force behind the Little Missenden Festival, but Ursula's own role as an artist is overshadowed.

While still a student, Ursula  had heard RVW's Job, a Masque for Dancing.  Perhaps she remembered this when she approached RVW with a scenario for a masque based on Edmund Spenser's Epithalamion, a text she'd loved since her schooldays, Spenser had written the piece for his own wedding in 1594, so despite its invocations of Gods and images from classical antiquity, it's enlivened by heartfelt immediacy.  The bridegroom anticipates the arrival of the bride. The rituals of the ceremony progress until the couple are left "concealed through covert night" in wedded bliss. The scenario proved prophetic. RVW invited Ursula to lunch to discuss the project. As they left, Ursula later said "as we were waiting for the light to cross, he put his arm around me and gave me a passionate kiss...by the time I went to see him off, I had fallen in love",

And thus was born A Bridal Day: A Masque by Ursula Wood, to use its official title   This was music to be danced to, and mimed, in the formal but understated Tudor style, hence the simplicity of the orchestration - solo flute, piano, five strings and a small vocal ensemble. The direct, personal nature of the poem is further emphasized  by the use of a baritone, declaiming the spoken narration and singing where necessary. The bride remains veiled behind the music, which throughout bears RVW's individual stamp.

Ursula was to have mimed the part but the first full performance did not take place due to the war. Perhaps, a piece that celebrates Juno the guardian of marital fidelity and Hymen, the spirit of virginity, might have been sensitive in an era when moral judgement went against extra-marital relationships.  The refrain "all  the woods will answer and their echoes bring" would be a bit racy when the lady in question was a Mrs Wood.  It is a delightful piece, a very Turangalîla-Symphonie, glorifying explicit erotic passion.  Many, many years ago, reading about Ursula VW and Elizabeth Maconchy, I  observed how modern those women were in their honest enthusiam for healthy pleasure, and nearly got lynched for lèse-majesté  To Ursula's credit, she was never a hypocrite.

The premiere did not take place until 1953, but the black and white television transmission didn't please the Vaughan Williamses. Perhaps now is the time when some enterprising ensemble can bring The Bridal Day to fruition? But nothing twee, please. The beauty of this recording lies in the excellence of performance. The Britten Sinfomia Septet conducted by Alan Tongue play with committment and dignity.  Philip Smith sings the baritone part, John Hopkins declaims the narration and the Joyful Company of Singers, directed by Peter  Broadbent, do the choruses, as cheerfully and naturally as if they were singing at a real wedding.

Disappointed by the reception of The Bridal Day, RVW created Epithalamion, a Cantata (1957), reworking The Bridal Day for more conventional chorus and orchestra, leaving out the solo voice, narration and dances.. This later work is reasonably well known, since its sequences suggest snatches of RVW's other music. It's also less emotionally up front, almost neutered, which might perhaps cater to some audiences,  but hasn't the quirky personality of The Bridal Day.
at April 16, 2016 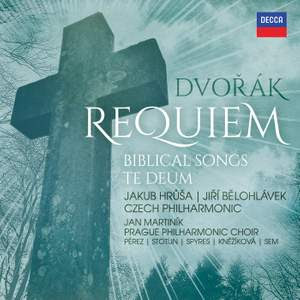