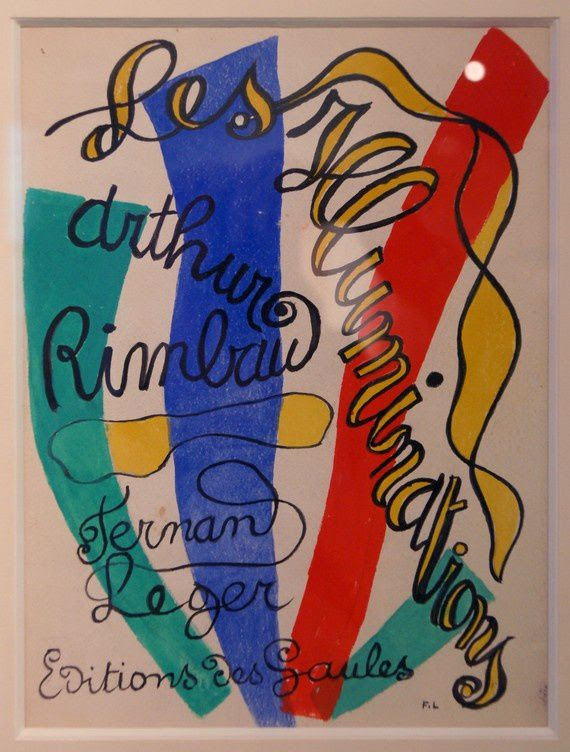 Britten's Les Illuminations - illuminated! This year's Aldeburgh Festival starts with typically provocative panache. Les illuminations, staged as theatre, with circus performers, sets, costumes and lighting effects. And why not?  Rimbaud's poems are highly dramatic, teeming with images, screaming out for expression.  Britten responded by creating vivid settings which bring out their manic exuberance. Was Les Illuminations Op 18 (1939-40)  Britten's first true opera?  It's infinitely more accomplished than Paul Bunyan, written around the same period.  Opera doesn't have to be grand in the Wagner/Verdi mode. Not for nothing that Britten would create smaller-scale opera, more suited perhaps to his personality.  Understand Les Illuminations. and comprehend  why Britten is the antithesis of Andrew Lloyd-Webber.

Les Illuminations is also a watershed in Britten's creative growth because he was finding his own, individual voice through what Auden was to call "mediterraneanising" - breaking away from the conventional world of a mainstream British composer. Britten's horizons looked outward to the North Sea and beyond.  He adored Alban Berg and would have been well aware of Lulu, where characters flit from persona to persona, and where proceedings are overseen by a Ringmaster.  Perhaps it's no accident that he responded to ever-changing circus in Les illuminations and it's keynote cri de coeur "J'ai seul la clef de cette parade sauvage!" It's not a cry of triumph but the realization that the key - the illumination -  to creativity lies in being genuinely original.

Rimbaud completed Les Illuminations in Britain, amending the  drafts in a garret above what is now the A4, near the M4 junction.  London, for Rimbaud, was a liberation. After the confines of Charleville, he felt propelled into the future, a world where possibilities were infinite. It wasn't British tradition that aroused him, but the thrill of modernity: trains, technology, urban life and social change. Les Illuminations is a young man's vision of new frontiers.  Britten's Les Illuminations sounds nothing like an opera but it's an inherently theatrical work, surprisingly close to later, one-person monologues like Poulenc's La voix humaine., which, incidentally stages extremely well. Musically, Britten responded to the variety in the texts with endlessly inventive movement, bristling with energy, lending itself well to physical movement. There's an edgy restlessness, too,  in this music which may reflect the fact that it was written in the hiatus between one war and another.

At Aldeburgh, from 10th June, Les illuminations will be sung by Sarah Tynan, with Nicholas Collon conducting the Aurora Orchestra, with an ensemble of "international circus performers" devised and directed by Shaun Leslie. In principle, absolutely nothing wrong with seeing it staged : no no faux purist sneering. Adventure is an Aldeburgh Festival thing. They've been doing open air installations for years, so enhancing a concert at the Maltings, Snape, shouldn't prove too difficult. Proper fireworks (illuminations)  might upset Health and Safety, but there might be ways around that. The secret - to enjoy and get into the spirit of things

Rimbaud's dense images seem to scream out for visual expression. The illustrations I'm using come from Ferdinard Léger's illustrations for  the 1947 edition of Rimbaud's Les Illuminations. . The first is the title page, the second a portrait of Rimbaud and the third an illustration of Parade.
at April 09, 2016