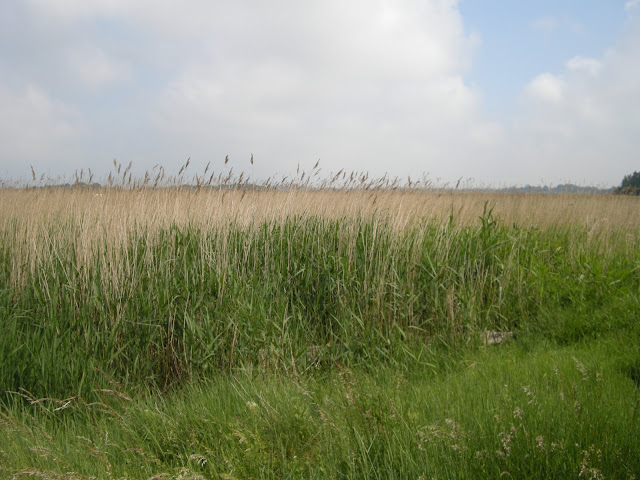 The Aldeburgh Music Festival epitomizes Britten's belief that life, art and landscape connect, and this year's festival is particularly innovative.  Pierre-Laurent Aimard will take his music outdoors, into the reedbeds that surround Snape and start playing in darkness at 430 am.  In the darkness, the landscape may seem still, but the reedbeds come alive with birds, for this is Minsmere, one of the finest nature reserves in this country.  Olivier Messiaen's Catalogue des Oiseaux is a magnum opus of 13 substantial movements, spread over 7 books, and takes nearly three hours to play. It isn't something you'd hear often in recital.  Messiaen himself woke before sunrise, waiting in the darkness for the dawn chorus  when birds call out to mark sunrise. This Catalogue des Oiseaux will unfold in stages throughout the day of 19th June, ending around midnight when the birds go to rest.  The music will be heard, literally, in context, even if the birds at Minsmere aren't the same as those in the Camargue, where Messiaen heard them, but the event will be "music theatre", music heard with added value.  Aimard is, without doubt, the greatest exponent of Messiaen's works for piano, so this will be the experience of a lifetime.

Please also read my piece on Aldeburgh's Les Illuminations - Britten illuminated. Benjamin Britten goes to the circus !  And why not ? Rimbaud's original is much longer but Britten's setting emphasizes its theatrical aspects.  Les Illuminations is a watershed in Britten's creative growth because he was finding his own, individual voice through what Auden was to call "mediterraneanising" - breaking away from the conventional world of a mainstream British composer. Britten's horizons looked outward to the North Sea and beyond.  He adored Alban Berg and would have been well aware of Lulu, where characters flit from persona to persona, and where proceedings are overseen by a Ringmaster.  Perhaps it's no accident that he responded to ever-changing circus in Les illuminations and it's keynote cri de coeur "J'ai seul la clef de cette parade sauvage!" It's not a cry of triumph but the realization that the key - the illumination -  to creativity lies in being genuinely original.