Mark Elder and The Orchestra of  the Age of Enlightenment marked its 30th anniversary with Carl Maria von Weber Der Freischütz. A good choice, since Der Freischütz is a milestone in music history, and represents a turning point, too, in wider European cultural history. Der Freischütz is the embodiment of Romantic ideals. In effect it marks the beginning of the modern era. So what if English-language listeners don't know the work as well as they should? Without Weber, music, not just opera, might not be as we know it today. No Der Freischütz, no Wagner, no Berlioz, no Schumann, no Mahler.  Parochialism is no excuse for not knowing music or even basic world history.

Der Freischütz was first performed in 1821, just seven years after Napoleon's defeat.  Many in the audiences in early performances would have had direct personal experience of  the wars and their impact on German-speaking lands.   Romanticism has nothing to do with being "romantic" in the modern sense of the word    Its ideals galvanized European thought, especially in Germany which hitherto had been a diverse conglomeration of 300 states.  This period saw the growth of solidarity between German-language speakers, whatever their region. Nationalism then was a progressive, unifying force.  This interest in the past  wasn't about the past but a way of using the past to validate new ideas like national identity and the role of the individual. Thus the interest in German folklore, in Brentano and von Arnim's Des Knaben Wunderhorn, in the poetry of Gottfried Herder and even the concept "Gedanken sind Frei" (Read more here)  the individual as opposed to mass authority. From the Romantik sprang the revolutions of 1848, all over Europe, not just Germany. Understanding this context is fundamental to appreciating Der Freischütz.

Der Freischütz portrays an idealized vision of the German past, where hunters provide sustenance  and live (more or less) in harmony with Nature.  But remember that forests can be dangerous places. Not for nothing are they a symbol of the unknown, and of the unconscious., Read Simon Schama: Landscape and Memory (2004), Jeffrey Wilson The German Forest (2012).  And, for that matter Bruno Bettelheim's The Uses of Enchantment.  Disney sanitized our appreciation of fairy tales as folk psychology, and infantilized meaning. 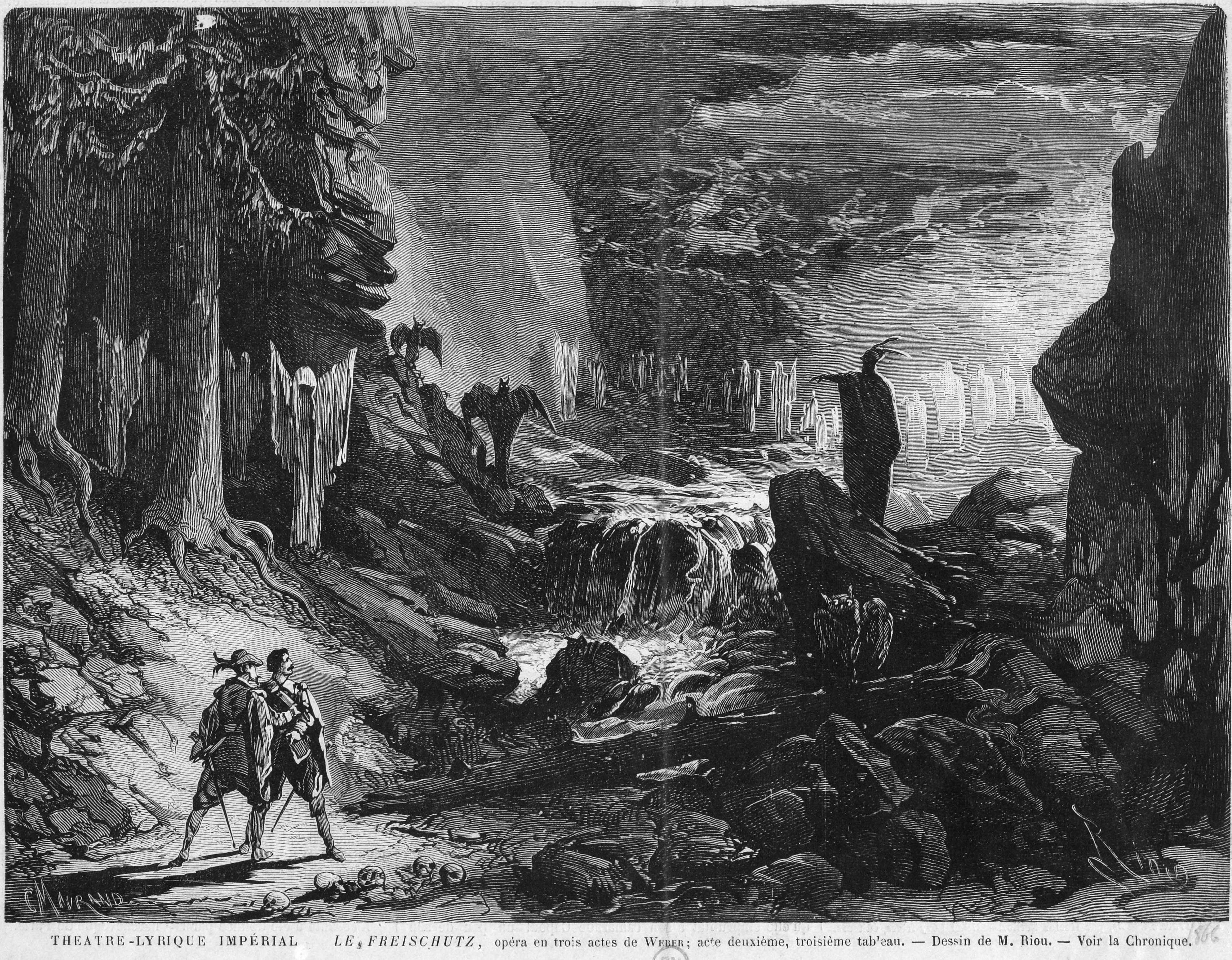 Absolutely resist the idea that Der Freischütz should either be sentimental or kitsch.  The people in this opera inhabit a world where danger and loss is never very far away.  Max, a humble junior huntsman, wants to marry Agathe, the boss's daughter, but in this rigid, hierarchial society he has no chance of challenging the social order. To win Agathe, he has to do a deal with the Devil whom Samiel represents.  If Max escapes in the end, it's only because Caspar pays the price and Prince Ottokar intervenes as deus ex machina. It's a near thing. Agathe could have been killed and Max executed for murder.

Weber's music is exquisitely beautiful, as if it were, like the magic bullet, deflecting truth from those who can't handle reality.  Magic Bullets are not a solution. indeed, this opera can even allude to the dangers of quick-fix nationalism. Remember Hermann Göring if you think productions should be twee and folksy. Who was Göring in league with?   Hunting parties have long been a part of European culture, so they aren't in themselves any big deal. Read my piece here why the French Der Freischütz matters. It translates perfectly well to a non-German context. When we listen to Weber's hunting horns and rousing choruses, we should think about what's being hunted, and why.  The music is ravishingly beautiful because it emphasizes the beauty of life.  But killing is a bloody business, it's not pretty and it's not sentimental  Stick to Disney if you can't cope.  Weber's audiences would have known all about the Lützower Freikorps and other volunteer units who took to the forests and fought Napoleon's armies in guerilla action.  Most of these men were urban intellectuals, some aristocrats, some artists.  Some of Schubert's friends and poets were among their number.  But all believed in liberty and the ideals of the Romantic movement.  For me the most rewarding recording is Carlos Kleiber because it's savage and Max (Peter Schreier) is wonderfullly manic. 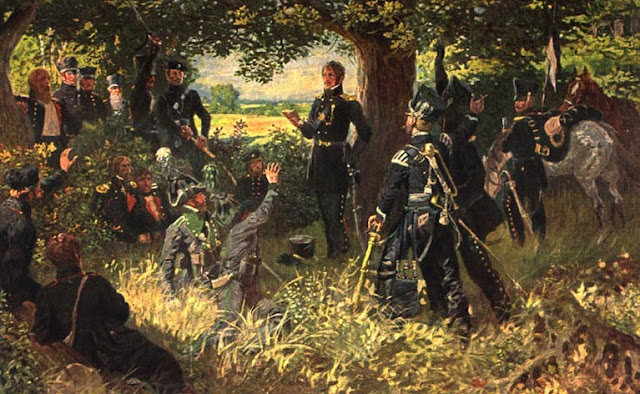