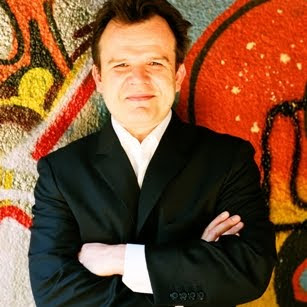 François-Xavier Roth brought Aldeburgh "through the centuries" when  Les Siècles played Rameau and Ravel on Saturday, the first in a series by this most fascinating of ensembles. Roth and Les Siècles are innovative, dispensing with the whole idea of boxing music into stereotypes of period and genre.  For them, music is a life force so vital that it transcends boundaries.  Period performance isn't just about instruments or even style. It's a whole new way of thinking, which respects the music itself, as opposed to received tradition.  In his own time, Jean-Philippe Rameau was avant garde, so shockingly different that he was lucky to have patrons in high places.  Rameau changed music.  Thus Roth and Les Siècles paired Rameau and Ravel, innovators across the centuries, both working on themes from classical antiquity.  Time travel on every level !

Significantly, both Rameau and Ravel were writing for dance.  Dancing is a physical activity, which requires co-operation. Dancers co-ordinate with music, and with each other. Rameau's music takes its very structure from the discipline of dance, with its intricate formal patterns and abstract expressiveness. In 1722,  Rameau wrote the Traité de l'harmonie réduite à ses principes naturels, building firm theoretical foundations for musical creativity.  The baroque aesthetic "contained the world" to borrow a phrase from Mahler, encompassing worlds beyond time and place.

Rameau's Daphnis et Eglé (1753) illustrates the composer's basic ideas.  It was created for Louis XV at Fontainebleau, as entertainment after days spent in the forests hunting animals for sport.  This context matters.  The dancers, singers and musicians act out a fantasy which has little bearing on real life. Yet it's so beautiful that it takes on a logic of its own.  Think about baroque gardens, where the abundance of nature is channeled into formal parterres, though woodlands flourish beyond, and birds fly freely.This tension between nature and artifice livens the spirit: gods mix with mortals, improbable plots seem perfectly plausible.  We enjoy the music as abstract art.  The whole  Daphnis et Eglé unfolds over 16 separate tableaux each of which illustrates a type of dance, the whole piece thus forming an intricate unity of patterns and sub-patterns.   I've seen the piece choreographed which reveals the way the music reflects physical form: a wonderful experience !   At Aldeburgh, Roth and  Les Siècles don't have the resources of Les Arts Florissants to hand, and also dispensed with the sections for voice, but this hardly mattered.   By focusing on the purely musical aspects of the piece, they brought out its innate energy, its liveliness deriving from its origins in dance. This performance was even more muscular than when Christie and Les Arts Flo did it in 2014,  bringing out the forceful, physical quality in the music to great effect.   Baroque dancing, particularly before Louis XIV, was more athletics than ballet as we know it now.  Like fencing, it was physical fitness for aristocrats, training the mind as well as the body.  In this superb performance,  Roth and Les Siècles proved, if any further  proof were needed, that period performance is not for wimps ! 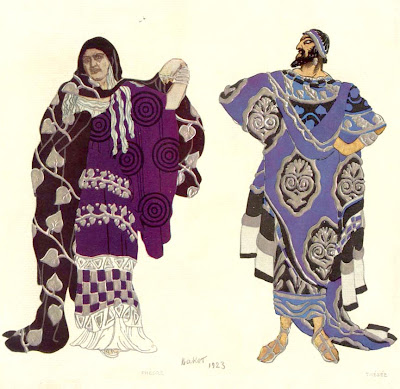 This performance of Daphnis et Chloé was even more revealing.  So often the piece is heard as dreamy colorwash, for it is so beautiful,  but its foundations are much firmer. Ravel was writing for the Ballets Russe, for larger and more opulent orchestras than Rameau.   Ravel's Daphnis et Chloé is a descendant of Debussy La Mer, an impressionistic fantasy, yet it is very much a work created for dance.  Ravel gave more room to characterize the narrative, but the spirit of the work is deliberately alien. Thus Ravel's wind instruments and strings evoke otherworldly atmospheres. The solo parts are exquisite, suggesting pan pipes and delphic voices.  . There's even a suggestion of a wind machine (though it's done by more conventional means).  The offstage horns, trumpets and voices evoke mystery, suggesting states beyond mortal comprehension (that's why the singing is wordless).  Yet the aesthetic of Ravel's period embraced modernity, the stylization of art nouveau, where plants, flowers and people were depicted in twirling, twining contrast, influenced heavily by art from beyond central and western Europe. As in the baroque, nature cannot really be tamed even in an era when people lived in cities lit by electricity and rode in tramcars.  Fokine's angular choreography horrified audiences used to mid-19th century ballet, where ballerinas fluttered in tulle.  Bakst's designs for this ballet were decidedly "modern" in comparison, evoking the formality of ancient Greek art.  This superb performance seemed informed by insight into the context of the piece.  Roth and Les Siècles  brought out the innate energy in the piece, reminding us of the angular, "primitive" style of the Ballets Russe, inspired by prehistory and ancient myth.  A vivid performance, bristling with verve and physicality.  Listen again here on BBC Radio 3.