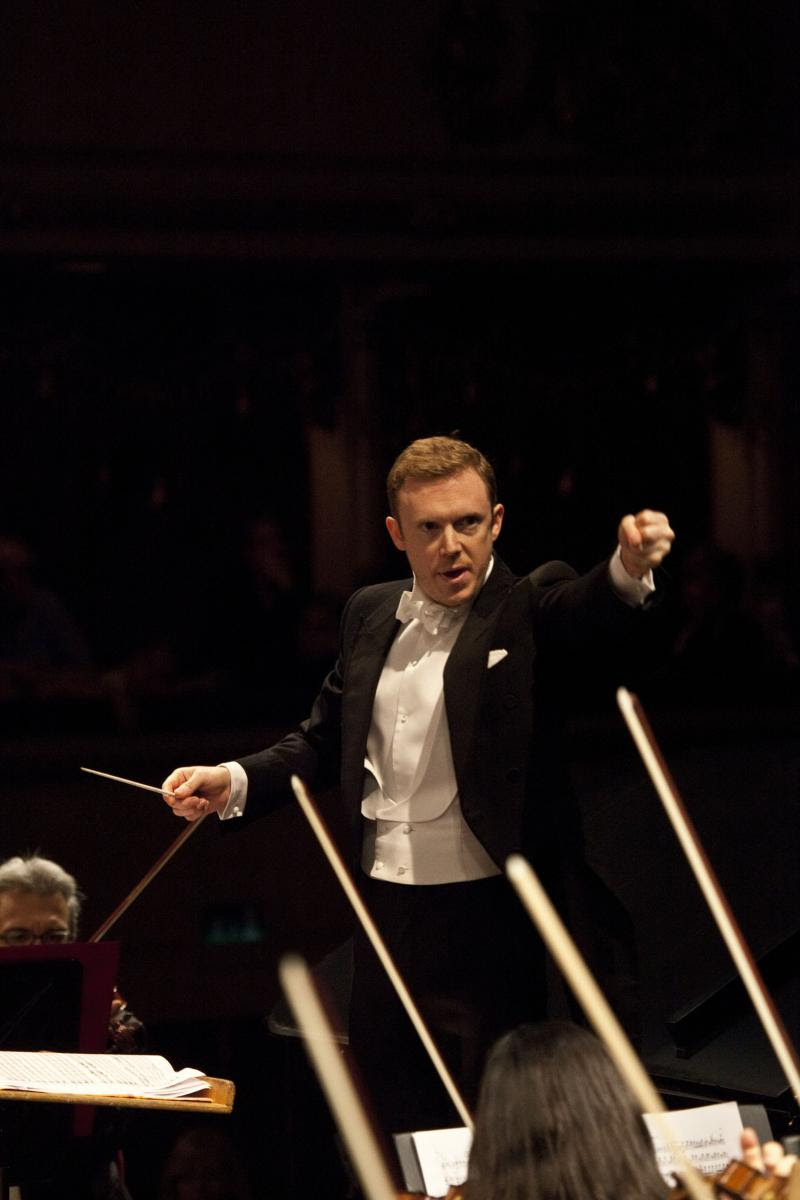 Mahler Symphony no 2 with the London Symphony Orchestra, conducted by Daniel Harding, at the Barbican, London, with soloists Miah Persson and Anna Larsson.  Harding has been Principal Guest Conductor with the LSO since 2007, alongside Valery Gergiev as Chief Conductor. Both men have done almost complete Mahler cycles with the LSO, though their approaches to Mahler are very different indeed, which can be a good thing, since that stimulus keeps an orchestra on its toes.  Gergiev's Mahler was loud, extremely effective in the bombast of Mahler's First Symphony  There's loudness in Mahler's Second too, but the composer is fast maturing.  I've heard many Mahler 2 performances fall apart when conductors assume that noise is an end in itself.  Fortunately, Harding understands context.

Extreme dynamics are a feature of Mahler 2  and must be observed. In the Barbican Hall, however, allowances must be made for the acoustic of a hall where horizontal space is greater than depth, at least in the stalls. (I was in row P by aisle, optimal position).  Harding and the LSO know the Barbican well enough that they don't need volume for effect. The first crashing chords exploded vigorously, but swiftly moved on.  Mahler's markings state"mit durchaus ernstem und feierlichem Ausdruck", with serious and solemn expression". Mahler was musing on the funeral of Hans von Bülow. This first movement is a funeral rite, a formal procession which progresses in stages towards an inevitable conclusion. In this performance, what came over well was a sense of dignity. If some of the playing, particularly in the brass, was somewhat awry, it didn't greatly detract, when some great person passes away, there "is" something wrong. When Harding conducted this symphony with the Swedish Radio Symphony Orchestra where he's Chief, in 2014,  I wrote that "he emphasized the inherent tension between forward-reaching  lines and tight staccato, suggesting  that a powerful transformation is underway even in the presence of annihilation.... The pastoral woodwinds might suggest happy memories of the past.  Quiet, purposeful pizzicato, like footsteps, lead into savage brass climaxes, creating the sense of hard-won stages on a difficult ascent. Perhaps we can already hear the 'mountains' in Mahler's Third Symphony, rising ever upwards."  The Swedes were playing a mega high profile gig at the Proms. the LSO doing yet another concert at the end of a long season. There's no real comparison, but enough was still in place that we could appreciate what Harding was doing. 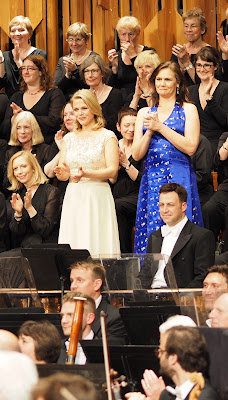 Last week, Harding conducted Mahler Symphony no 4 with the Orchestre de Paris at the Philharmonie (please read my review here); he demonstrated the way that symphony fits in with the wider traverse of Mahler's symphonies as a whole. The LSO and the Orchestre de Paris are very different orchestras, but we could hear the underlying concept unfold.   The Luftpause marks a transition, after which we move to the freedom of the next movements. The Ländler passages, which seem to look back on a happy Wunderhorn past while also looking forward to the open vistas of the Third Symphony.  The Des Antonius von Padua Fischpredigt section here was energetic. The forces of Nature don't change and carry on in their contrary ways, whatever  mankind might dictate.  And from this wayward rebellion thus the sudden contrast thatb happens with the song O Mensch, and the cataclysmic fanfare that followed, driving away doubt in a blinding glare of light and sound.   In the Barbican, the offstage trumpets are very effective, because they are relatively close to the main orchestra, into which they faded.  Well poised pizzicato "footsteps" moved forward, no longer in funereal procession but with sprightly verve. Then "funeral" sounds return in low brass, basses and strings, for we're still proceeding, hurriedly, towards the big climax, almost literally the "last trumpet" from above the stage, and to the flute which might represent the pipes of Pan.   Raptly reverential singing from  the London Symphony Chorus (Leader Simon Halsey), Anna Larsson and Miah Persson who are a regular team in this Symphony.  Once, they rescued a particularly formless performance (not Harding and LSO), because they knew what they were doing and the rest of the crew followed them.