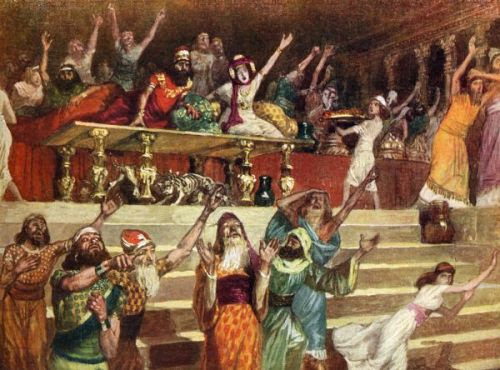 Wigmore Hall Monday Afternoon  recitals differ from evening concerts because they're shorter and more relaxed. Florian Boesch and Malcolm Martineau proved that "relaxed" does not in any way mean lowering of standards.  They presented a strong programme of Schumann and Wolf with refreshing panache.  ,For example, Die beiden Grenadiere, Op.49 No.1 where they seemed to create the physical presence of two tough soldiers, still marching defiantly in defeat.  One man thinks of home, but the other is still truculent, the strains of the Marseillaise ringing in his ears.   More Heine, with  Abends am Strand, Op.45 No.3  Another pair watch a fishing boat, and chat about  distant lands "und von den seltsamen Menschen". They don't like dirty foreigners (literally) !  "In Lappland sind schmutzige Leute,Plattköpfig, breitmäulig, klein; Sie kauern ums Feuer und backen Sich Fische, und quäken und schrein.seltsammen Sitten  dort". So they sit, unmoved, on the beach, on the fringes of life,  as darkness envelops them, in every sense.

Die feindlichen Brüder, Op.49  yet another pair of men fight a battle so cataclysmic that they and their castle are destroyed, and their ghosts continue to struggle, for centuries  after. Boesch and Martineau would have compiled this programme ages ago, but Heine feels remarkably prescient in the light of recent events.

For a breather, Boesch and Martineau then switched to Schumann's settings of Chamisso, Op 40, where they did all four songs in the set to telling effect. The first two songs, Märzvielchen Op 40/1 and Muttertraum Op 40/2, are relatively gentle but Der Soldat  Op40//3 ends in sheer horror.  A man loves another more dearly than anyone else in the world, But what's happening ? His pal is being executed. And by whom, and in what circumstances ? The psychological levels are complex. This is an extremely disturbing song, despite the steady march pace.   In comparison even Der Spielmann Op 40/4  might seem conventional.  since it connects to ancient traditions connecting fiddlers with death  In a macabre twist, Schumann set this poem about a cursed  wedding on the eve of his marriage to Clara.

"The Twitter of the 19th century", announced Boesch before commencing  another Schumann setting of Chamisso,  Verratene Lieder . Two lovers kiss in secret but the stars pass it on, and soon everyone is in on the act.   Let no one think that Lieder is not cutting-edge social observation.  Listen again here on BBC Radio 3.

This does indeed sound like a wonderful recital. This duo gave a memorable performance of Heine Lieder by Schumann (sans Dichterliebe) some years back on this side of the pond and continent. I can't resist pedantically pointing out that the Opus 40 lieder are in fact settings of Hans Christian Andersen, not Adalbert von Chamisso.

Hi Barbara ! Good to hear from you ! This is the Chamisso connection
http://www.hyperion-records.co.uk/tw.asp?w=W3129