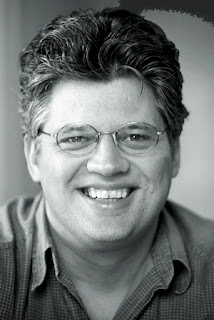 Each year, the Wigmore Hall commemorates Franz Schubert with a high profile recital. This year, Werner Güra and Roger Vignoles presented a recital which was a timely reminder of what Lieder performance should be, in an era when opera values increasingly dominate the genre. There always will be more opera fans than Lieder fans, and operatic performance is easier to relate to than the more introverted values of art song, so perhaps in a few years the true art of Lieder will be obliterated.

But Lieder and opera are different genres, with different values. Lieder is a Germanic tradition which has its roots not in entertainment so much as in the communication of ideas closer to philosophy and spirituality.  Significantly, many great Lieder singers come from a background in Bach. Lieder is an inward art of contemplation, where the action isn't in a role or external plot but takes place in the soul.

Werner Güra first appeared at the Wigmore Hall many years ago, when William Lyne discovered him through Peter Schreier, Güra's mentor. Superlative recommendations. I remember that concert, when young Güra was so overawed by the formidable reputation of the Wigmore Hall that he tried too hard to please, and didn't put enough of himself  into his performance, though one could hear why Schreier and Lyne were so impressed. Lieder is not about pleasing anyone. It's about emotional integrity and finding a way into each song that's uncompromisingly from within. Years later, Güra's vigorous shock of hair has turned grey, but reflects his artistic maturity. Güra and Vignoles chose popular Schubert songs but presented them with intelligence.

Schubert writes so lyrically that's it's easy to miss the depths of irony in his music. The lilting melody in Alinde (D904, 1827) is deceptive. Utter sweetness of tone, which Güra sang with exquisite grace.  Schubert respects the poet's device, where the protagonist asks the same question of people he meets, lulling the listener into thinking this is no more than strophic convention. But each answer is evasive. The answer only comes when the protagonist confronts himself. "Von allen Lebend'gen irr ich allein, bang und beklommen".  Vignoles's playing captured the idea of piano as lute, but this song is no serenade. Güra doesn't need to exaggerate the twist in the song, other than by shading his voice at the critical word "Da" in the last verse.

In  the early Der Fischer (D225, 1815, Goethe) Schubert's rippling notes describe the sparkling surface of the waters by which the fisherman sits, waiting for a catch. Then a watersprite emerges, scolding him for not respecting her realm. When the rippling melody begins again, Güra lowers his voice so you can "hear" the fisherman, willingly being drawn into the waters and what they symbolize. Again  and again, this is a theme in Romantic poetry, which Schubert understands so well : waters as metaphor for the unconscious, for creative renewal beneath surface glitter.

Goethe was Schubert's favourite poet but he set almost as many poems by Johann Mayrhofer, Schubert's strange, difficult friend. Der Schiffer (D536, ?1817)  shows another aspect of  Mayrhofer's style. This time, the boatman is sailing through a storm, but he's defiant, though soaked to the bone, alert to the dangers of whirlpool and reef. Vignoles evokes the waves vividly, so Güra's voice rises confidently above the tumult. "Ich hasse ein Leben behaglich entrollt", he sings (I hate a snuggly enfolding life) and later sings with firm resolve, "Dem Sturme zu trotzen mit männlicher brust" (to brave the storm with a manly heart).

Der Wanderer (D493,1816, Georg Schmidt von Lübeck) is one of the most iconic Lieder of all. The wanderer is an existential loner. "Ich bin ein Fremdling überall". Psychic emptiness evoked in the dark opening chords, then searching, straining legato. "Wo bist du, wo bist du, mein geliebtes Land?" Güra sang the changing moods with heartfelt sincerity. That floating "immer wo" ! There are many superlative performancs of this song, but this ranked with the best, for Güra expressed the devastating inner landscape so well. "Dort, wo du nicht bist, dort ist das Glück!". (there, where you are not, is happiness). Nothing theatrical, but tinged with the dignified pain of experience.

Schubert was one of the first composers to discover Heinrich Heine, and Heine's ironies inspired some of his finest work. Güra and Vignoles surpassed themelves in the Heine Lieder from Schwanengesang (D957, 1828). Heine's Fischermädchen turns the fisherman/nature spirit concept upside down. Perhaps this time the fisherwoman is discovering sensual delights. The charm of the song lies in its purity which Güra sang with genial warmth. Die Stadt was luminously beautiful, yet chilling, for the vision the poet sees is surreal. What waters are those he's sailing? Where is he heading? Schubert's setting is nebulous, as if sea and horizon are blurred, as is memory. Güra and Vignoles captured the emotional heart of this song, so nebulous and ambiguous it could almost have been written today.

Big, dramatic songs like Der Atlas and Der Doppelgänger lend themselves to overstatement, and heavy voices need exaggeration to kick them into life, but that doesn't mean it's idiomatic. The true horror in these songs, which lies in their psychological truth.  Der Doppelgänger isn't a character, he's a vampire only in spirit. "Still ist die Nacht" sang Güra, sibilants sharply sinister, consonants cutting. Stillness is fundamental to this song, whose interpretation depends on senstive observation. Güra's voice curls menacingly, to emphasize the protagonist's psychic dislocation. Güra shapes the climaxes so they feel like stifled cries of agony, too awful to face. Hence the fragementing personality, and the significance of the pauses between notes, which Vignoles brought out so well.  Schubert's insight is amazing. Only the shallow hear shallow in Schubert. Güra spits out the words "Du, Doppelgänger!" as if confronting the apparition, "du bleicher Geselle!". But it's the final line that really counts, whispered almost  sotto voce, "so manche Nacht, in alter Zeit". With subtle tenderness,  Güra reminded us that the protagonist once had a human past:, so its annihilation is all the more terrifying.  Please see this link to Opera Today for more.


Werner Güra's new recording of Schubert songs, Wilkommen und Abschied, with fortepianist Christoph Berner is out soon. Review to follow. More on Lieder and Schubert songs on this site than almost any other.
at February 02, 2012