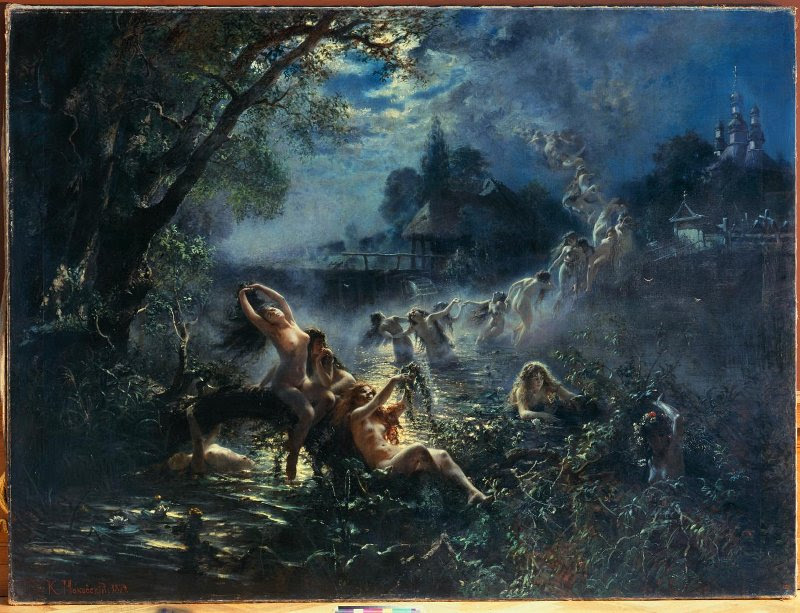 Antonín Dvořák Rusalka starts at the Royal Opera House on Monday. The production is new to London, but premiered in Salzburg in 2008, provoking the usual controversy about productions that are not "pretty", regardless of what the composer might have intended.

But fairytales weren't meant to be pretty. As oral tradition they were morality tales that impinged on the Id, designed to scare kids off from, figuratively, "going into the dark woods at night".  The Brothers Grimm were grim. Hans Christian Anderson's fairy tales have a tragic edge, as did the man himself. So demanding a "pretty" Rusalka is like howling at the moon. A Rusalka's beauty was illusion designed to trap the unwary. 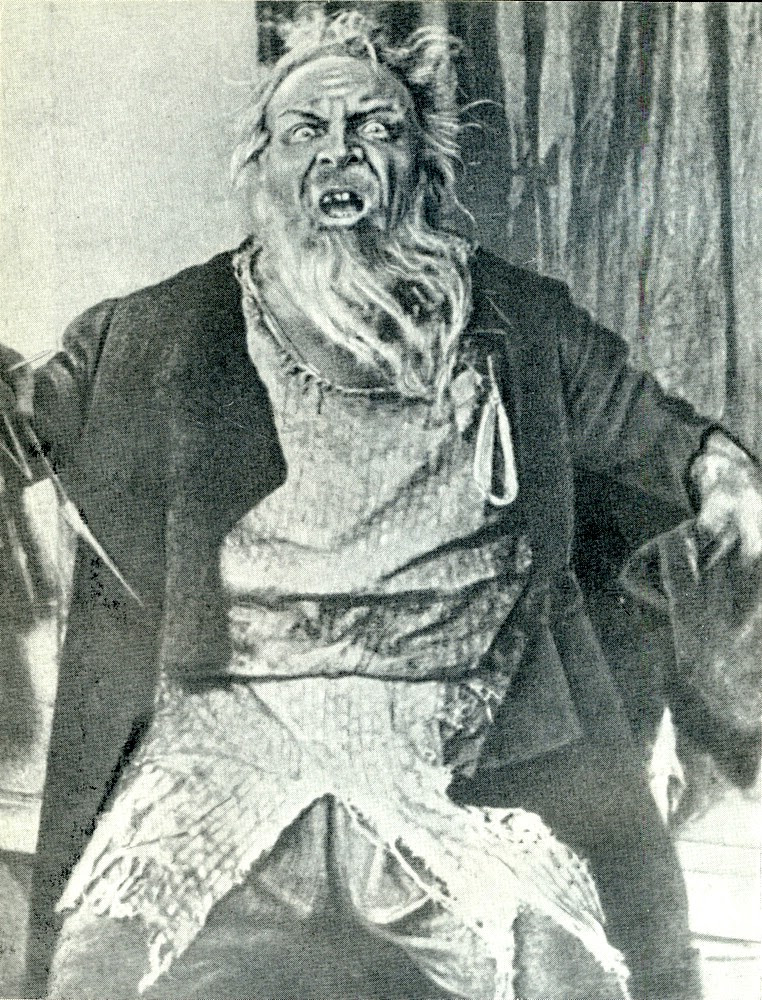 Czech Rusalki and their male equivalents, the Vodniks  (Dvořák's name for the Water Goblin) were part nature spirit, part demon, often associated with the ghosts of young people who'd died in unpleasant situations. Like girls who fall in love with the wrong person and suffer the consequences. The female of the species are beautiful, but the men are supposed to look like Feodor Chaliapin, pictured right in an early production of Dvořák's  Rusalka.

Rusalka are associated with water which gives life but can also mean death. While the mermaids of the ocean  have the freedom of the seas, water spirits in inland Europe are often associated with brackish water and dense, menacing vegetation.  One hardly needs Freud to link water with hidden desires and danger.  Anyone who listens to Schubert will know what babbling brooks can mean. Throughout Europe water spirits are a metaphor. Think Mörike's Nixe Binsenfuss, set by Hugo Wolf, who guards the fish from predatory fishermen, and of course, The Lorelei, who sing on the Rhine. And further back in time, the Sirens oif Greek mythology.

Rusalki and water spirits are often associated with sex, which is why they  present as beauties. Dvořák's Rusalka will sacrifice all for love.which makes her unusual for her kind, and more "human" to ours. So Dvořák makes us fall in love with Rusalka's beautiful music. Even the Prince learns that death is better than living without love. But let's not forget, Rusalka is a tragedy, and "deep" in many ways.

Email ThisBlogThis!Share to TwitterShare to FacebookShare to Pinterest
Labels: Dvorak

Thanks a lot for the article (I read your blog with great pleasure).
I simply love Rusalka but unfortunalely cannot be at ROH... Do you know more details of this performance? Lately I have bought CD with C. Nylund and P. Beczala which I may recommend. (By the way, P. Beczala has opened a new nice page at facebook and begins to chat with people on Wensdays:-)

This will be the same production as in Salzburg, same as the CD I think. Camilla Nylund again, but no Beczala (though Brian Hymel has high fine voice and knows the part well). I am going on Monday, so keep reading, I will describe. I will join that facebook page !Many thanks and good wishes !

Thanks a lot, I will read!
Have a good day,
Eka