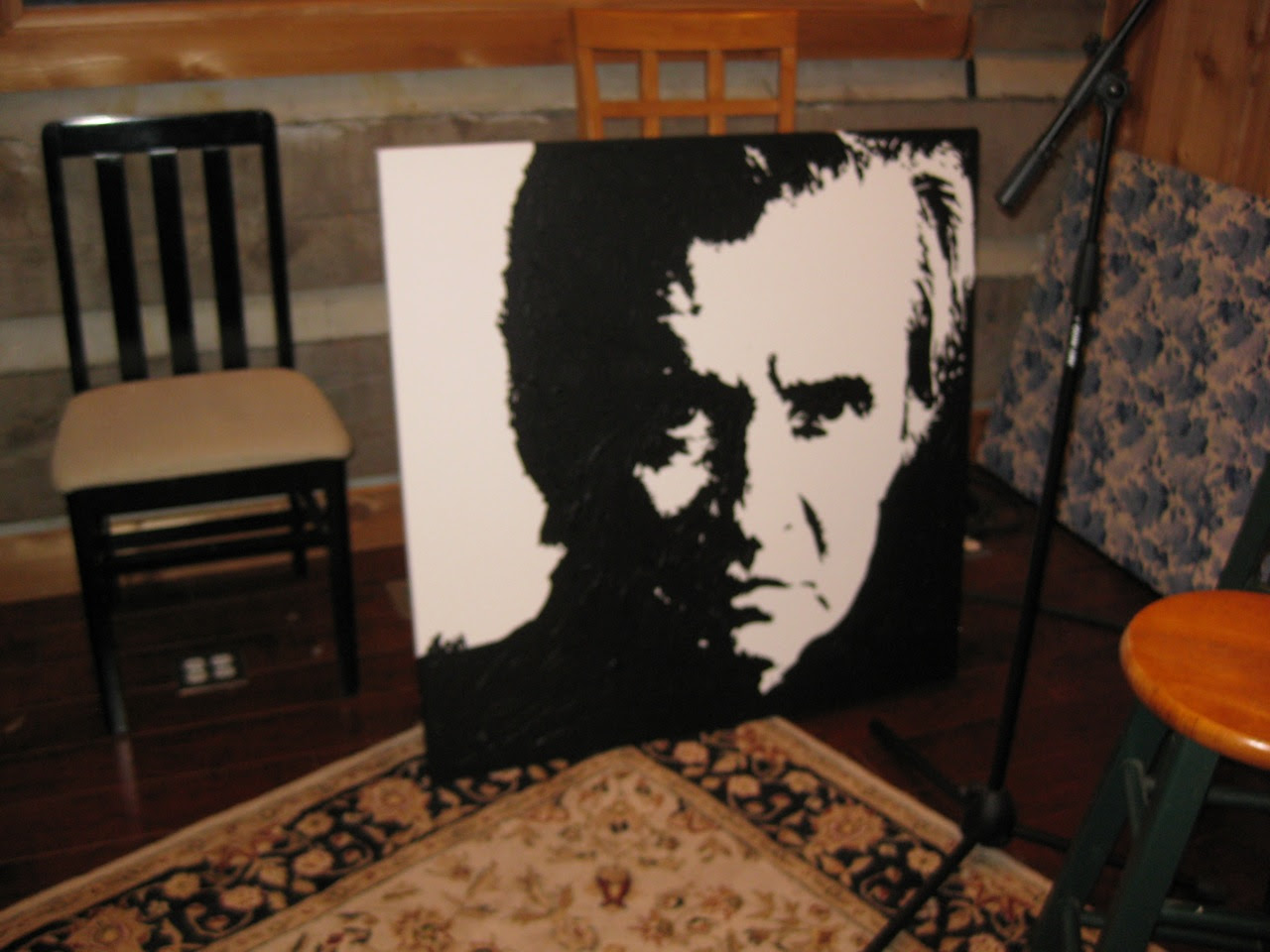 Berlioz's Roméo et Juliette at the South Bank last night but I'm not feeling well. The guy behind me who coughed and spluttered non stop for  2 hours (no interval). I don't mind coughing per se but this was vindictive germ spreading  and he didn't give a toss about the music. So til tomorrow Berlioz, today Riccardo Muti and Johnny Cash.

Johnny Cash was an ex-convict with drug and alcohol problems which he overcame through his music and marriage to June Carter of the Carter Dynasty. He used to sing in prisons to give the inmates something to aim for.

Riccardo Muti, who as far as I know doesn't have that kind of past, also likes playiing in prisons, because he's sharing his love with those who might not otherwise be exposed. He speaks of bringing Bellini. Verdi and Puccini to a women's prison. "They were very impressed, and they made very nice and intelligent comments about what they heard. They said that they didn't expect that they would like this music so much, because this music was so new for them. And again, they were so wonderful and full of discipline and very attentive. So I think today we have to use this great weapon that we have -- that is music -- to put people more and more together. In fact, that is my experience, through all the concerts that I do for friendship, going around the world, in cities like Sarajevo or Cairo." 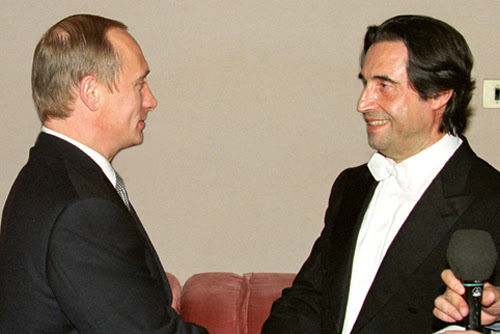 Audiences like that don't have any preconceptions of what they should and shouldn't like. Nor do they need to prove anything to anyone else about what they know or don't know.  They are also prepared to listen, and not take things for granted like Mr Anti-social cougher. So Muti is right, this is the power of music.

On the other hand it might not work on everyone,. See photo on right. It's Vladimir Putin. (Doesn't Muti resemble Johnny Cash?)  Music can be misused, but that doesn't means the musicians are necessarily at fault, just how close they let themselves come to politicians. Musicians in and from Venezuela are criticizing the way Hugo Chávez has appropriated El Sistema. (Read the full article here.) Soviet and Nazi era orchestras give examples of how tricky it is to negotiate the perils of powerful regimes.
at February 19, 2012