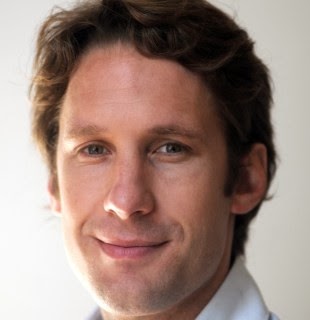 I'll be at The Royal Opera House Wagner Parsifal  Monday. Review here. But first: Jacques Imbrailo at the Wigmore Hall, with pianist Alisdair Hogarth.The programme didn't look promising in theory but Imbrailo is the kind of artist who can make anything interesting and individual.  At the end I was so glad I came that I didn't miss the rush at Covent Garden!

What thread would connect the songs of Liszt, Vaughan Williams, George Butterworth and Stephen Hough? Imbrailo's choices revealed great intelligence and sensitivity. He began with RVW's early Songs of Travel, unfortunately marred because latecomers were allowed in while he was singing.T he ushers at WH are kind hearted but it's really not fair on the audience and on the performer. Luckily the RVW songs are not the composer's finest works but served to highlight what was to come. Imbrailo sang them with his customary warmth. When Terfel and Roderick Williams sing these songs they sound robust, the kind of "Muscular Christianity" that appealed to Late Victorians. When Imbrailo sings them, his lighter, more lyrical voice broiught out something more sensitive. His "Let Beauty Awake", "Youth and Love" and "Whither must I wander?" felt like sincere songs of love and regret. RVW ends the cycle with  " I have tread the upward and the downward slope", where the piano describes clodhopping footseps : Hogarth played them with a flexible touch, to match Imbrailo's gentleness.

Only ten years separate Vaughan Williams's Songs of Travel from George Butterworth's Six Songs from a Shropshire Lad but the two cycles are worlds apart. The Songs of Travel bear the heavy, suffocating hand of Charles Villiers Stanford, from whom RVW only escaped when he went to France and studied with Ravel. Butterworth was only 13 years younger than RVW but his mindset was radically different. When Butterworth was a student at Oxford, one of the dons remarked "There goes more Red Revolution than in all Russia". Considering that the remark was made after the Uprising of 1905, this was not small talk. Butterworth was also far more upper crust and Establishment than RVW. He was an Eton man, not easily intimdated by Stanford, Cambridge and the Royal College of Music. This year, with so much attention on Britten's alternative British music, we should be reassessing Butterworth more deeply.

A E Housman's poems from A Shropshire Lad were set by Butterworth and RVW a mere two years apart. Anyone seriously interested in the composers would do well to compare them. It's not my job here in this review, but I might write more sooner or later. There is more on Butterworth on this site than most anywhere else, and some first-hand research. Please explore.

Imbrailo's "Loveliest of Trees" was thoughtfully phrased. He lingered on the words "stands about the woodland ride" so one thought about the tree, rooted to its soil. Then, when Imbrailo sang "wearing white for Eastertide", his voice glowed with beauty. Men grow old, but each Spring, the cherry tree blossoms and grows anew. English singers tend to stress vocal lines at the expense of more abstract musical values  Imbrailo, with his extensive opera experience, showed masterful control of the legato in "Look not into my eyes", revealing the beautiful structure of the song. Like the Grecian lad, its beauty is elusive : danger lies in those seductive lines.

Butterworth's "The Lads in their Hundreds" has become connected with the mass slaughter of the 1914-18 war partly because the composer himself was a casualty (Please read my account of his death in battle). Housman, however, was writing about the Boer War, and the terrible waste (to him)  of handsome young men. But the Boer War was gruesome. It saw mass ethnic cleansing and the invention of concentration camps. We would do well to ponder the Boer War as a prototype of what was to happen in Europe, in the mass public "celebrations" that start next year.  When Imbrailo sang "The Lads in their Hundreds", he sang with such poignant tenderness, that he made me think of the wide-scale human tragedy that lies beneath the song. My partner's eyes filled with tears. We've all heard this song s often that we forget what it really means. 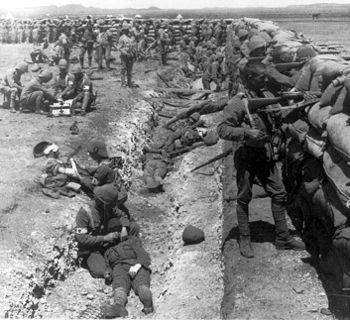 "We couldn't follow A Shropshire Lad" with something upbeat, said Imbrailo, in his usual understated way, introducing his first encore. So he sang My Sarie Marais, an Afrikaans folk song referring to the Great Trek, the mass migration of the Boer people across Southern Africa, and the wars which followed. The song has been adopted by military marching bands, which is ironic. Imbrailo, however, sang it with exquisite tenderness, so it felt poignantly personal.  As music, the song is naive, but Imbrailo's performance gave it emotional power greater than the "art" folk songs RVW and his peers collected. Sincerity makes all the difference!


Imbrailo's many fans had come to hear him sing the gloriously Italianate star turns he does so well. With Franz Liszt's Three Petrach Sonnets S270/1 (1842-6) he delivered.  Exceptionally lyrical singing, richly coloured and resonant. Yet, being the opera singer he is, Imbrailo doesn't simply make beautiful sounds, but infuses them with meaning. "E nulla stringo, tutto l'mondo abbracio" he sang.  His technical control is superb - this is how rubato should properly be used. His chest opened out and soared so you could feel "i sospiri e le lagrime e 'l desio" welling up from deep within. The piano lines are almost more beautiful, delicately sculpted by Hogarth. He and Imbrailo are an excellent team.

Like Liszt, Stephen Hough is a pianist who writes song. Imbrailo and Hogarth premiered Hough's Herbstlieder at the Oxford Lieder Festival in 2010. Please see my detailed review here.  Hearing it a second time, I could appreciate the subtle images, diminuendos like falling leaves and mists settling on a landscape. Curling lines that circulate like autumn breezes, smoky lines that blur. As a mood piece, it's atmospheric. Yet there's suppressed pain here, too. "Welcher wie ein weisses Stadt" leapt high up the register like a scream of anguish. Hogarth's piano pounded like an oncoming train "Bestürz tmich, Musik, mit rythmischen Zürnen" sang Imbrailo. A good performance, but what weill remain with me is the meory of Imbrailo singing Butterworth and My Sarie Marais.