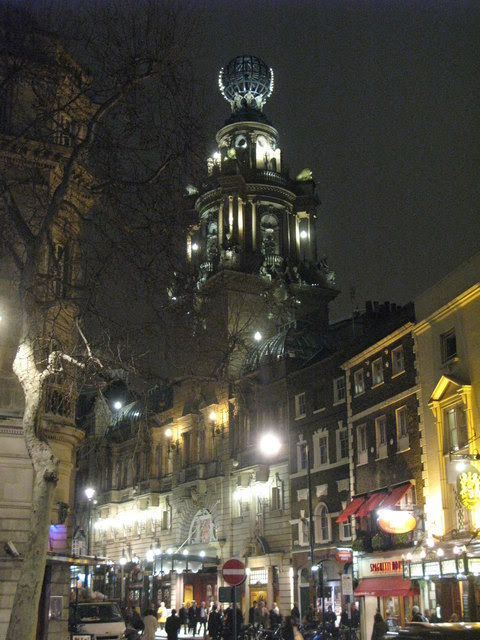 English National Opera is being mugged, from all sides. The headlines have focused on the recent resignations but that's hardly news. There have been wars within the ENO for decades, long before Henriette Götz was even born.  The resignations are not the story in themselves. Unfortunately parts of the London print media are more focused on click bait than on debate. Hence the lopsided non-logic that passes for informed opinion. When someone gets mugged on the street it's interesting to see how people react. Some, I suspect, wouldn't have a clue,  other than to busy themselves taking selfies.  For my latest piece on the ACE special measures on ENO, please read HERE

Keeping the ENO afloat is vital to the artistic health of this country  The ENO was founded 60 years to meet a specific market, and has survived, pretty much, because it serves a purpose. Paris supports more than one opera house, so does Berlin, why not London?  There are many different types of opera, with different styles and different audiences. If  anyone suggested closing down the rest of the West End, there'd be an uproar.  The ENO does have an identity, even if that's lost on those who don't actually know much about the genre. When it was founded (by a woman) it was meant to bring opera to English audience, which at that time were fairly insular. Not all that long ago, English people didn't eat garlic and thought olive oil was for cleaning the ears.  In the years after the war, the ENO was, like the NHS, an idealistic vision of what might be.

The ENO and the Royal Opera House complement each other, they aren't meant to compete. Neither house on its own can do as much without the other. Both link up to opera houses abroad, thus connecting London to an international network of opera in different forms and styles. The ENO, for example, has very strong ties the Dutch National Opera (De Nederlandse, as was). Pierre Audi, the DNO's artistic director, was once a hugely important figure in London theatre, part of the lively scene behind the Almeida Festival,. He was also connected to the ENO in its Powerhouse glory years. The Coliseum and Het Musiektheater are not so different in terms of size and the hipness of their audience. In theory, the ENO could form useful alliances with many German opera houses, although increasing anti-intellectual, anti-European trends would probably nip that in the bud.  But why not Aix or other houses?  The ENO's Magic Flute met more appreciation on its travels, as did Castor et Pollux. At the other end of the scale, the ENO has links with the Met. The Met uses the ENO to try out new productions  before they go to New York. It's pretty much standard procedure that new productions start off in relatively small house like Madrid or Lyon, so they have time to settle. The Met was obssessed with Nico Muhly and invested heavily in him, test marketing him through the ENO. It was just as well. Despite the extravagant marketing, like so many manufactured boy band sensations, Muhly didn't deliver, despite the packaged  patina of pseudo Britishness and Brittenness. But the Met carried a lot of the cost. The ENO has done relatively well out of the deal.

So the ENO doesn't tour around the UK.  That was, I believe, part of its charter, so as not to suppress smaller regional houses. Opera North used to visit London regularly at Sadler's Wells (another Lilian Bayliss project), but now it's grown too big for that small theatre. Instead, it's doing unstaged productions at the South Bank.  The Royal Opera House, for example, is expanding its reach by hosting visits from Music Theatre Wales, Scottish Opera and the like. Politicians and the Arts Council England have a vendetta against London, but the fact is that British opera houses don't operate in isolation.  The ENO has long hosted productions by other companies, like the Mariinsky. It's a perfectly reasonable source of income, even if  that stretches to hosting musicals (with costs borne by outside producers).  Indeed, I'd ideally like more inter-regional co-operation. Bringing companies into London is a good idea because the London audience is big and companies can make money. The Royal Opera House's Linbury Studio Theatre is far too small for purpose, so the Coliseum could have a much greater role to play.

Much has been said in social media this week about the ENO's contractual obligation to use the English language. When the ENO was founded, this made sense, since operas were frequently done in translation. So this cultural closed market nurtured careers like that of Charles Mackerras, whose English language  Janáček defined the ENO for many years.  However, the recording industry took off in the 1960's: everyone learned fro vinyl. CDs, DVDs and started to travel. By the time Lord Harewood died, the imperative for English had ceased to operate. Yet it would be over-simplistic to suggest that the ENO should stop doing opera in translation. Some operas, such as the recent Puccini Girl of the Golden West sound great in  English (especially in idiomatic translation). If the ENO were to switch to original languages, it would run up against the Royal Opera House with its budget for real mega stars – with which the ENO could never compete.

Another advantage of keeping English at the ENO is that it provides a unique nurturing ground for training native English speakers. The ROH's Jette Parker Young Artists Scheme trains the best singers from all round the world. The ENO's young artists programme  benefits singers whose first language is English, giving them a unique grounding. The ENO has nurtured singers like Stuart Skelton, Roderick Williams, Roland Wood in recent years, and numerous more in the past. Nothing to be sniffed at!  It would be stupid to destroy this reservoir of expertise, which no micro mini companies can do as well on their own. Musicians congregate in London because its size and European links create opportunities that aren't easy to replicate.

It doesn't make sense for good non-English speakers to learn a part in English when they can get work elsewhere in the original language or in their own. Since there are quite a few very good English singers working regularly in Europe, it would be a good idea to attract them back to London. That would immeasurably enhance the image of British singing.

English language opera, from Purcell to Philip Glass, has always been part of the ENO identity. Mark Anthony Turnage wouldn't be headlining at the ROH if he hadn't shot to fame via the ENO. It's also perfect for Benjamin Britten, whose idiom is closer to chamber opera than grand opera in the French and Italian sense.  Birtwistle, Benjamin and Adès can fill the main auditorium at ROH, but less obviously bankable names are a safer bet at the Coliseum, which is why it's a good choice for newer music. Brian Ferneyhough's Shadowtime premiered at the Coliseum. The problem lies not with the ENO but with audiences conditioned to flee from modern opera, hardly knowing what it means. If even a big name like Julian Anderson is met with incomprehension by critics who ought to know better, what hope has the general public?  There is an adage, that cities get the opera houses they deserve. Has London dumbed down so much that it can't support the ENO?

Please see my numerous other posts on arts policy , the ENO and also this one on Anthony Whiteorth-Jones.
at February 03, 2015

"Paris supports more than one opera house, so does Berlin, why not London?" In Paris, as you know, the Opéra National runs two houses, plus there is the Opéra Comique and a fullish season at the Théâtre des Champs Elysées and some opera at the Châtelet. Budapest's State Opera also runs two, Prague has at least three, USW...

I see that coincidentally the same discussion is under way in NYC as regards the City Opera.

"Not all that long ago, English people didn't eat garlic and thought olive il was for cleaning the ears." Many people wouldn't believe how recently. My family didn't drink coffee until Nescafé got going, my mother never cooked pasta of any kind (though we did have tinned spaghetti), the first avocados she ever bought were thrown away, as hard as potatoes, you bought olive oil in tiny bottles at the chemists's, etc...

I saw my first "proper" opera productions at ENO. It was cheaper and less intimidating than the ROH.